i would like to see a game with Mario killing Nazis. 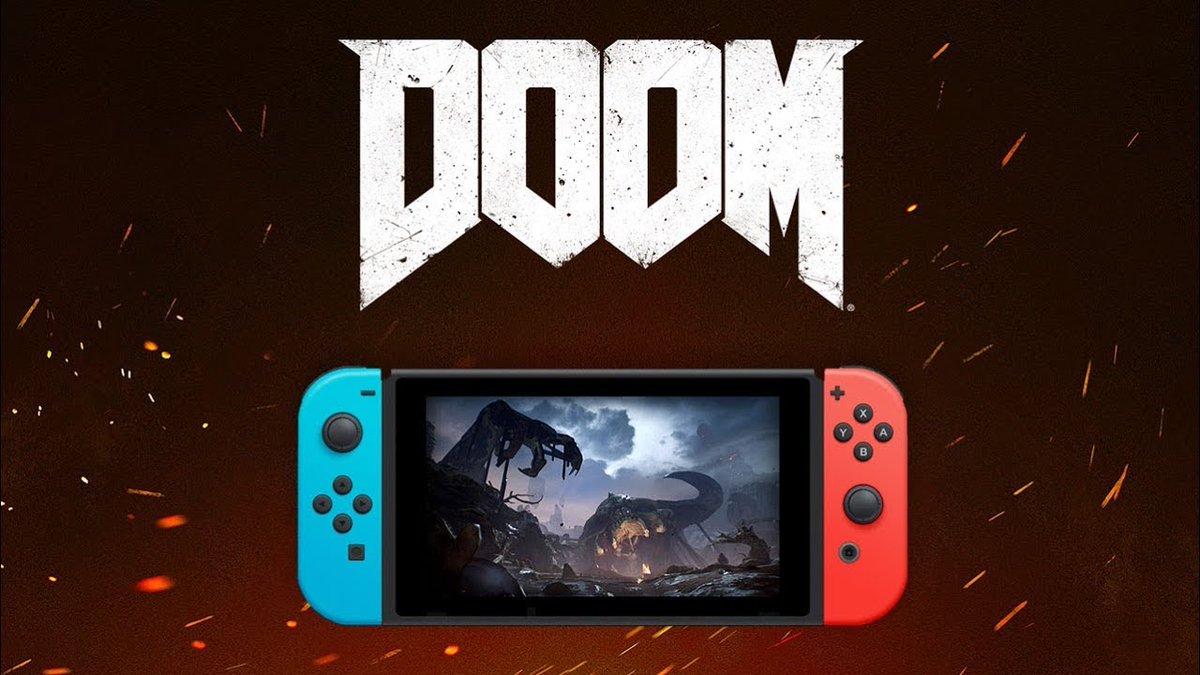 Bethesda has been supporting Switch much more than any other prior Nintendo platforms. The Elder Scrolls V: Skyrim and Doom made it to the system late last year, with Wolfenstein II following sometime in 2018.

In an interview at PAX East, Bethesda Softworks senior VP of marketing Pete Hines was asked quite a bit about Switch. The discussion started with the possibility of bringing other previously-released titles to the platform, to which Hines stated:

“It’ll just depend. It’ll depend on whether or not we think the game is a good fit for the platform technically and whether we think it’s something that audience wants on Switch. In that way, it’s literally no different than any other platform that we look at or any other game that we do. Hopefully, it’ll be a mix of both. If there’s stuff that folks want us to release on Switch and it’s a good fit and it works – great. If it’s new stuff going forward that we think is a good fit and will work on Switch, then we’ll do that too.”

Hines was also asked if Bethesda would consider bringing a single title to Switch – think Mario + Rabbids and Ubisoft:

“I don’t know, we’ll have to see. All of that stuff always comes down to the devs’ idea and what we think is a good fit idea wise and platform wise.”

Last but not least, Hines addressed the manner in which Bethesda has released its games on Switch. Thus far, they’ve come out after the initial launch on other platforms. Bethesda would prefer a simultaneous launch, but with The Elder Scrolls V: Skyrim and Doom, “that wasn’t possible.”

“That’s always our preference but in the case of Skyrim and DOOM, well, that wasn’t possible. In the case of Wolfenstein II, we needed the extra time and there was no way we were going to hold the other platforms to wait for Switch. From my perspective, any time we can bring it out on the Switch at the exact same time as the other platforms for new releases, I don’t know why we wouldn’t.”

A Mario crossover with Doom would also be awesome :P

A big nothing burger.

Generic answer aside, I'm sure they got decent numbers for all of their titles. Skyrim is going to reach 1m in 2018 and Doom might reach it at some point too. Wolfenstein might struggle due to the criticism the original release got. An inevitable Fallout 3/New Vegas Remaster will surely come to the Switch, and maybe The Evil Within Collection if they feel like it, but I doubt they will be able to bring things such as Fallout 4 or the eventual TES 6.

It would have been nice to get some info on how Skyrim/Doom are performing on Switch.

Obviously i dont expect exact sales figures but a generic, "they are meeting/exceeding our expectations" would have been enough.

But i dont think it would be impossible to get Fallout 4 up and running on Switch.

more classic "I don't want to say anything before we announce it ourselves" video game publisher crap.

I'm sure the machine is powerful enough for an adapted version of Fallout 4 to work on it. It's just that the game is unstable enough on the original consoles as it is, so I don't know how it would become if adapted seriously, or if the effords are too big for the trouble.

Give me a New Vegas remaster

I'm actually fairly confident Switch can handle a well done Fallout 4 port.  Skyrim Special Edition's engine is based on the Fallout 4 iteration but carries a good bit of the original Skyrim baggage that Fallout 4 doesn't have.  Fallout 4's iteration is more efficient and stable.  It would still need a custom port but it could work.

TES 6?  Impossible to say.  We don't know if they're keeping the same engine as Fallout 4 and upgrading it some more and if so what impacts that will have to performance, efficiency, spec requirements.  Or if they're going to a new engine and if so what it will be.

If Fallout 3 and New Vegas get special editions, yeah I could see those.  I could also see Evil Within 1 and 2, Prey, and the Dishonored games.  Some or all of those could show up, depends on how much they want to spend on ports vs new development.

Morrowind and Oblivion. Do it.