Forums - Nintendo Discussion - Level-5 CEO: All future main titles to be released for Switch, and more.

How long until Yokai Watch 4? even with the franchise in decline i think it should not take too long. 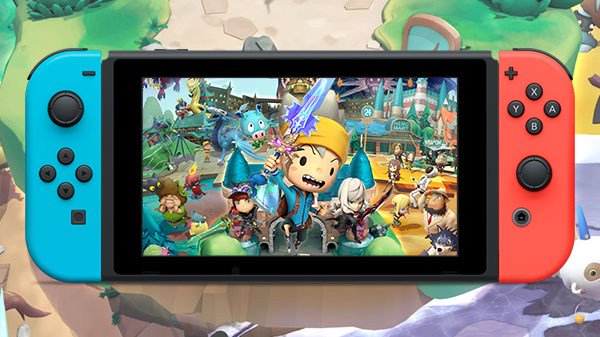 Nikkei Trendy has published a lengthy interview with Level-5 president and CEO Akihiro Hino, who discusses the company’s plans for Switch and confirms a Level-5 Vision 2018 event for fall.

Asked how the company plans to support Switch in the future, Hino responded, “Basically, in the future our main titles will all be released on Nintendo Switch. The idea is that what we have created for 3DS will move over to Switch.”

Level-5’s first Switch title will be The Snack World: Trejarers Gold, which is due out in Japan on April 12. Hino noted that property faced various struggles. For example, the timing of the video game’s release date was dicey; the anime progression was rough, and it didn’t feel like a year was enough time to prepare. While the toys had the performance to sell really well, Hino feels that if they had developed just a little quicker, they could have rode that boom. “The Switch version due out in April is quite good, so I would like to make another effort,” Hino said.

Asked to talk about the 20th anniversary of Level-5 and the company’s developments for 2018, Hino said, “First, I want to properly announce a completely new title for the 20th anniversary. At the moment we may be exhausted because of the release rush from last years push-backs, but since it’s the culmination showing how hard we’ve truly worked these past 20 years, I definitely want to do it:”

Asked what kind of year 2018 will be for Level-5, Hino said, “This year, I would like to properly thank everyone who worked with us so far, and further strengthen our relationships with those people. Whether business or creative, I would like to deepen our bonds with everyone more than ever before.”

Hino continued, “I would like to make clear our standing as a company in the industry during Level-5 Vision 2018, which will be held in the fall. In 2018, in addition to thanking the various companies that have been involved with us, this year will likely be a turning point where we will henceforth properly represent those relationships.”

The most recent Level-5 Vision event was held in 2016.

This makes sense. Level 5 provided a lot of 3DS support. Their games don't usually require beefy hardware. The Switch is selling like crazy. They would be stupid not to support the Switch.

Check out my art blog: http://jon-erich-art.blogspot.com

For japanese games the best way to go is indeed ps4/switch and in the west pc .

Something i have been saying since the annoucement of the switch most japanese games will be ps4/switch.

Now this sounds like fun, only Level-5 game I bought for my 3DS was Professor Layton and the Miracle Mask, never touched the 3DS for years now, now if they port all their 3DS games(and some from other platforms if possible) on the Switch, it will really be a great move.

They supported the 3DS better than most thirds. Great to see that they are now moving on to the Switch.


Is what I *would* be saying if I could trust a single word these CEOs say. But given Bandai's big wigs seem to have flat out lied to their investor's with their promise of announcing "game after game after game" for the Switch from that moment on *directly to their investor's faces* (who need I remind you they are legally obligated to be honest with), I will take the stance of "I'll believe it when I can hold the games in my hands".

Also not encouraging that they seem to be waiting to properly announce anything of worth until FALL. Dev kits went out over a year and a half ago and we all know YOU got one. Have you been using it as a tea tray?

Also, would it kill you to maybe bug Bandai and other partners about porting your games to Switch? No need to strain yourselves, just outsource it to someone competent like all your competitors busily beating you to the punch are doing? No? Didn't think so.

That's nice. I'd love to see a Prof. Layton compillation on the Switch. The touchscreen should be able to make up for the lack of doublescreen.

We got some shit for that, but glad it's happening. It only makes sense and doesn't take a crystal ball to predict. Level 5 has to be on board with Nintendo if they want to better themselves at least in Japan.