The character I am talking about is John Doe or as you better known as The Joke from Telltale's Batman series.

Now you are probably wondering what makes this joker so special.

Well its simple, the changes Telltale brought to this character were not just refreshing, but also very intriguing, sad, and memorable all at the same time.

Basically what Telltale did was instead having him be a psycho who just wants to create chaos in order to have fun, they make into someone whose not mentally stable at all, but is still much more calm and collected and yet at any moment could snap. 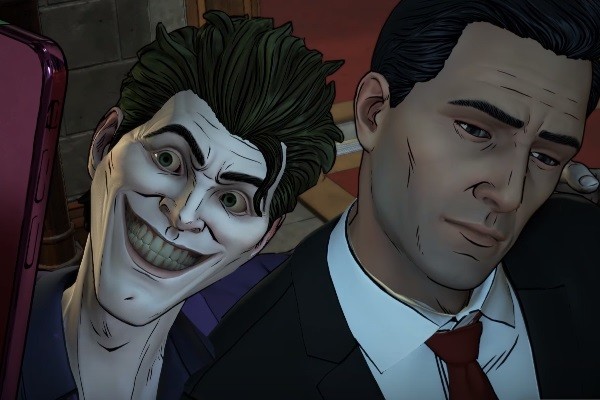 Now how you handled Bruce's relationship with the Joker is very important, as depending if he considers him and Bruce to be friends by end of the episode 4 will completely change how episode 5 plays out.

These interactions you had with him, really made me like feel bad for the guy, as he is clearly someone who just wants someone to connect with and I  felt like shit each time I had manipulate him in order to bring down the second seasons villains. Without spoiling much, in the route I got for episode 5, the last time you get to interact with The Joker, he ask Bruce if he truly did consider them to be friends and I answered yes, as I loved their interactions and really did feel bad for poor guy.

Sorry for the bad grammar I am writing this at like 3 AM and was originally writing a much longer and spoiler heavy post on this topic.