Forums - General Discussion - this thread is over and done with- can be locked if someone wishes to take their time to do it.

I'm not saying that Nintendo shouldn't want it, but I'm saying that it shouldn't be that important to you, as you're probably able to enjoy all the games and content as it is.

Let me quote a line from your thread;

"What can this mean? Is Nintendo doomed and is Switch such a failure, that Nintendo needs to go on selling cardboard..."

That is something you typed yourself, but it's supposed to be "quite clear" that you don't think Nintendo is doomed or the Switch is a failure? I have absolutely no intention of reopening the thread, and that isn't why I suggested you PM me.

If you were actually TRYING to "walk the thin line" between trolling and being serious, I suggest you cut it out, borderline threads are frowned upon as it is, and as a "new" member you shouldn't be looking to make such a poor first impression.

I like the litter thread because it's a simple topic that everyone has an answer to and also because the thread writes itself. From a simple question you'll get answers that spark a discussion about the ecological impact of littering. You need to decide what type of thread host you want to be. Do you want to be lassiez-faire and let the thread run itself or do you want to guide the thread along into deeper discussions about your base topic.

You can be a hero or a villain, the choice is yours.

I see you started off on the wrong foot here, you made a bad bet and got burnt, it happens. I think one problem is you asked too many questions in one thread. Almost each of those could have been it's own thread, so don't think about it too hard, just ask a question and see how it goes, I think you have some good thread ideas. Once you have asked enough questions you start to get answers and then you have enough material to make your own opinion pieces.

Having some failed threads is good, you'll know what works and what doesn't. This time people thought you were trolling and the mods got involved, other than getting banned that's the worst case scenario. I would try to avoid making comedy threads for now since people have to know you're joking else people will just get confused and get angry. 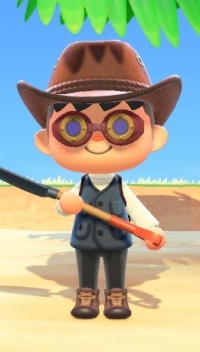 How about you take over the current political thread I'm making?

Or make a thread on this video.

I'll say to just avoid threads that looks like trolling. You kept in your first thread saying that Nintendo was doomed, followed by that really weird argument with the Vita's sales, and it was really hard to judge what were trolling and what were part of the argument, and if we should took those parts not seriously or the entire thread not seriously. It ended up making it more confusing and making the users unsure about how they should approach it.

Asking if something that is constantly breaking sales records is a failure and asking if Nintendo is doomed surely cannot be taken that seriously? I was trying to be funny, but it failed and I am sorry for all those that were injured during the process. I have a bad sense of humor, what more can I say.

I didn´t realize what you meant by PM you, so I am sorry about that too.

I got my answers that I wanted and this thread is ready to be closed (I will try to destroy it by myself, but I don´t know if I am able to or know how to)

Thanks for all the tips and advise. I will surely need them. And use them. As far as the word "doomed" goes, I am planning on boycotting it, its too dangerous for me.

my only question is: do you belive Switch will outsell Vita or not?

I am just joking! I belive it! It will very soon or may already has outsold Vita. As I once said: "I believe in Nintendo".

Outselling PS4 is the mystery that will unfold with time. I think that it can, by a large margin, but will it? I don´t know and I believe that I don´t have to know. In that case it would be guessing and not believing.

Hmm, a ban or even locking a thread seems a bit excessive on a thread like that, and this is coming from a Nintendo fan. I guess it could be seen as a bit provocative, but it sounds pretty clear to me that it's at least partially a joke, in which case what's the harm in it? I mean I don't see much point in the thread but still..

People should be allowed to post their sales predictions and insights, no matter how misguided they may be ;)

I even think having some fun w/cheeky sarcasm and light trolling should be fine as long as it's not directly insulting someone or a fanbase, (or I suppose also blatantly trying to rustle feathers by taking unfair below-the-belt jabs at a console or company) but hey, I'm a writer, not a mod :P