Currently, the new Tomb Raider have 50% on Rotten Tomatoes and it is officially the game adaptation with the biggest score on Rotten, wich is kinda sad. On the other hand, it is quite interesting how well received movies about videogames are. I am not talking about movies adapting a game, but movies ABOUT games or movies where videogames have a huge focus.

If you look around, Ready Player One is getting praised before release, Jumanji 2 went on to almost making a billion on the box office, Wreck-It Ralph even got nominated for an Oscar (Brave winning that year makes me want to cry blood btw), Tron became a cult classic that basically introduced movies to cgi effects, Wargames was declared one of the bests Cold War related movies,The Last Starfighter became a really profitable franchise on the 80's and some others that did got some cult following after release. 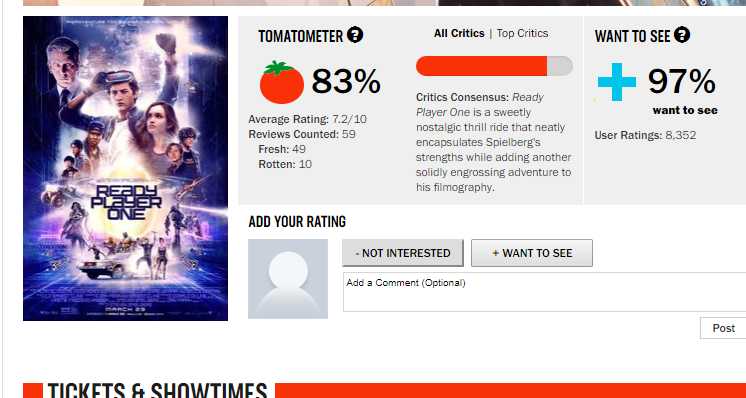 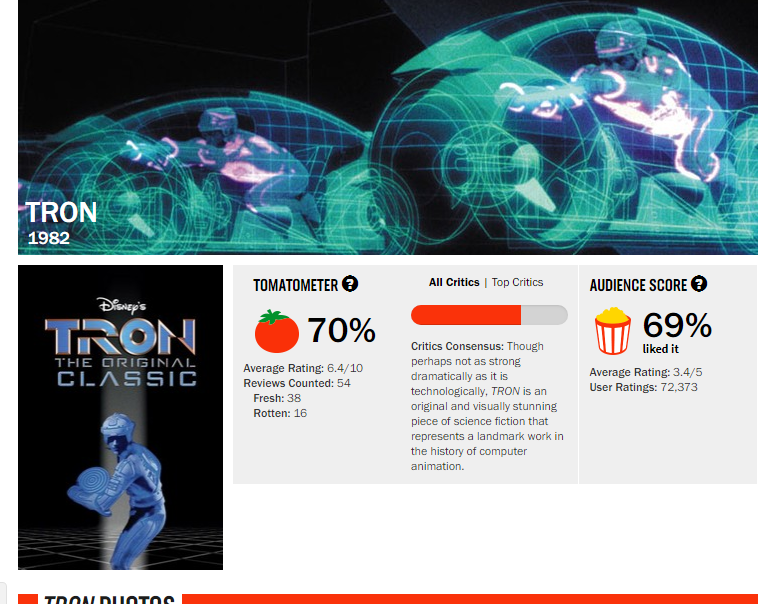 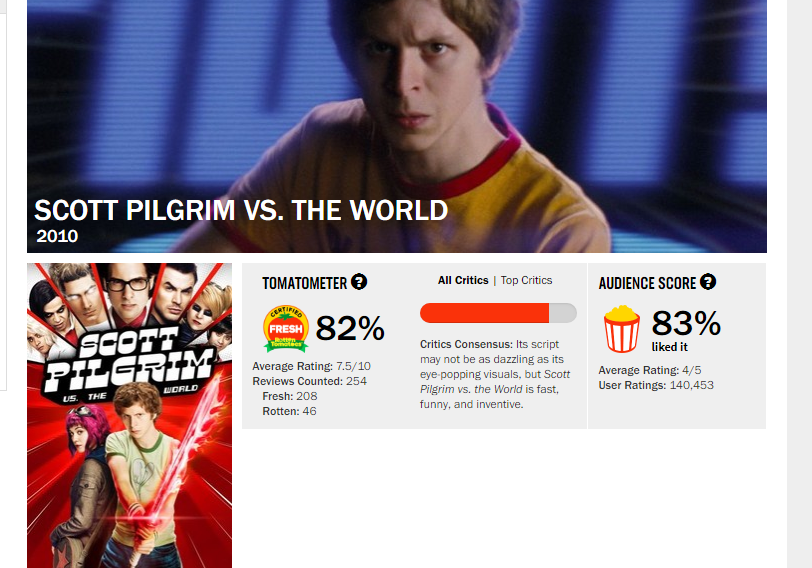 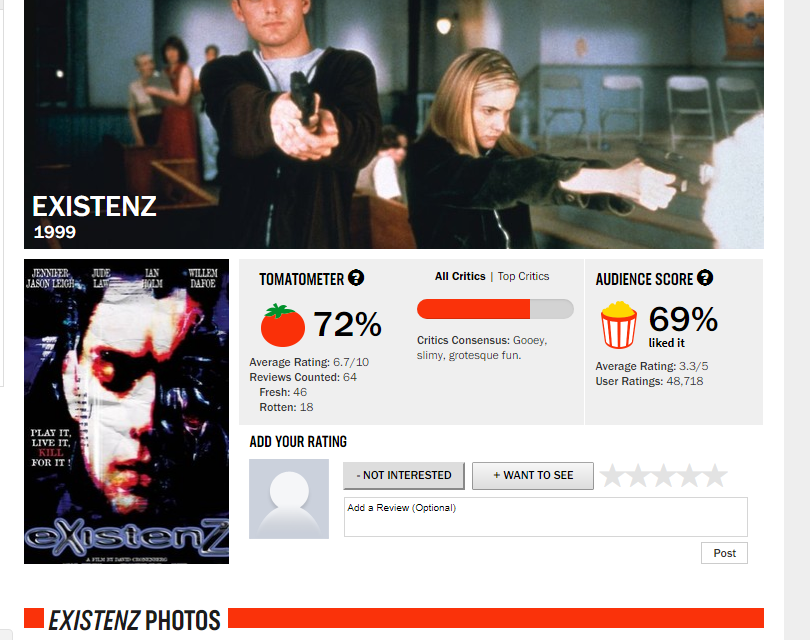 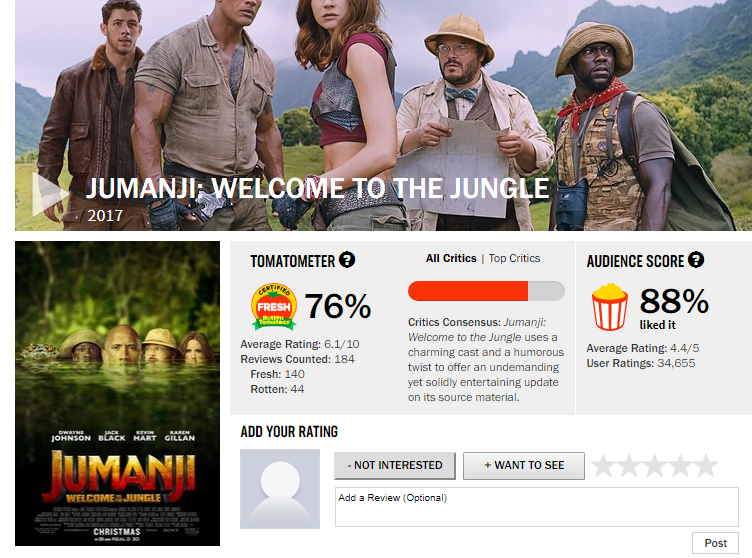 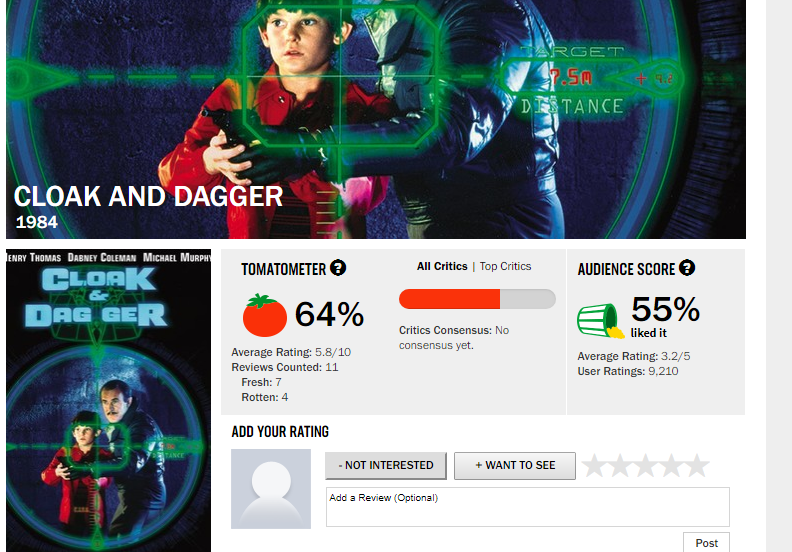 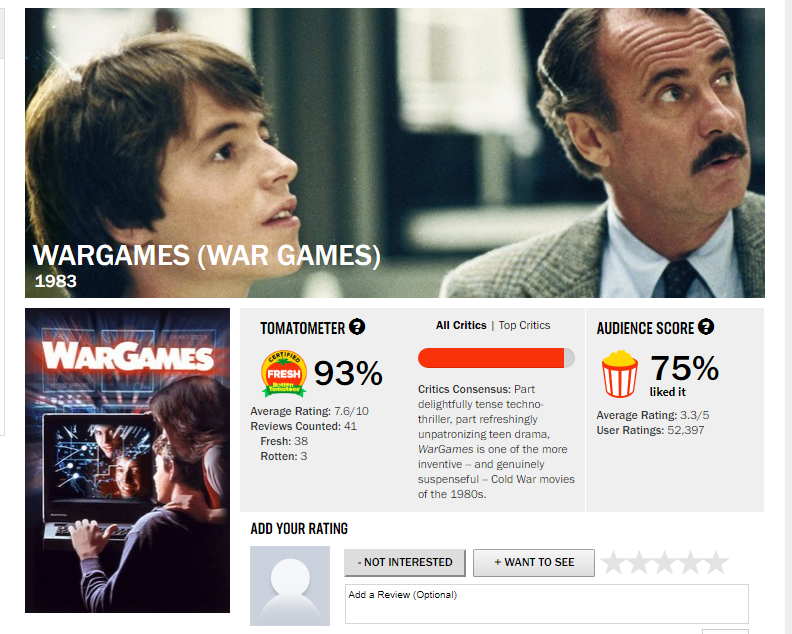 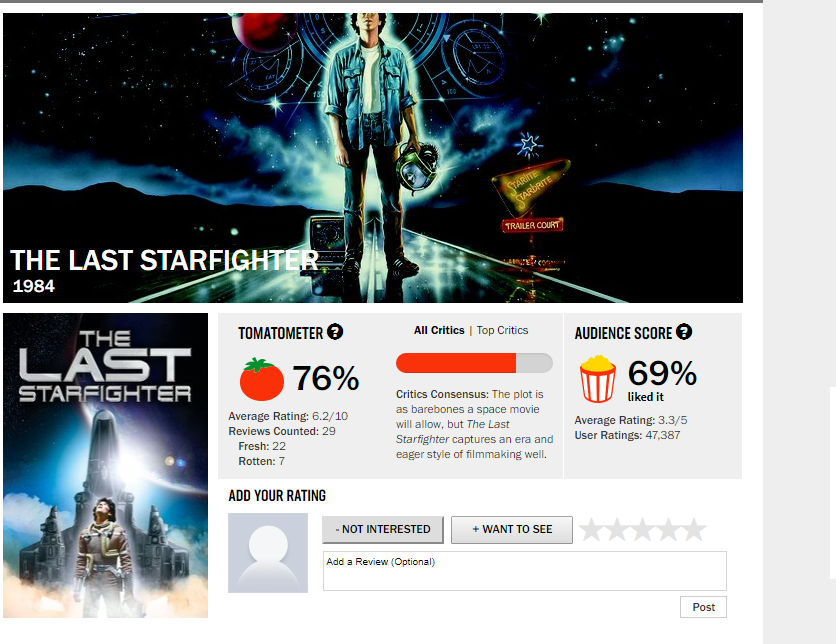 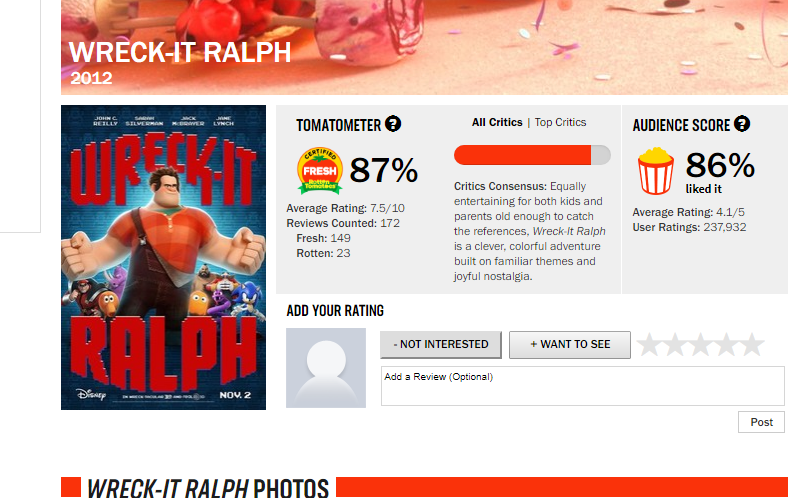 And then we have other segments were the videogame theme is even more acclaimed: Documentaries. The King of Kong have an impressive 97% approval on Rottel from 101 critics, Indie Game the Movie even straight up won on Sundance, and even if unfortunatelly they don't have score on Rotten, Ecstasy of Order, Chasing Ghosts and Atari: Game Over also got a lot of praise. 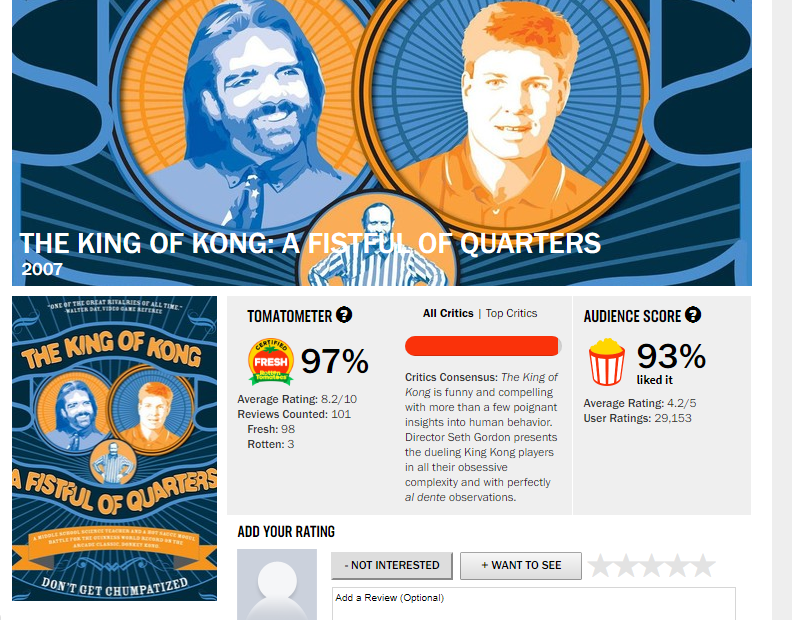 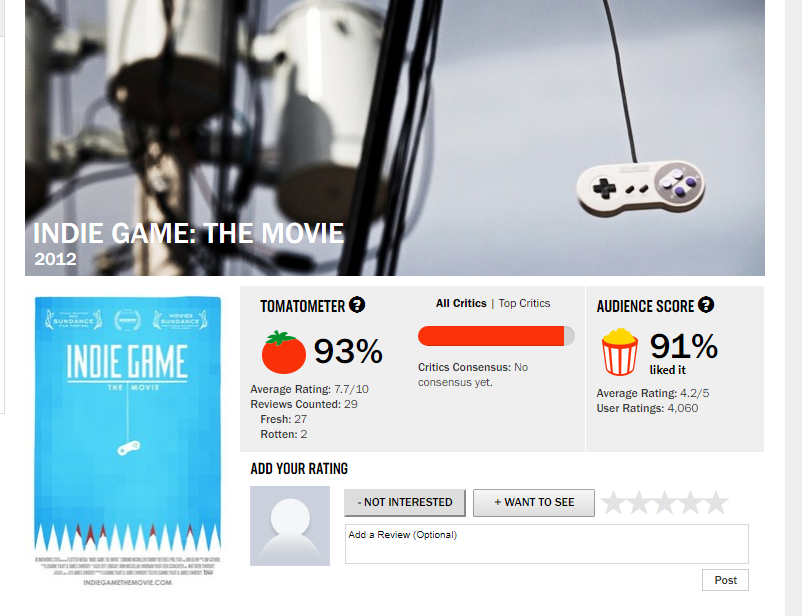 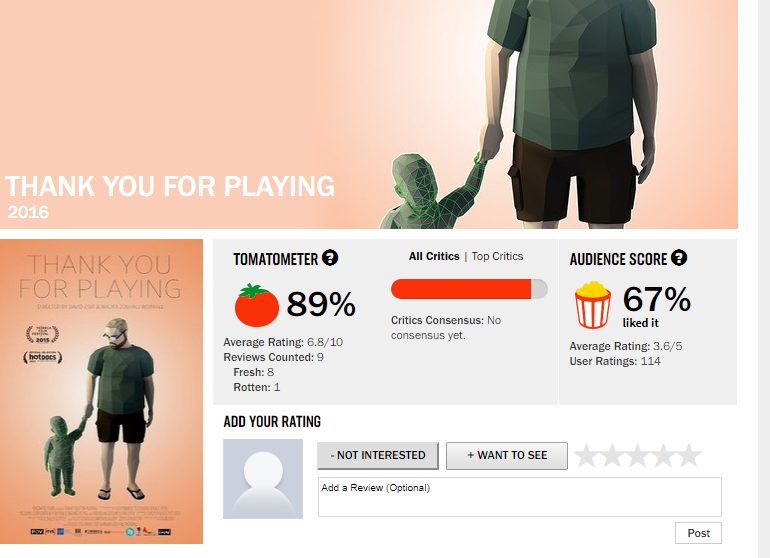 But of course, not everything is perfect and movies like Spy Kids 3D, Gamer, Pixels and The Wizard got bombed by the critics (The last 3 are kinda of a guilty pleasure for me :P ) and Tron Legacy got the universal "meh". But even Pixels, Tron Legacy and Spy Kids 3D getting the shit they still made a lot of money on the box office. 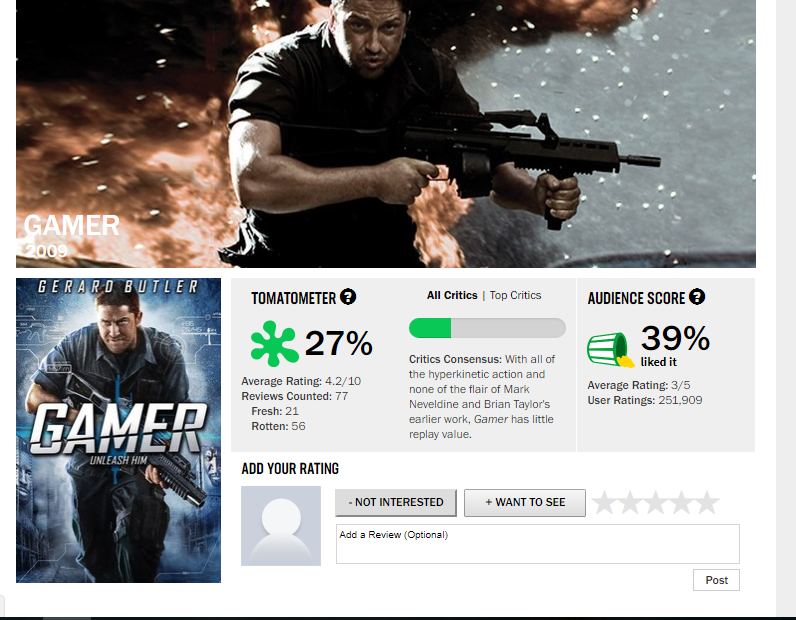 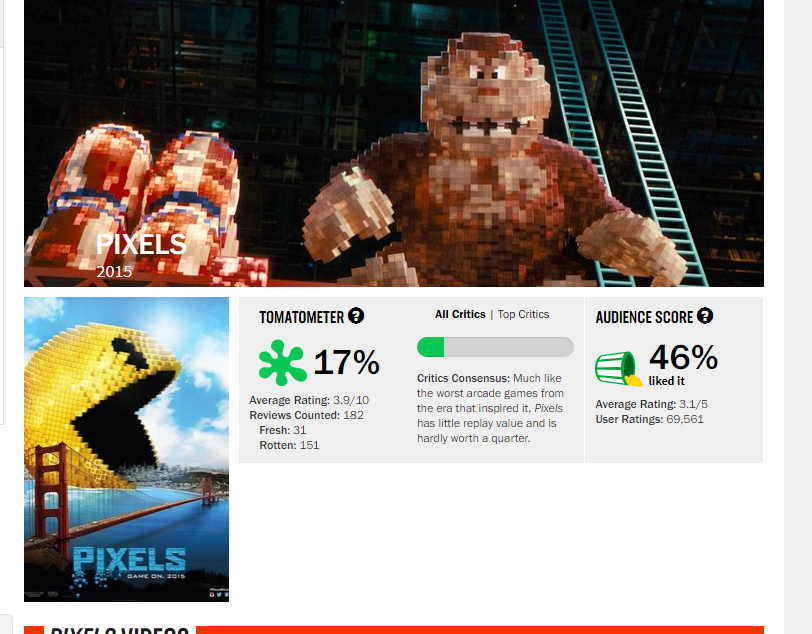 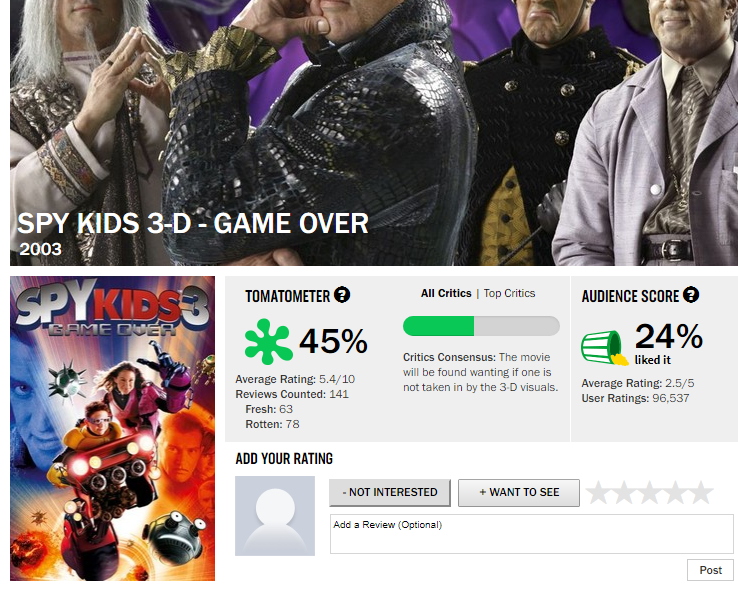 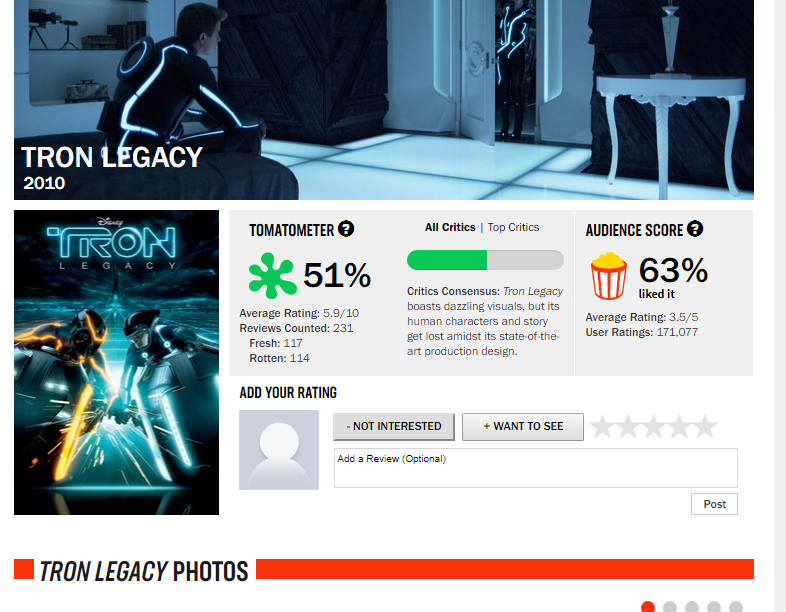 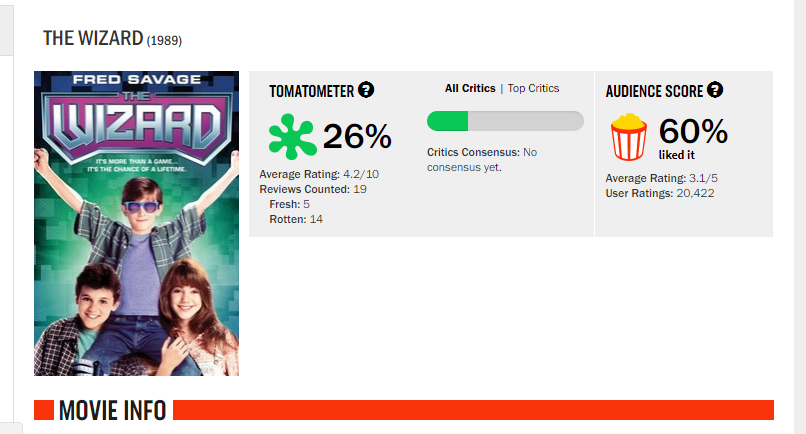 I am not trying to make an argument of any sort, I'm just posting this because I find really funny hot the producers have so much trouble when they try to adapt directly a game but still can be really successful when they try to make movies about the subject.

Movie adaptations of games have to work with weak source material as far as stories go. What makes games interesting is the interactivity, but with that being removed for a movie, there's only a shell left.

Movies about the topic of games aren't bound to any source material, so they are properly written like actual movies, hence the notably better results.

Does this mean the SAO live action movie is going to be this generation's Citizen Kane?

Is that really being made?

That is a really good explanation. Still don't excuse the poor directing and poor acting of most of game adaptations tho.

Apparently it's getting a live action Netflix TV series

But who cares if the movie is being made now or later? It will happen eventually. That's what happens to all popular anime.

If we look at the vice versa situation - movies adapted to video games - it has been very common that many corners were cut during development because the movie license itself costed a lot of money. That's why most video games based on movies have sucked. The quality of the game was of little concern, because fans of the movie would buy the game anyway.

If a movie studio pays for a video game license, it's probably not too different. They settle for mediocre authors, directors and actors because fans of the video games will pay to watch the movie anyway.

All these bad game adaptations are a real missed opportunity. Unlike books or certain comics that live or die by their story and whose film adaptations probably can't live up to their source material in the first place, games don't inherently need good stories (though they are appreciated). It's a shame more studios don't take that opportunity to improve on the game's storytelling, injecting better writing and more substance to add something of value to franchises. Laziness and perhaps even cynicism, I guess. =/

I plan on seeing RPO. I've been looking forward to it for about a year now. Hell, the last time I saw a movie in a theater was to see The Dark Knight. I think it's time I went back.

The thing I find the movies that try to adopt a game story is that you kind of are expecting to see something. So it doesn't feel new and exciting like the time you played it.

If it was a movie that had no prior influence I seem to enjoy it more.