Creative director Cory Barlog has a deep history with God of War. He served as art director on the original 2005 game, then as creative director for its acclaimed sequel. He even wrote Ghost of Sparta, the well-regarded PSP game developed by Ready At Dawn.

Living with Kratos for so many years gave Barlog a deep perspective on the character and his motivations. “We intentionally made him loathed, an antihero. Now we’re trying to make him a character you care about.”

But how? Barlog knew fans wouldn’t buy into a sudden tonal shift for the character. “It’s hard to believe somebody who’s a bad guy suddenly wants to change. You need a reason.”

That reason, Balrog reckoned, was family. By tasking Kratos with responsibility for another life, a more nuanced, sympathetic character could gradually emerge — thus multiplying the dramatic potential. 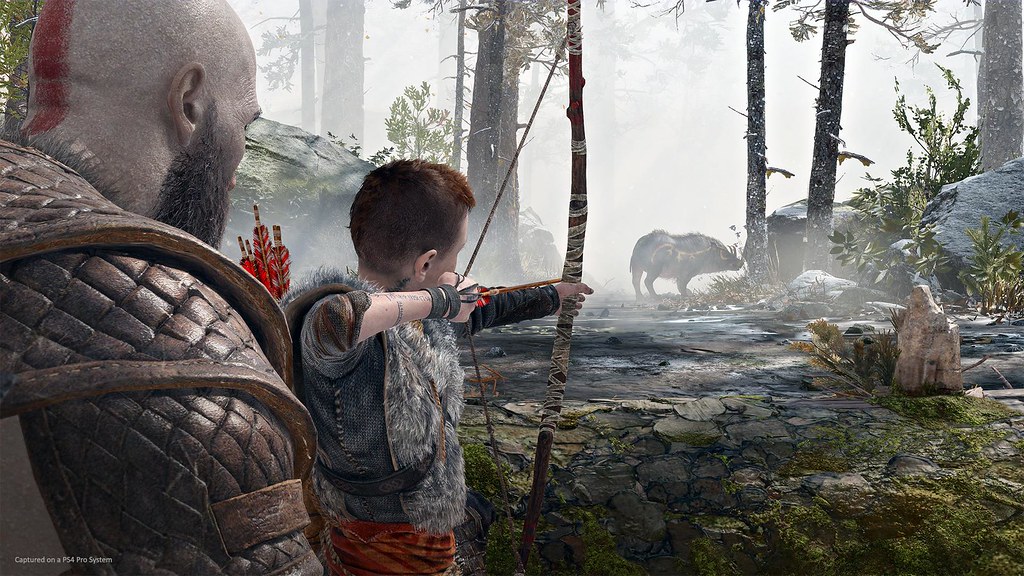 Enter Atreus, Kratos’s son and in-game companion. “Atreus is the mirror that shines on Kratos that makes him realize that he needs to change…. Atreus will pull the humanity out. Kratos will be shown his own humanity, and he’ll figure out how to embrace it.”

Barlog was adamant that Atreus always be a benefit to the player, never a detriment. “It is not an escort mission. You never have to take care of him.”

“It is not an escort mission. You never have to take care of him.”

Crafting an effective companion took an enormous group effort, and plenty of research. “We looked at everything,” Gameplay Engineering Lead Jeet Shroff explained. “For me personally, Elizabeth [Bioshock Infinite] and Ellie [The Last of Us] stood out as areas of inspiration.”

“We were cautious about what it would mean to introduce a companion character to a game of this scale,” Shroff elaborated. “Atreus will never steal a kill from you… he will always complement what you are doing.” 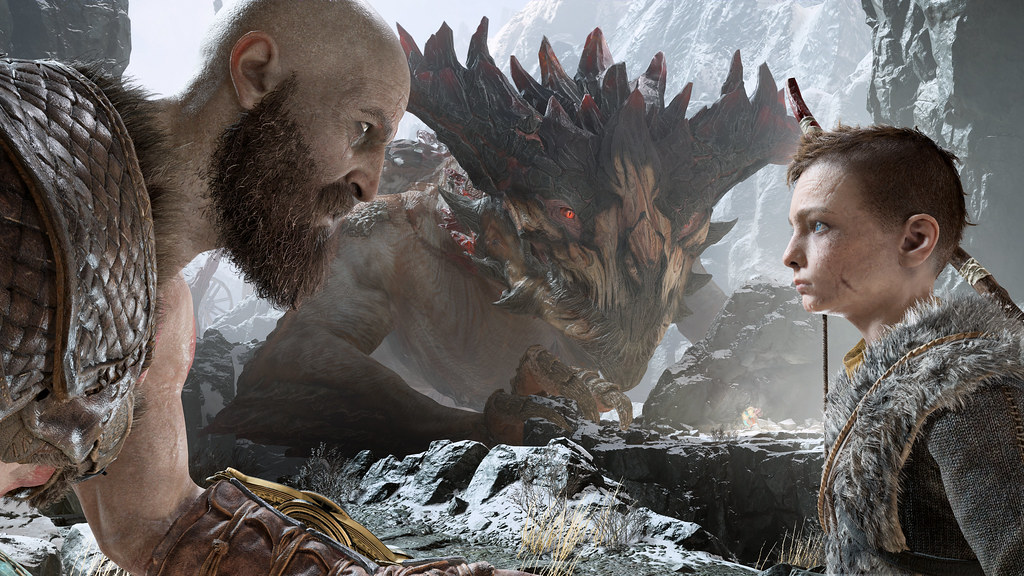 Barlog is fully aware that some players may view Atreus with skepticism. “There are times when [kids] can be a little annoying. Then they start to endear themselves to you.”

“Players in the playtests… they come in saying they hate children, this kid is such an annoyance, I don’t want him.”

“Halfway through, they say ‘he’s alright.’ All the way at end, they say ‘I really wanted to hate this kid, but he’s my favorite character in the game.’”

“I really wanted to hate this kid, but he’s my favorite character in the game.”

Indeed, based on my recent hands-on time with the game, Kratos’s son Atreus stood out as one of the game’s best new elements. His quips and arrows land with equal impact, and he never comes off as a burden or a chore. He points out secrets, proactively disables enemies, and remarks on the changing battlefield conditions.

And, tellingly, he seems to have the same anger management issues as dear old dad.

“There’s this fantastic arc that they go on that’s paralleling so many of our own lives,” Barlog teased. “Our own relationships with our children, or our parents. It’s so universal.”

I expect the relationship between Kratos and Atreus to be a key highlight when the final game finally lands on PS4 April 20.

I think the only way you can make a companion that isn't annoying is by making it so that companion doesn't need to be saved, or that you don't have to worry about them dying and getting a game over. Otherwise you're always going to be focusing on the AI rather than your own actions.

He was the most annoying companion the minute I saw him, can’t shut his big mouth.

Oh yeah, cuz subversing the overdone heroic fantasy protagonist with the most moral values isn't interesting enough, let's just get something that will make the average Joe care about our hero born from any heroic fantasy narrative you can find in your librairy.