As it stands at launch, it’s genuinely good fun with friends, but progressing to Pirate Legend is a long grind. Sea of Thieves needs a lot more briny depth before it’s the amazing voyage we’d hoped for, but so far the great cooperative moments are a good start.

Sea of Thieves is like the kiddy-pool at the waterpark. They’re both pirate-themed, they both feature fun activities improved by having friends with you, and they’re both shallow in the interest of keeping things entertaining without being dangerous. The stories Sea of Thieves gifts you and your crew are jubilant and silly, but many elements of the experience left me wanting, even when it delivered on the pirate life.

Sea of Thieves is bursting with potential for storytelling in a watery paradise, but doesn’t have enough to keep players coming back.

Jack of many trades, master of none. Sea of Thieves has a beautiful, wide ocean to explore. It's too bad that it feels about as deep as a puddle.

Sea of Thieves has the foundation of an incredible experience. It is a true pirate game that simulates the experience of piracy perfectly. And yet, after those first few jaw-dropping hours, you’re going to start feeling less like Blackbeard and more like Blackbeard’s accountant.

It is no wonder Sea of Thieves has drawn comparisons with No Man’s Sky – at its best, when it’s firing on all cylinders and you let yourself sink into its peculiar vision, it is majestic. The glint of the sun on the choppy waters, the friend who always gets lost in the caves, saving a hold full of chickens from drowning, standing on an island after a battle and watching your ship sink beneath the foam. These moments are the treasure. But are they enough? The problem is not only that there’s too little to do; it’s that you want so much more.

For now, it's a somewhat hollow game that can be fun for a handful of hours when played with friends, and something worth trying out if you happen to be an Xbox Game Pass subscriber. Even though it's hard to wholeheartedly recommend, I like enough of what I see to hold out hope that things will eventually improve as the game continues to be patched and updated with new content.

Going to stick with the prediction I gave in the league, I feel like it might be overall a good game but it'll have it's shortcomings

So this was embargo'd until day one?

I mean some people are already playing this, and there are still no reviews?

I think the servers for the final version goes live at the same time for everyone (I could be wrong) so I think that's why there's a delay.

I dont expect much from Sea of theives...

I dunno... just doesnt seem like it ll hold peoples attention for long.
I give it 2 month's and half its player base will be gone.

Keen to know how she performs. From early signals there is allot of praise for the game.
I have to say though, other than their Kinect games, I have thoroughly enjoyed every Rare release since the SNES days.

Sadly though, won't be picking it up, maybe after Microsoft releases the update so I am not stuck at only 1080P on my Xbox One X.

It doesnt run at 4k on the Xb1X ?
It doesnt seem to be that demanding a game (graphically), so that seems odd.

Alot of youtube comments, and remarks from people that played the beta imo wherent that positive.

Being in Australia I just don't have enough people to play with in my timezone, but I am going to give it a go single player on game pass. It looks really promising. 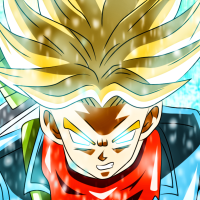