-No mention of Persona Q2

Smash, release date for Octopath and Mario Tennis basically carried this direct.The third party games were certainly surprises, but they are ports, not new games.And man, I really wanted to hear about FE.

Very strong. Better than some E3s Nintendo's had... 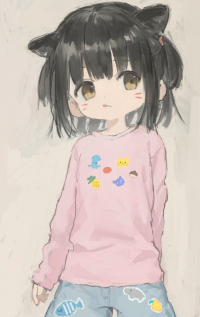 7.5 to 8 for me.Nothing really surprising but really solid direct overall.

Some cool surprises on both systems.

The 3DS still has life left, most of the new games we saw were ports.
But, I'm very much looking forward to the Luigi's Mansion remake! Hopefully with both games on the 3DS, this is a precursor for things to come....

As for the Switch,
Before:
There were a few surprises that I wasn't expecting like South Park and freaking Crash! I'm very much looking forward to those two games on the Switch!
Mario Tennis looked pretty good, but I'm still not likely to by it, at least not right away.
They got a little carried away, I felt with the ports, I mean 90% of the games the showed were nothing but ports.
I wasn't bothered too much by it, because I was sort of expecting that going in, but it was noticeable.
It was an average, decent Direct before.

9 as the was quite a lot in that Direct while still leaving E3 open for more suprises, right now we know Smash and FE are two major games that will be there.