Forums - Politics Discussion - Why is the United States so segregated?

That's terrible, it's sad to know that people like that still exist...

I didn't include the UK in my text because I don't know their culture that well. US's cultural racism might just be a heritage from the British, then.

Brazil and the United States are not as different as you might think. Brazil also has a lot of different states, 27 to be exact. And is a larger country than the mainland US.

About the USA becoming a warfaring country, that actually might be the case, I didn't think of that possibility. But still, that would only explain racism against Asian people.

I don't exactly know what your point is with that last line, but that is true to Brazil too.

I mean, the origin of the racism is clear to me. People were extremely racist in the times when slavery was permitted by law. My question is why both countries went in so opposite directions. While the US seemed to keep the division, Brazil gave birth to new ethnicities and incorporated the pre-existing ones as one unified country.

For me, it only seems fair that the wars the US has been involved on would actually unite people from different ethnicities in favor of one common purpose, but it didn't seem to work that well.

I don't know anything about Brazil other than easy stats.

The richness comment is just an example of how different USA is to Brazil. Brazilians aren't USA rich, no country is until China catches up but even then.

Brazil may be bigger than mainland USA, but USA has more population and more geographical differences. Brazil is mostly eastern urban with rainforest areas. While USA has west and eastern urban and things like rural midwest, mountainous, tropical-esque florida, snowy north etc.

Civil Rights in USA wasn't until 1960s with blatant racism. People still live from those times. (Idk about Brazil)

I don't see the U.S. as racist,but to each their own

Why would someone get asked what their race is?

The majority of the USA is actually not bad. What you are seeing is the free media we have, and all the extremes; it’s what gets shared online the most because it’s one hell of a money maker. The topic of racism is always in the media’s best interest if they want more clicks.

But the biggest mistake I see people making, even for people who live in the USA is believing in the media. There are reliable sources out there, but they aren’t what the masses follow. It used to be the media’s job to get news out there, but then it really just turned into how do we make more money.

That being said, yes, racism exists. Is it okay? No. But it will always exist and people need to learn to accept that bad things happen, and there will never be a utopia unless ruled under harsh regulations. Which would in turn, not make it a utopia. The culture is not to be racist, in day to day situations, you don’t enounter racism that often. And when you do, half the time someone is using the color of their skin to victimize them self based on a comment from someone that had nothing to do with their actual skin color.

There's certain segments of the US that are racist but the general population isn't. The only real difference between those segments is that some of them have power and some are entirely shunned for those beliefs.

Brazil rich clearly isn't USA rich, but USA poor isn't Brazil poor too. There's no way to measure this exactly, but I'd say the discrepancies are basically the same.

USA has a larger population than Brazil, but that's largely due to the number of huge cities in the country, not because of the geographical variety. Brazil basically has Rio and São Paulo as huge cities. And even then, Brazil is still the 6th most populous country in the world.

No, USA doesn't have more geographical differences than Brazil. And no, Brazil isn't mostly eastern urban with rainforest areas. Brazil has: In the northwest, small isolated cities and rainforest (the Amazon, the only place where there is still rainforest in Brazil). In the northeast, rural desert-like areas (the Caatinga, first image). In the center-west, rural marshy areas (the Pantanal). In the center-east, an eastern urban megalopolis (Rio-São Paulo, second image) and tropical beaches in the coast. In the south, big cities and mountainous/snowy areas (third image). 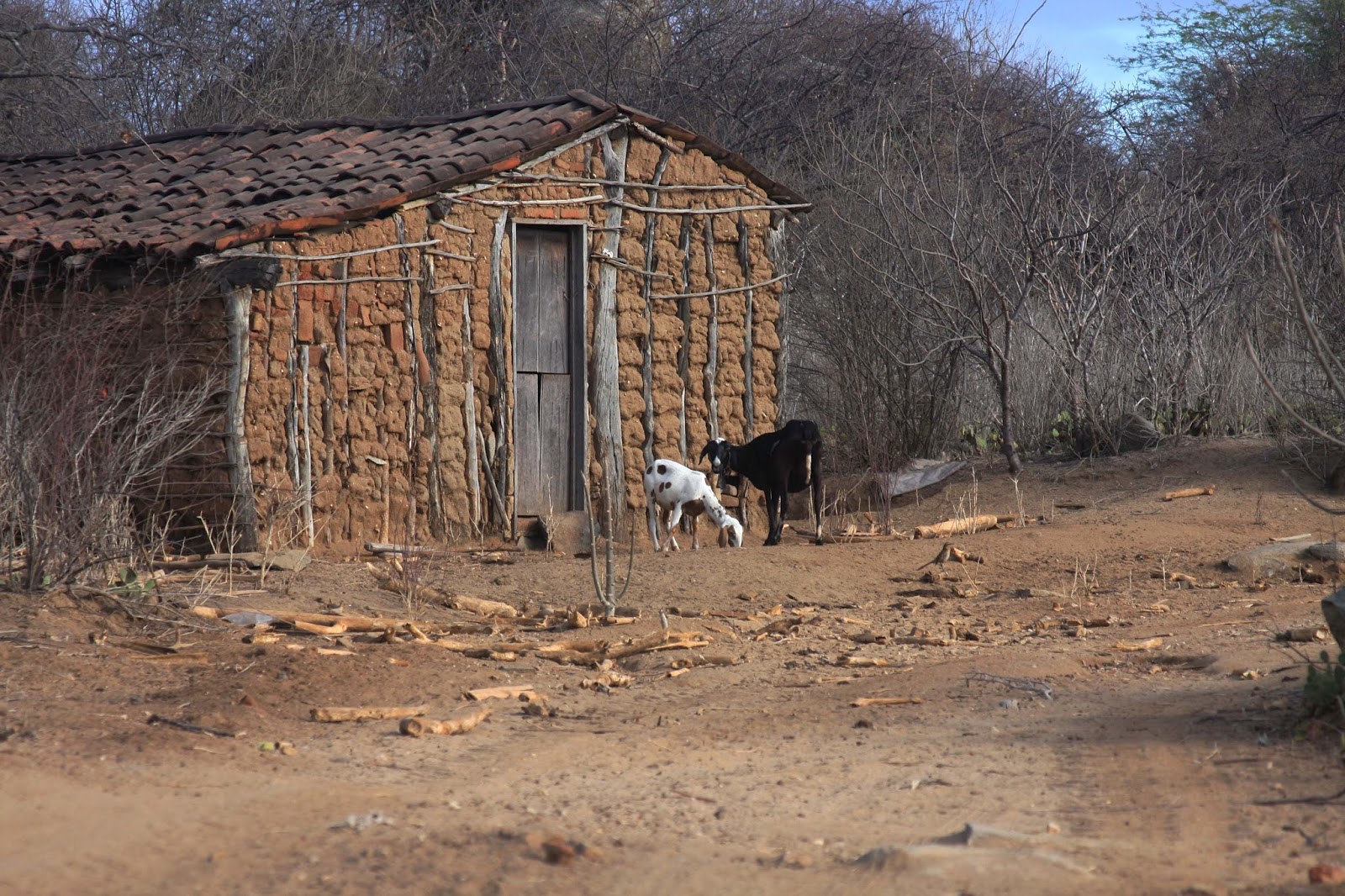 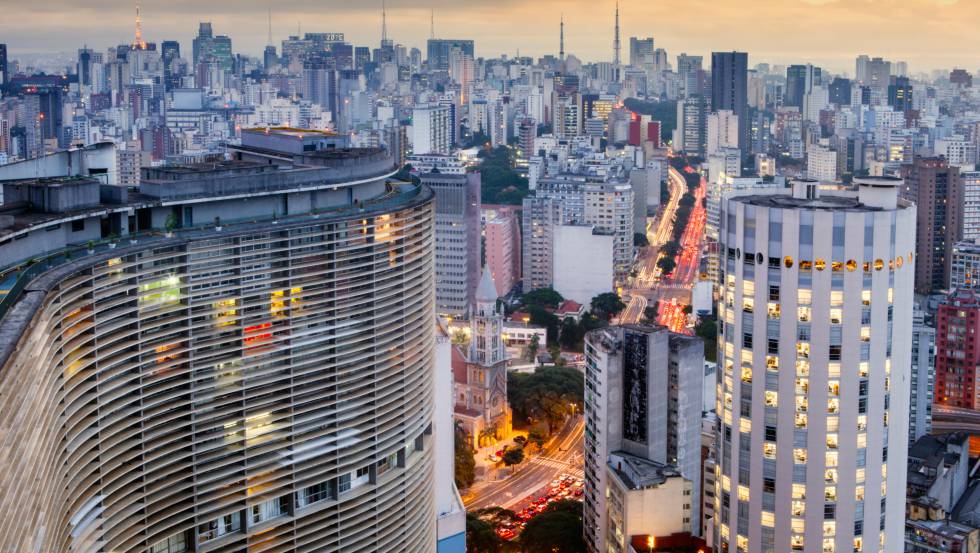 When you consider the Brazilian military dictatorship, Brazilian people only started to have the civil rights as we know today after 1985. Racism in the US was much worse, but why was it?

Yeah, I know the US is mostly comprised of white people. So was Brazil in the 19th century. My question is: Why didn't the USA population get mixed as did the Brazilian? If it had gotten mixed, racism probably wouldn't be so embedded in the culture.

That's unfortunately true. We have to try our best and minimize that part of us, though.

First time I entered the US, they asked me to fill in a form, and one of the questions was what my ethnicity is. That's a fairly common question in forms, actually.

Sorry, I don't think I was clear enough. This is much more of a historical question than it is a political one. My point is that the culture of the US is racist as it became normal to divide people into different races and attribute characteristics to each one of them. It became normal to say "Things Black Moms Say" or "black neighboorhood". Of course, people who say that aren't being racist, because this thing that was once racist became so embedded in the culture that it suddenly stopped being racist. It's kinda hard to explain to people that were raised in this culture, but I'm trying my best.

My question is how did that happen in a country based on immigration that has so many ethnicities? Why are the ethnicities so divided when the tendency was for them to get mixed (as it happened in Brazil)?

I'm not using racist here as "someone who thinks some ethnicities are superior", I'm using racist as "someone who divides people into races". And, in that sense, the US is racist. From that come terms that aren't offensive, but are racist, such as "white girl problems", "black culture", etc.