Confirmation that the switch is doing well in the UK, if any is needed:

Trade body Ukie said that there has been a “renaissance” in games consoles as Nintendo’s hybrid home console-meets-handheld device proved as popular in the UK as it has globally. Console sales, including the PS4 Pro and Xbox One X, grew 30% to £659m, reversing a sales decline since 2014.

I went to Game at Trafford centre last night after an outing with friends and I met 2 people inquiring about the switch , the switch game shelves were well stacked and some were even out of stock there.

My yearly gaming budget also hit a record 2017 thanks to Nintendo Switch and VR. 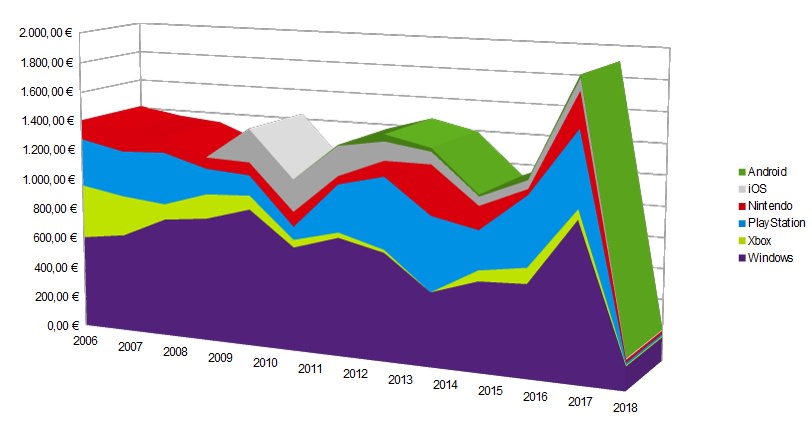 I don't get how this works. Did you spend the most on adnroid or Windows?

PC games of course, Android is only a thin line.

The most on Windows.

Can you add a 3D blue/red filter on it so I could understand 3D better?

Why not a good old 2D graph instead ?

No spatial imagination? Here you go in boring 2D: 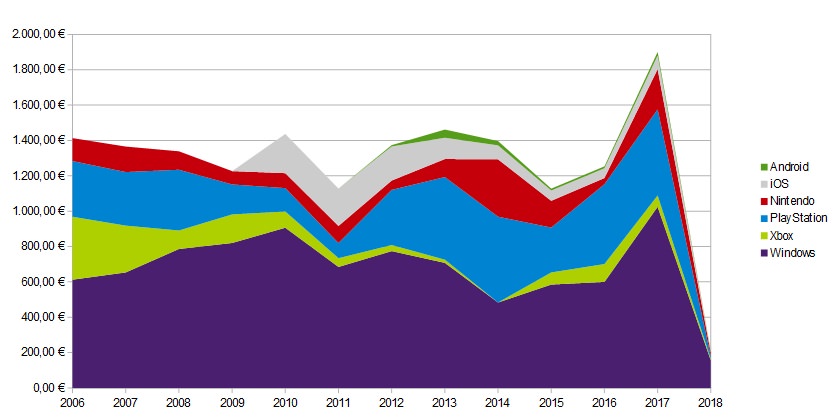 And for the fans of stacked columns: 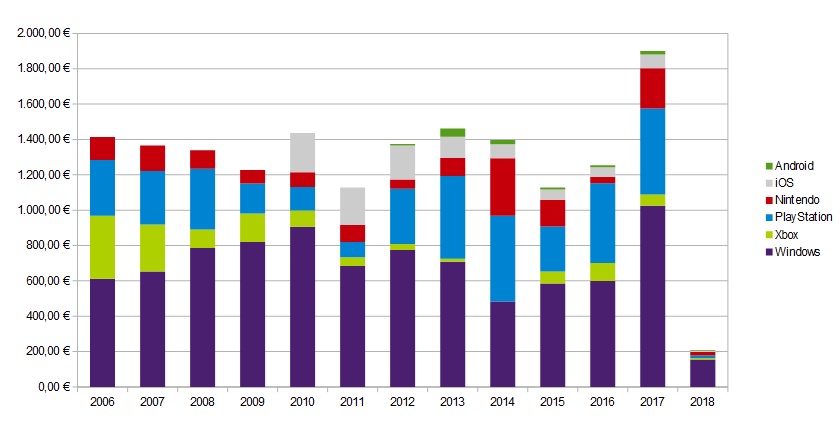 Did ps4 and xbox not make up the majority of 2017 revenue?

Great to hear Switch is doing well over there...last I heard is was strangely lacking compared to France and Germany.

Also great to hear VR is a factor and doing good.

2017 was a crazy year for the gaming biz for sure. Exciting times.