These charts include digital sales.

Also, there is this:

Demand for streaming services has helped UK consumer expenditure on entertainment (music, video, games) surpass spending on printed media (books, newspaper, magazine) for the first time in 2017, according to the Entertainment Retailers' Association (ERA). The main driven for this is the dramatic growth of digital services.

The ERA data shows that UK consumers spent GBP 7.2 billion on music, videos and games in 2017, up 8.8 percent from 2016, compared with GBP 7.1 billion on books, newspapers and magazines. Entertainment sales reached record levels for the 3rd consecutive year, with spending on the printed world stagnant and down from its peak of GBP 8.3 billion in 2017. 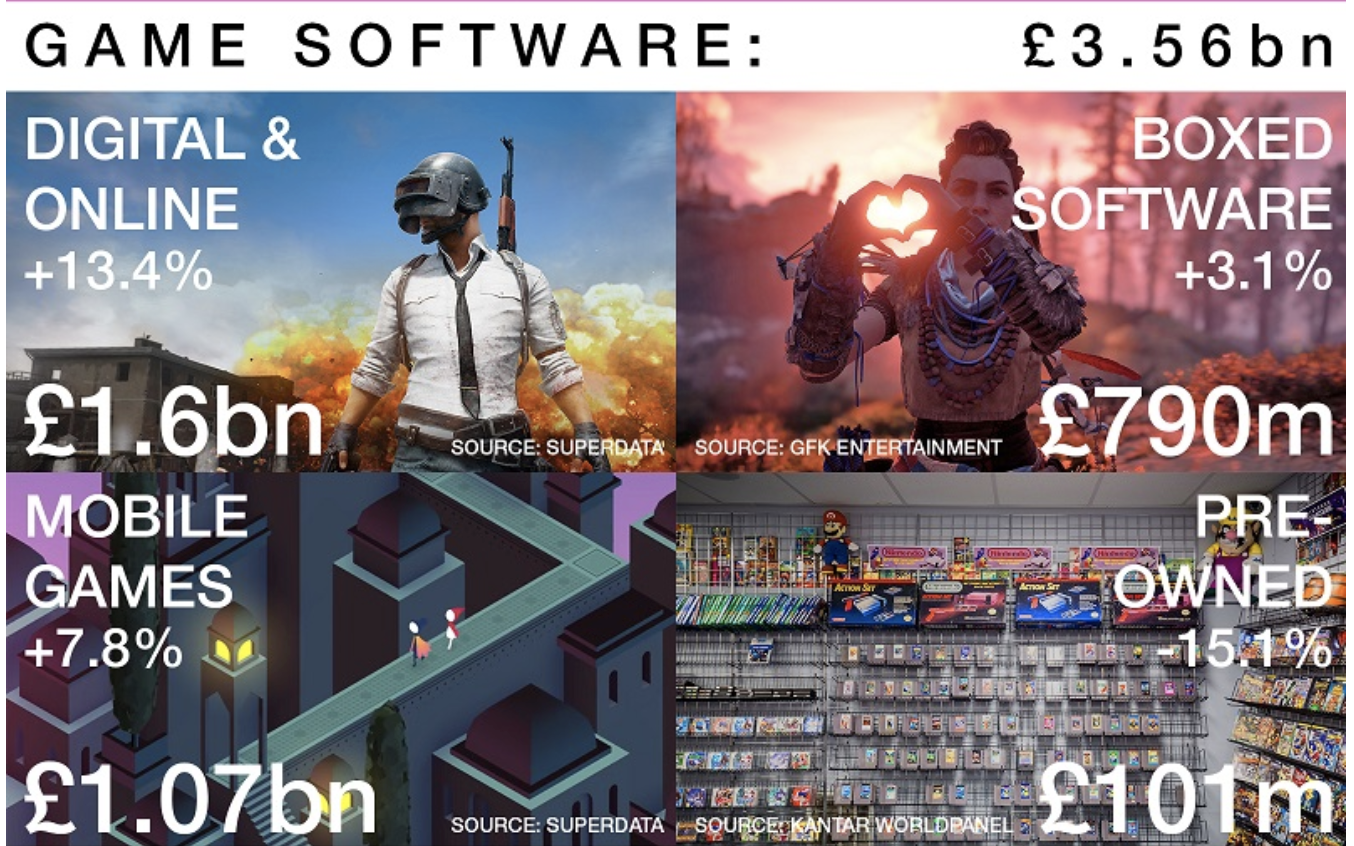 Some interesting info and impressive stats:

Ubisoft suggested Console Digital was around 40% for them this Holiday as I recall. We might just hit 50% next year.

Strange. I will make up a text version but it will take awhile.

Alright, sorry about the pictures not showing up. I found the charts on the official ERA site now and copied the table, everybody should be able to see it now.

I'm surprised no Nintendo games are there since for 2017 the top 3 selling games on Amazon were all Nintendo.

Wait, I thought music sales were in the their way down in retail, how did an album manage to be the best selling entertainment item on that list?