Forums - Sony Discussion - Which will sell more in its first year, Horizon or God of War?

Which will sell more?

A year ago everyone probably would have said God of War, but Horizon has come and surprised everyone.

With God of War taking a new direction and being an already established IP, do you think it can beat Horizon in its first year? Keep in mind that no God of War has ever sold close to what Horizon has achieved.

Let me know below. 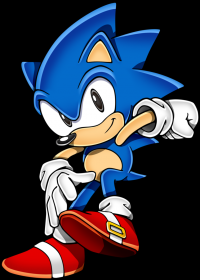 Even with Horizon's success I would still say God of War. it's an established franchise with a loyal fanbase, plus it has gained attention from many newcomers as well.

God of War's total sales will eclipse at 8-10 million. I don't think it can sell as much though. I guess it depends on the bundling.

I honestly dont know. I just hope GoW is good and if so I hope it smashes sales records.

I'll just say Horizon, since that's the one we already know.

Let me make sure I got this right. You think God of War will be between 8-10 million and you do not think HZD can sell as much even though we KNOW it is at or over 7.6 million as of Feb 28th? Did I read that right or did you mean something else?

Before I would have said GOW with no doubts now I am not sure....it will be close though either way!

How did you even read it that way?

God of War's total sales will eclipse at 8-10 million

That was the first line and I was like yeah seems good to me. Then right after that you said

I don't think it can sell as much though

And I was like okay he can't say GOW will sell 8-10 million then right after say it won't sell as much. SO is he talking about HZD which is at 7.6 million because that would be crazy.

So you were saying you think HZD will sell more and that GOW will not sell as much.....my bad man.

No problem. Nothing wrong with mistakes. I should have specified instead of saying "it"

This is actually a tough choice, because I really thing God of War will be the best selling game in the franchise... but since nobody expected Horizon to sell so well, especially in its first year alone, I'm gonna' go with it.