So far, besides some aged ports that, Surprise!, have held up well over time, and many indie games, the Nintendo Switch has very few actual big tier third party games.
Pay Day 2? I feel like that is many, many years old. Third parties are doing nothing different than what they did with the Wii. Giving us lazy ports that they barely put any effort into. At least with the Wii U they did not even try. It was a breath of fresh air to not have to wonder if we were getting a game or not. We just were not. Sure there were still a few stragglers. Project Cars, Watch Dogs, Skyrim ( yeah it was on old port then too), etc. But we did not have that pain and suffering of past systems that we had to live through.
Now I see games such as Far Cry 5, Assassins Creed, Fear Effect, Final Fantasy, Devil May Cry, God of War, among many many other games on the PS4 and even Xbox One. These two systems are still getting nearly every indie game the Switch has as well.
We have a fun concept like the Wii had as well. A portable Home console that you can break apart and use the sides as controllers. We have poor third party support other than third party indies, and we have a successful system that is wasting its potential on not fishing for the developers that matter. It can only last so long before people grow tired of it or Microsoft just makes their own portable Xbox one. Hell, if Sony would have did the Vita/PS4 thing earlier it may have ended up being just as big as the Switch.
Leaves a bad taste in my mouth.

spurge, there is a big mistake in your OP. 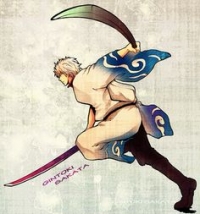 Very interesting. I love threads like this. It gets your thinking juices flowing.

I wanted to wright a sarcastic comment, but I can't really tell if I agree with this or not ...

If you want a PS4 or XB1 kinda experience, then buy either or both of those. I personally think its great to have different systems. Like the Genesis and SNES was. They are quite different, but there are many reasons to own both.

lets just hope it goes on to sell as poorly as it !!!!!! Damn Nintendo deserve it!

I think switch will get lots of 3rd party support but it’ll only be from Japanese developers. I can see switch becoming the home of the jrpg and good 1st party support. Let’s not forget part of the business strategy for the switch (despite what they say now) was so that Nintendo could ultimately put all their eggs in one basket and focus on one console rather than spreading their development teams over a home and portable machine. It’ll still take a good year or two to get there but I have faith we’ll see the fruits of their labor soon. Therefore we won’t really need so much third party support...If not I’ll just play my PS4

Switch has plenty of good 3rd party games that are really good along Nintendos own games (yes independet developers are 3rd party). Sure some games from the bigger companies would’t make the Switch worse but so far there are plenty of other games to play.

Well I really liked the Wii, so that's not a problem for me. It's selling just fine without the 3rd parties, and it is getting a lot more than I thought it would. If Fallout comes I'll be set for 3rd parties I actually want.