Heya all, Cloudman here making a Fire Emblem Heroes thread, mostly because... I just felt like doing so. I've really come to like the game, investing quite a lot of time into it. Collecting my favorite heroes, building them up with various skills, and making teams to battle with, whether it be story content, battling other players via arena, or playing with other players' units in the voting gauntlet. I just really want to talk Fire Emblem Heroes, haha.

I figure I can start off by showing off some of the fruits of my labor, as well as the collection of characters I've amassed since starting the game in the very beginning, haha. 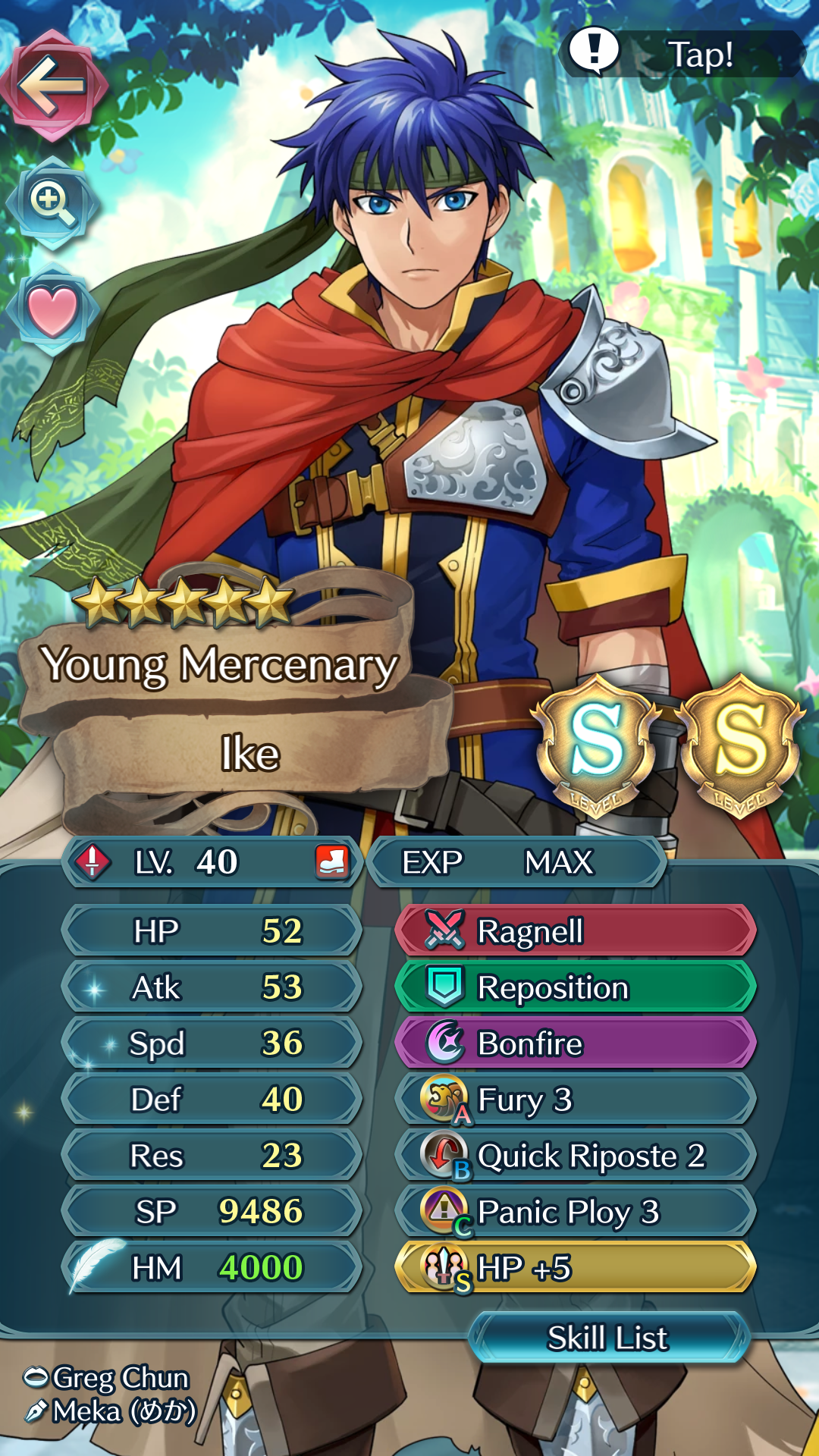 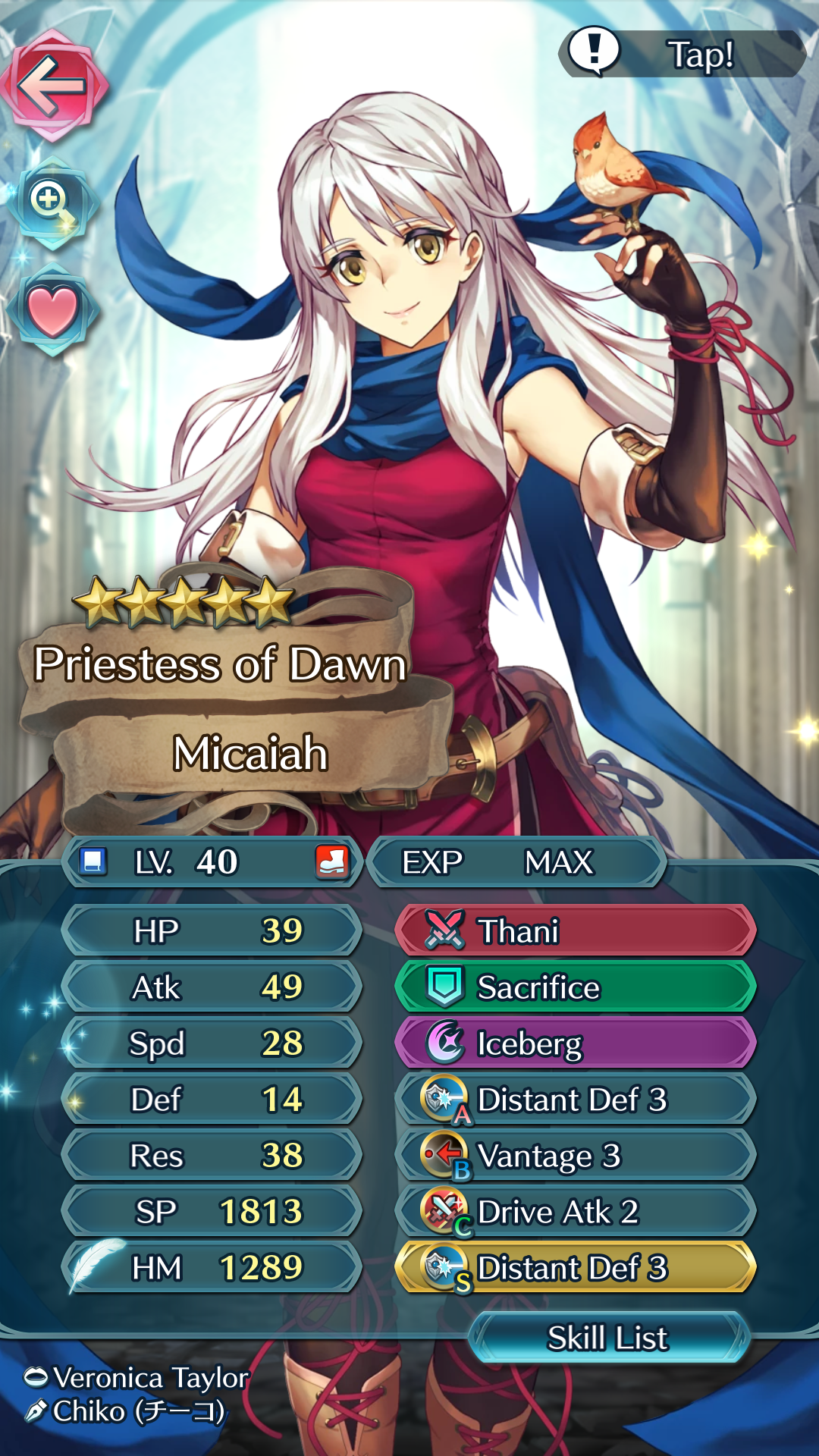 One of my most favorite girls in the series. Glad to have a Reinhardt/Brave Lyn killer finally. 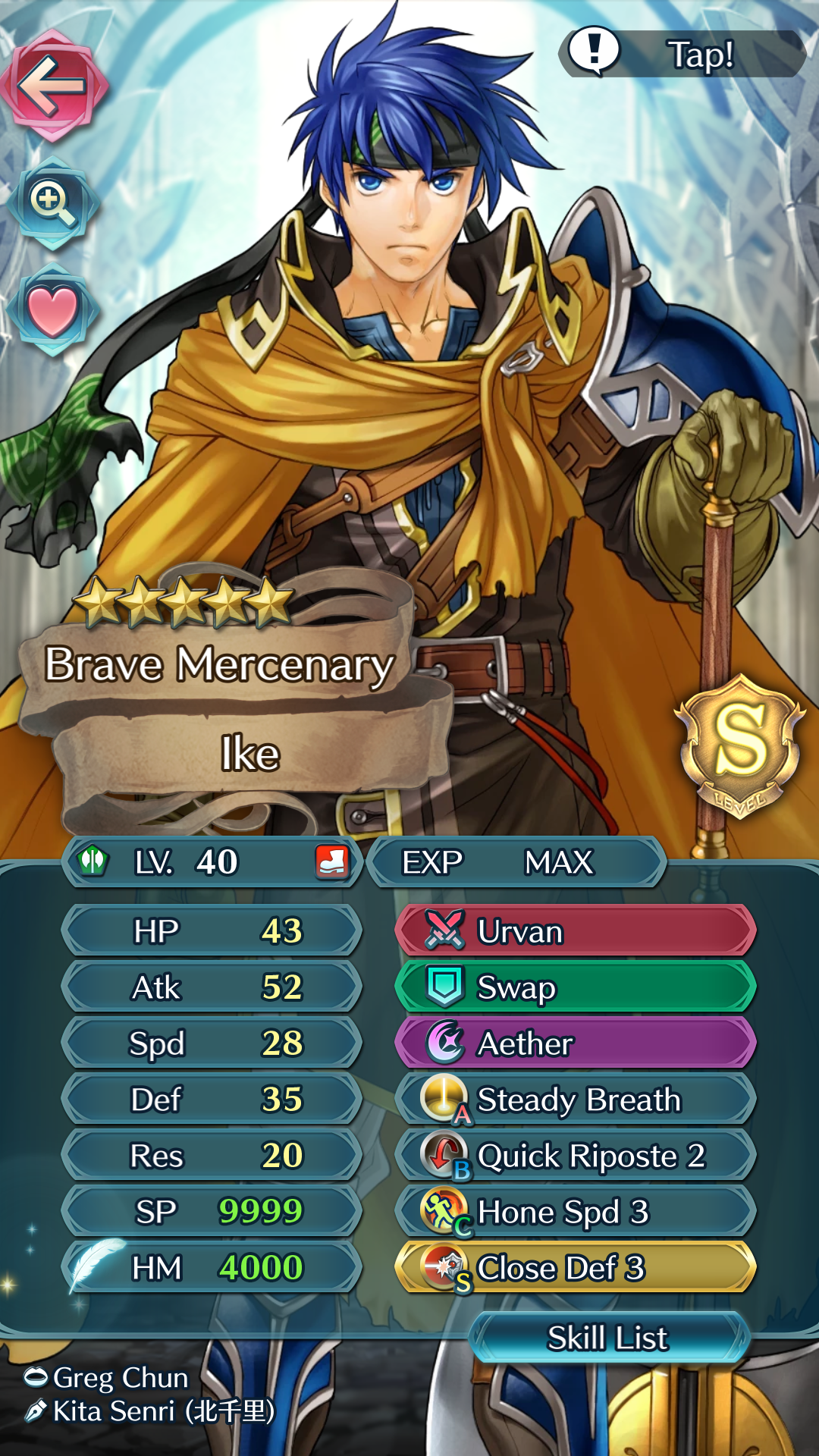 Love him so much, I have 2 of him on my main team xD 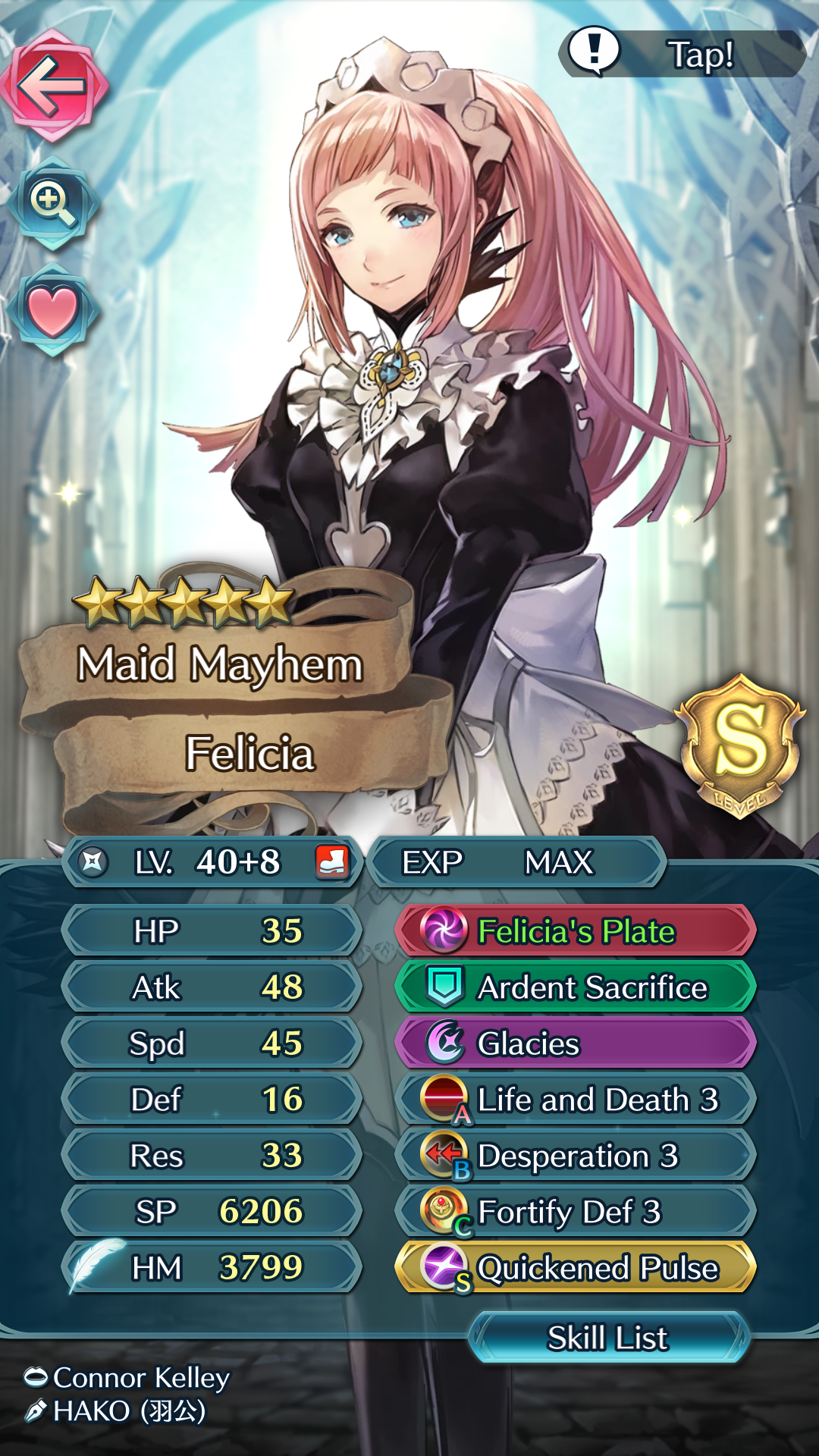 Probably my most odd unit, Felicia. It shows how much I love this character. My favorite girl in the series.

Next up is just all the 5* units I currently have in the game. 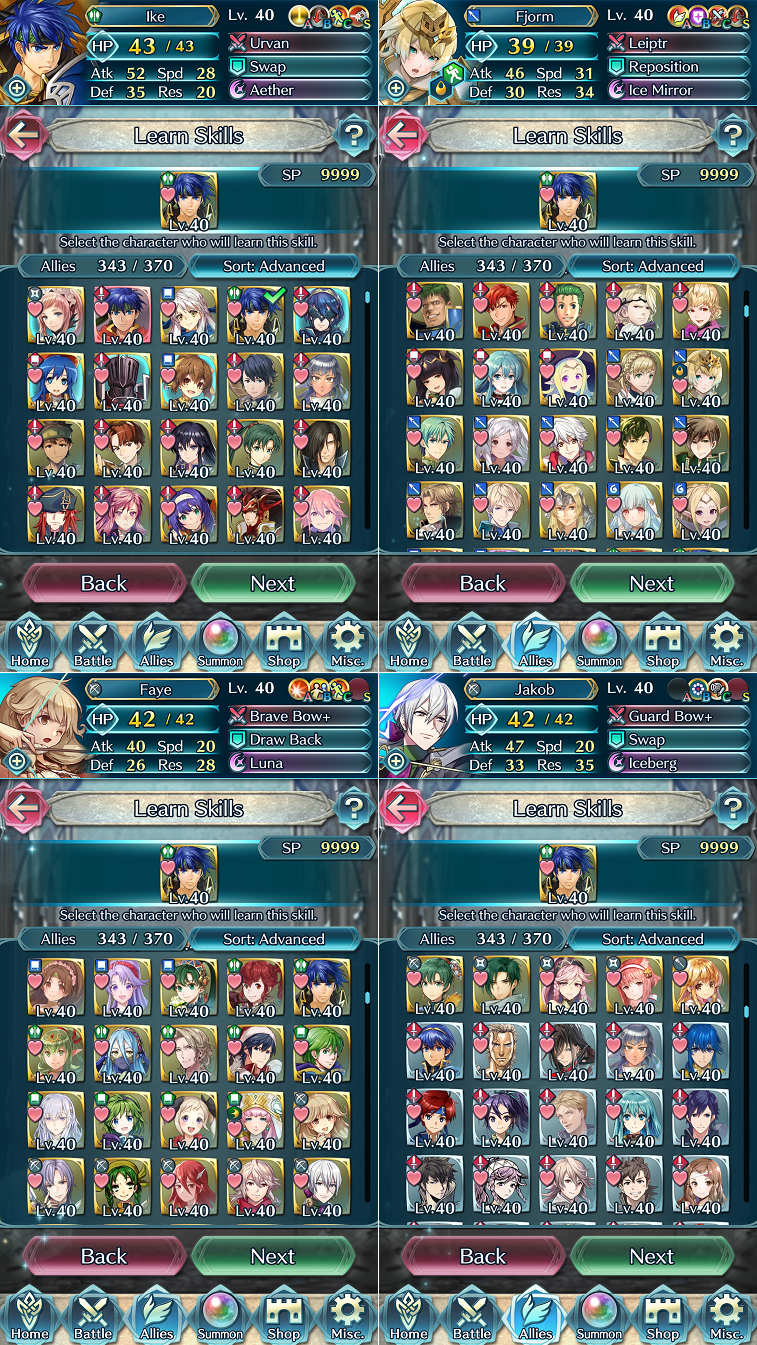 Just my own lil collection of golden heroes...

And finally, just a picture of using one of my teams, my Tempest Trial Armor Emblem Team. 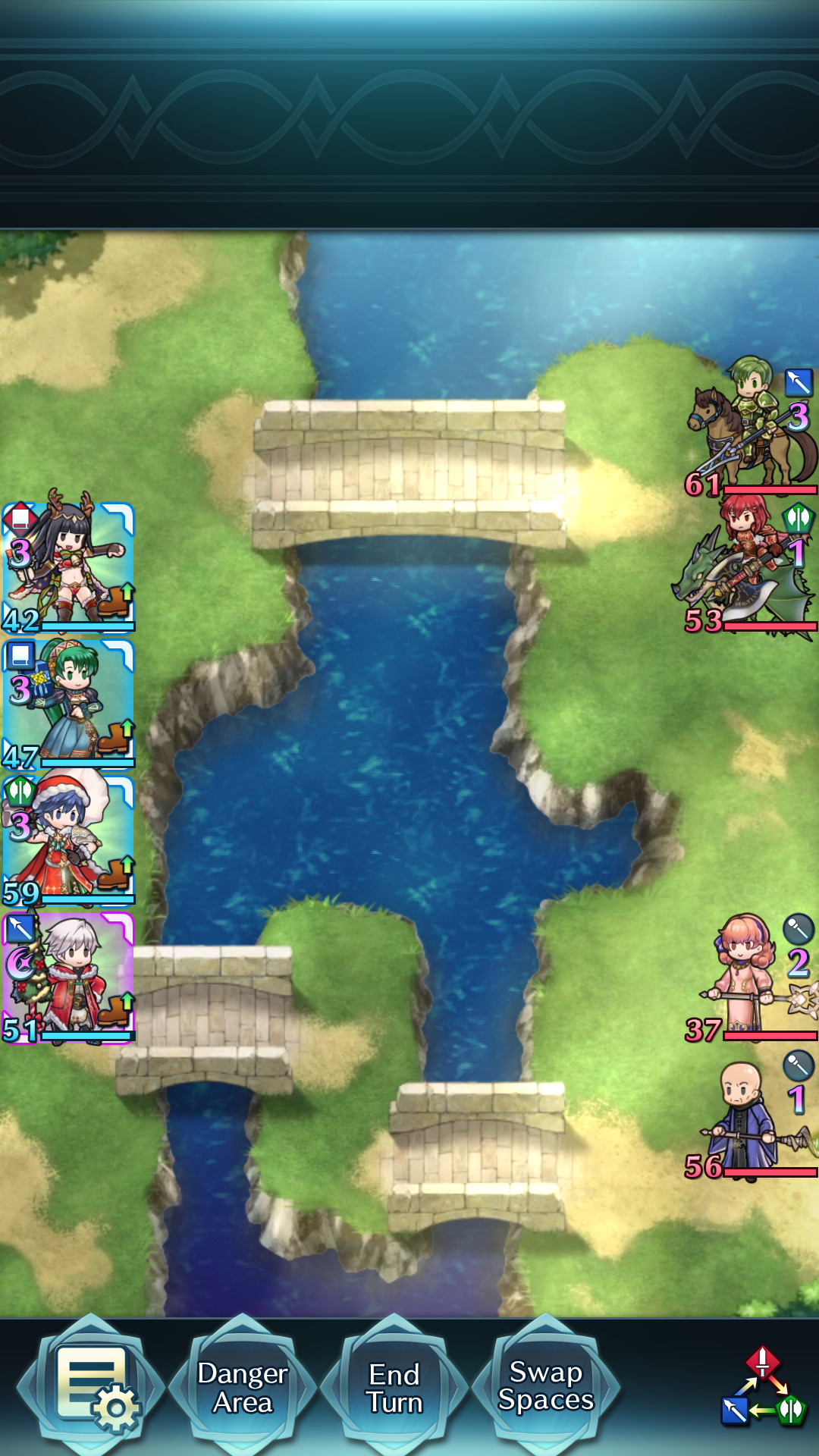 Lyn's the only bonus unit I have for this round, but she's pretty cool still. (I wish I had more pictures of other teams... Dx )

So yeah, that's basically bits of my efforts in this game. It may be a dumb mobile game, but man, do I like it. It was basically what I hoped the game would be, after all. Anyone else play this? Have any units, builds or teams to show off? Perhaps I'm just one of the few who actually plays this? I'm curious to know, haha.

I kind of play it, though i'm mostly just in it to pull some characters that I like tbh, i'm not too familiar with the Meta and I think it might be a little too late for me to try and understand it.

Sorry I don't have pics, but my favorite units are:

Summer Tiki: The only fanservice character i've managed to pull. I liked her in awakening and she seems really good

Lissa: Loved her in awakening and i've pretty much made her my Fire Emblem Waifu at this point

Robin (M): Male Robin has always been a favorite of mine, so i'm currently trying to build him up.

Gotta say though, i'm very jealous of your Christmas Tharja and Robin. I tried really hard to pull either one and came away with nothing :(

The games pretty fun though and it's the only mobile game (other than Mario Kart Tour Potentially) that I would spend money on.

it's a shame its not more popular around here...

Yeah, I'm not too sure what the meta is now either. It used to be dominated by horse emblem, led by Reinhardt and Brave Lyn, but with all the recent changes in the game, I don't think that's so much the case anymore. I think currently it's armor emblem and dragons, since both have been getting quite a bit of support lately. If you have a good balance of colors on your team, along with them being fully built, I think you can manage in arena. Until you get to rank 19 that is...

Those are some cool characters you have there. Summer Tiki's a pretty great unit, especially if you build her as a defensive unit, since she has a good amount of bulk on her. Brave Ike as well is excellent with Urvan and steady Breath. Robin with his Gronnraven has been helpful since the beginning against colorless, like Takumi in the beginning and Brave Lyn currently.

Luckily healers got a boost with weapon refinery, so they can be viable in combat now.

I did get quite lucky on the Christmas banner. I managed to pull 2 Tharjas in the same session. I did get other units, like Soliel, Karel, Dierdre, and Brave Ike. It did help I had a lot of orbs at the time, I think over 200 at the time.

Yeah, I tried to have 1 of every unit built to lvl 40 just in case I needed one for event maps.

I don't play the game, but I log in for orbs and pull for units I like. And I've been able to get every single one somehow.
Here are some of my favorites: 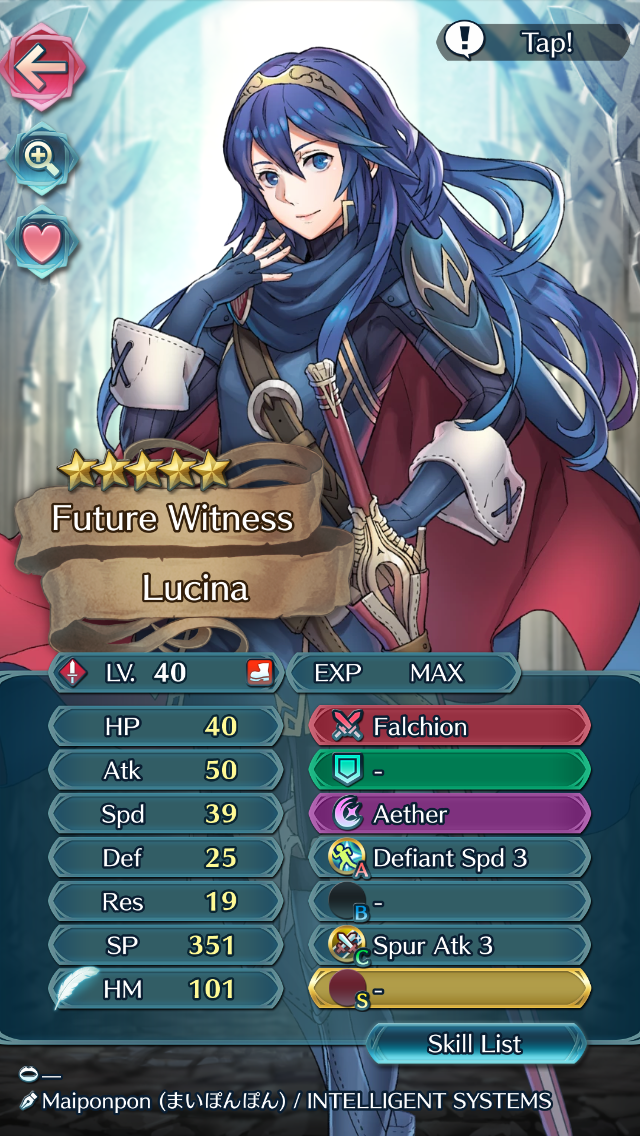 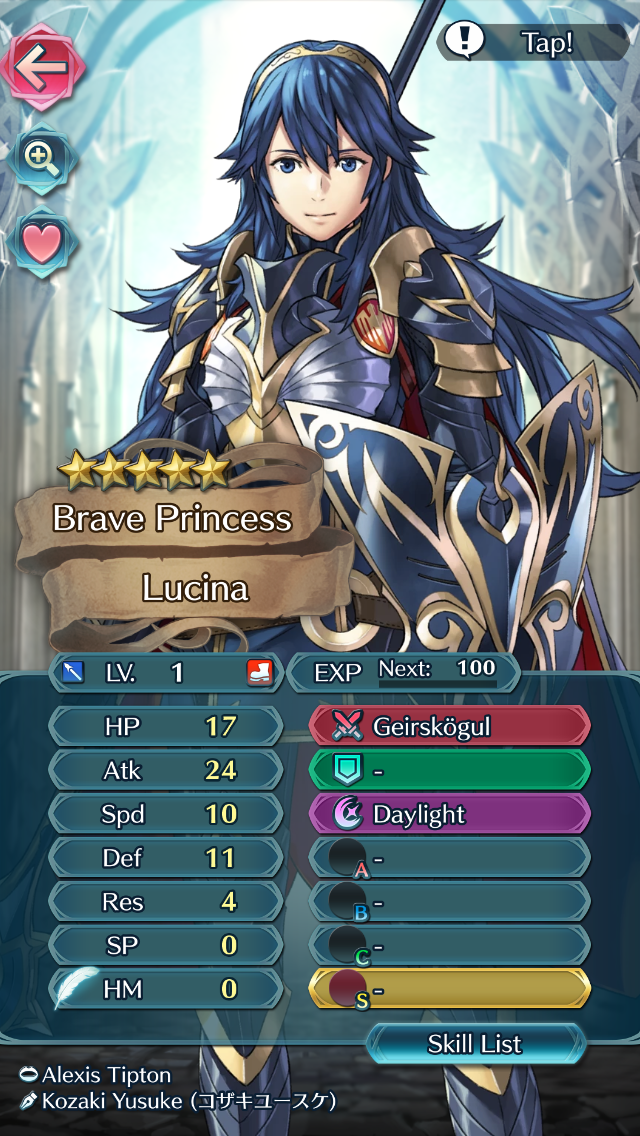 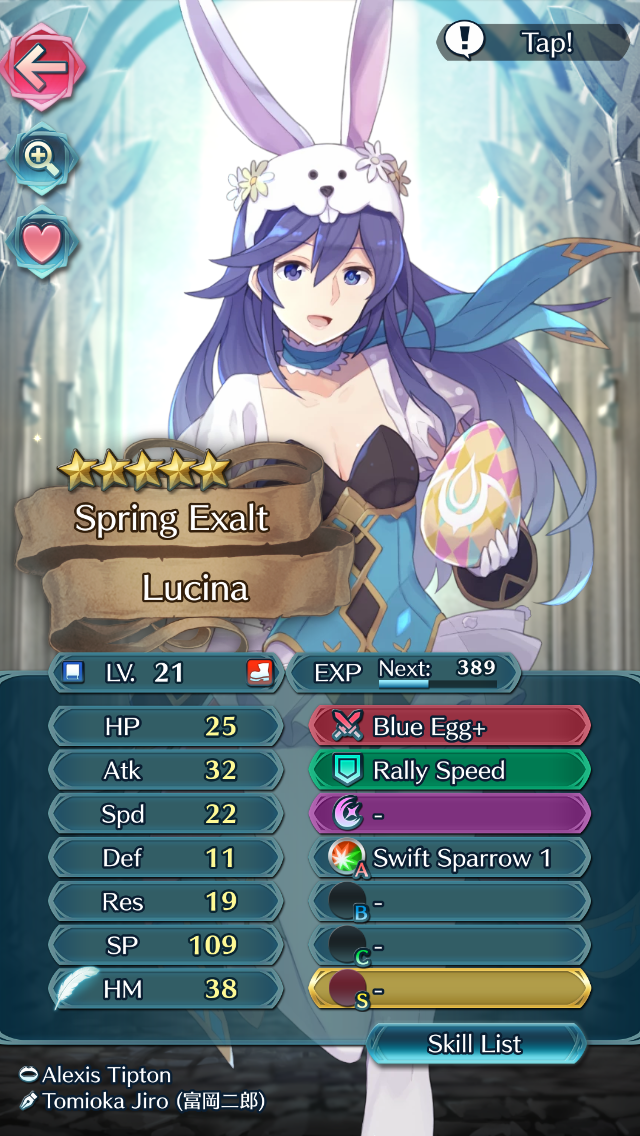 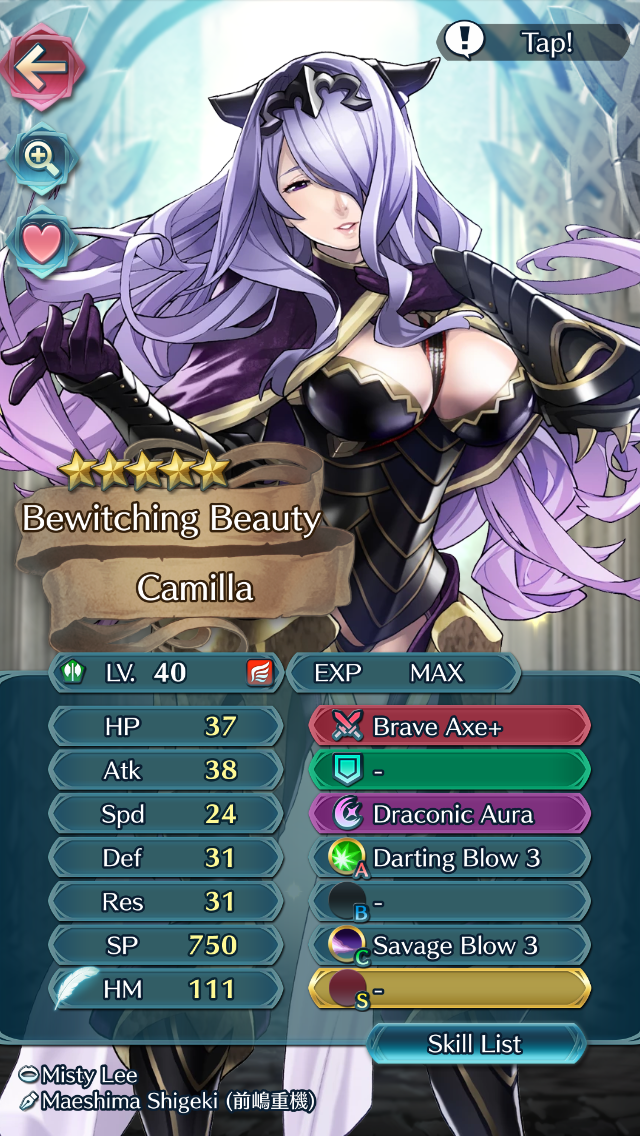 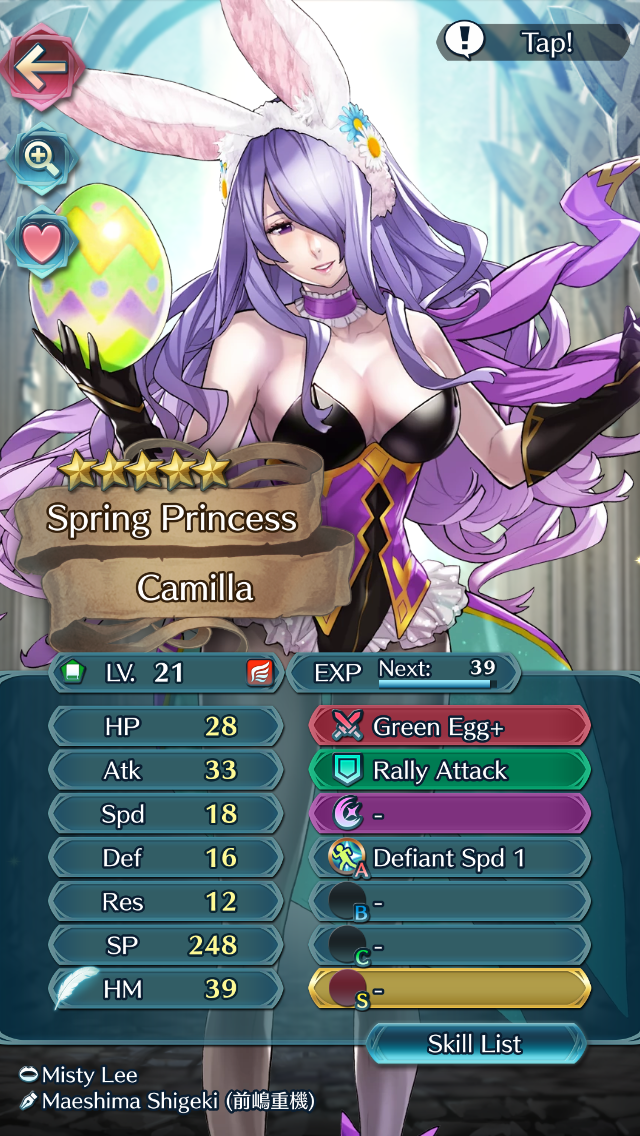 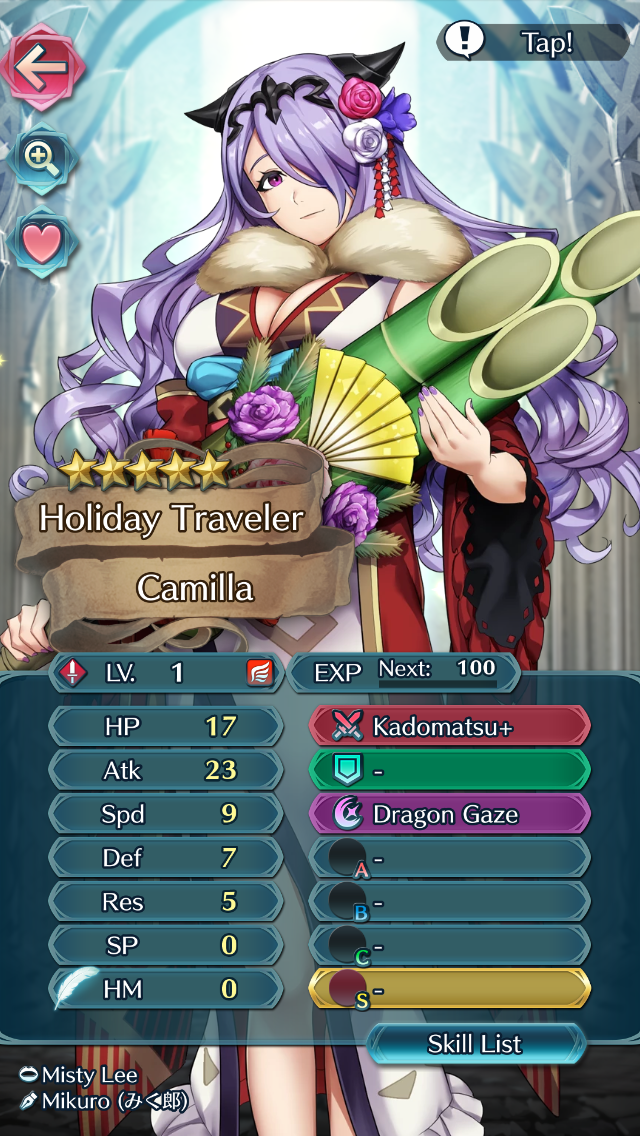 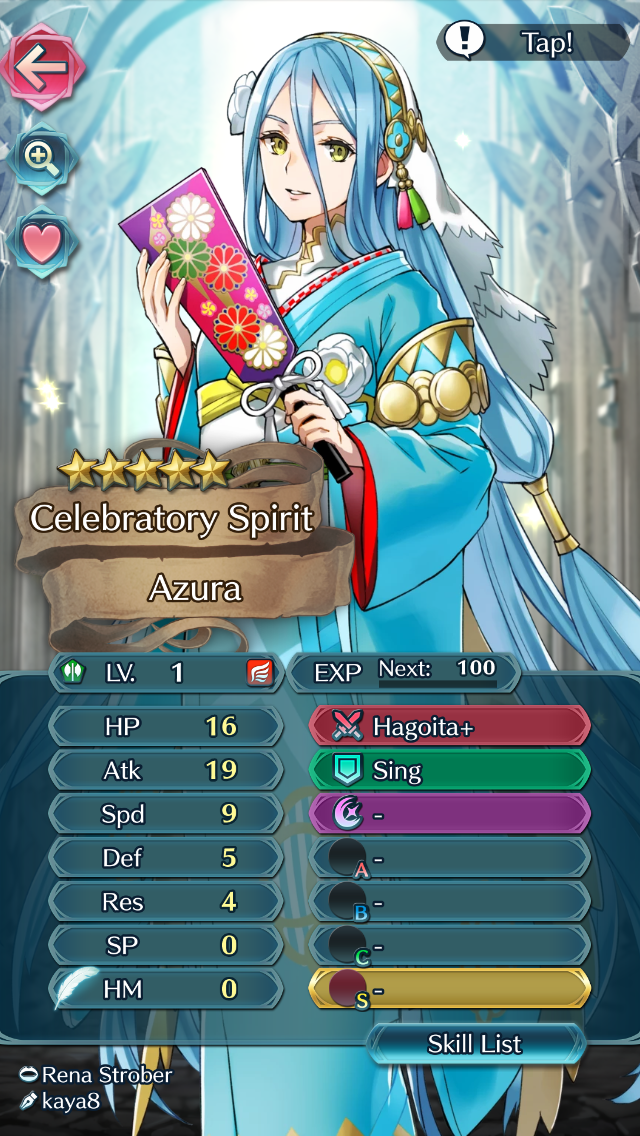 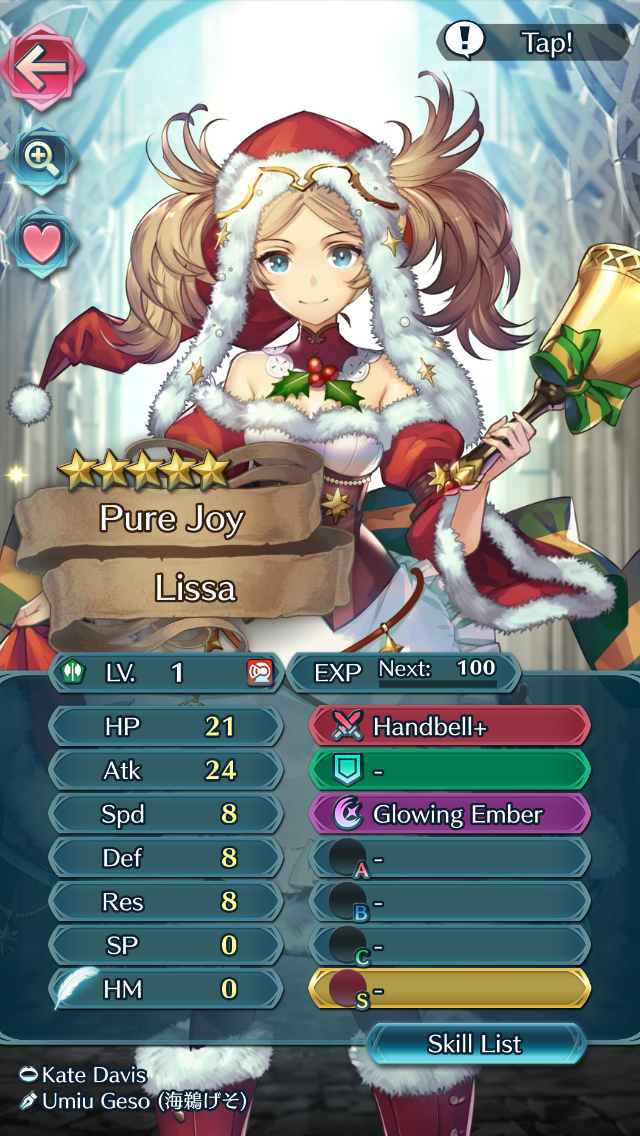 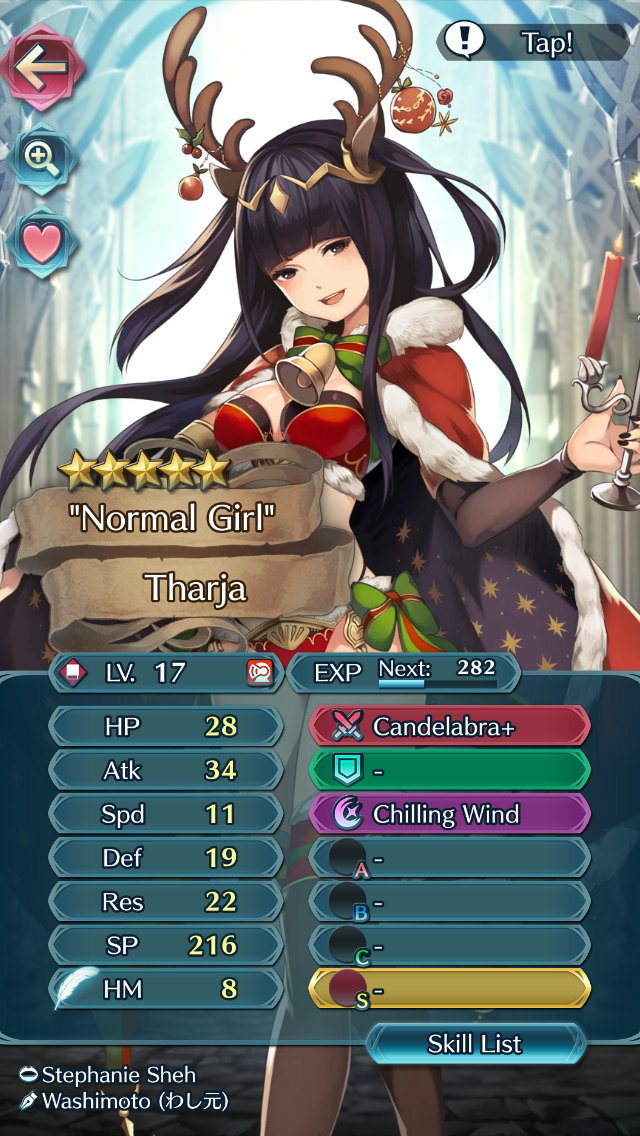 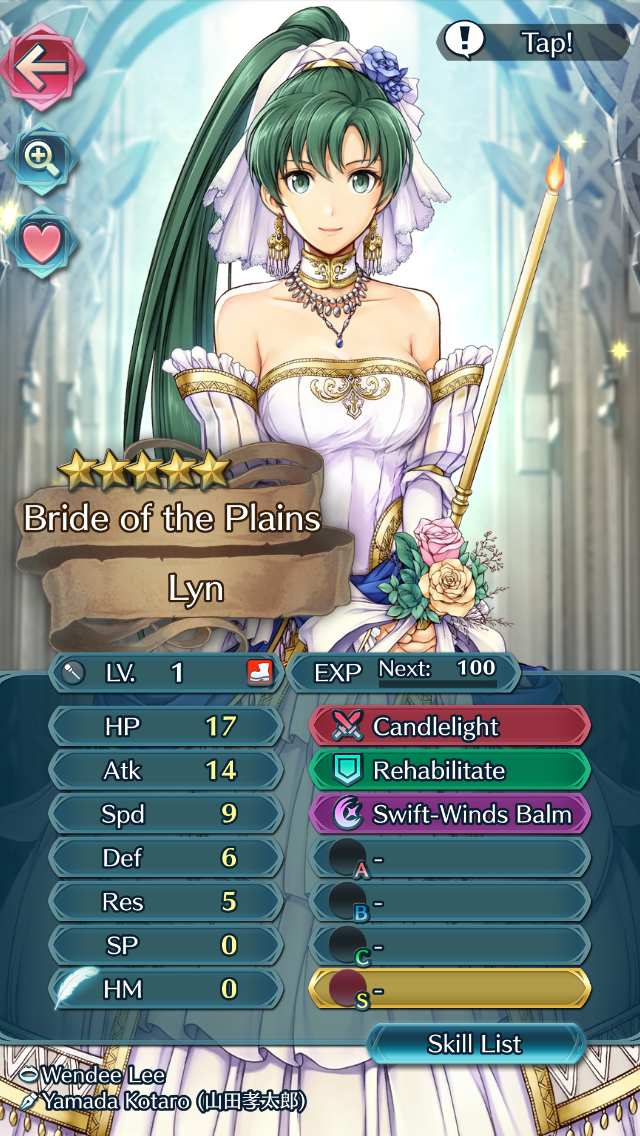 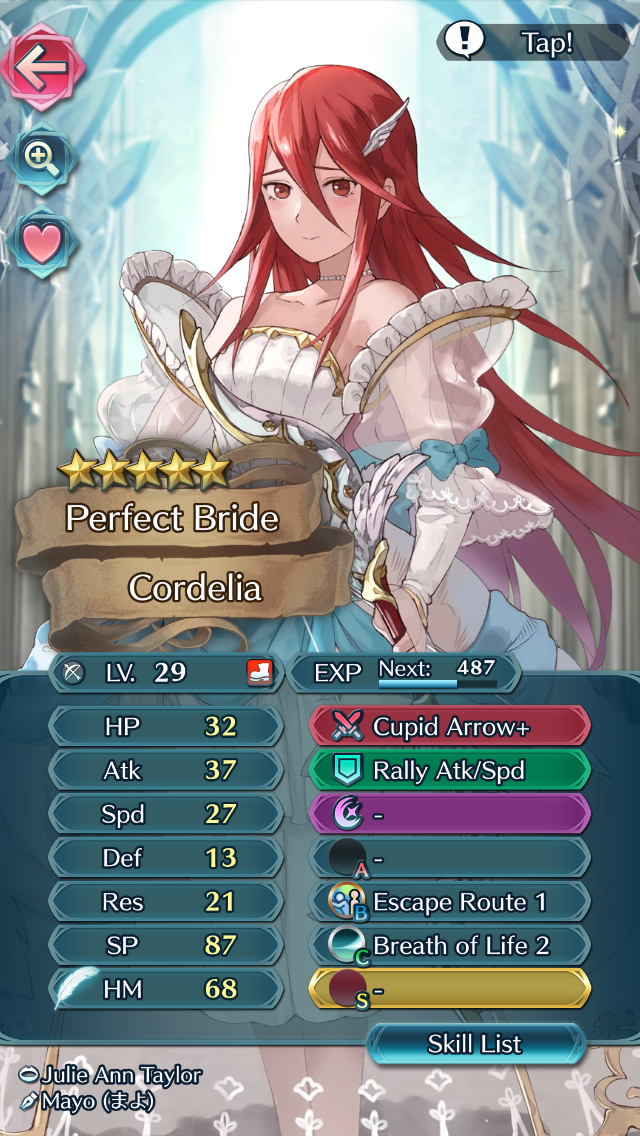 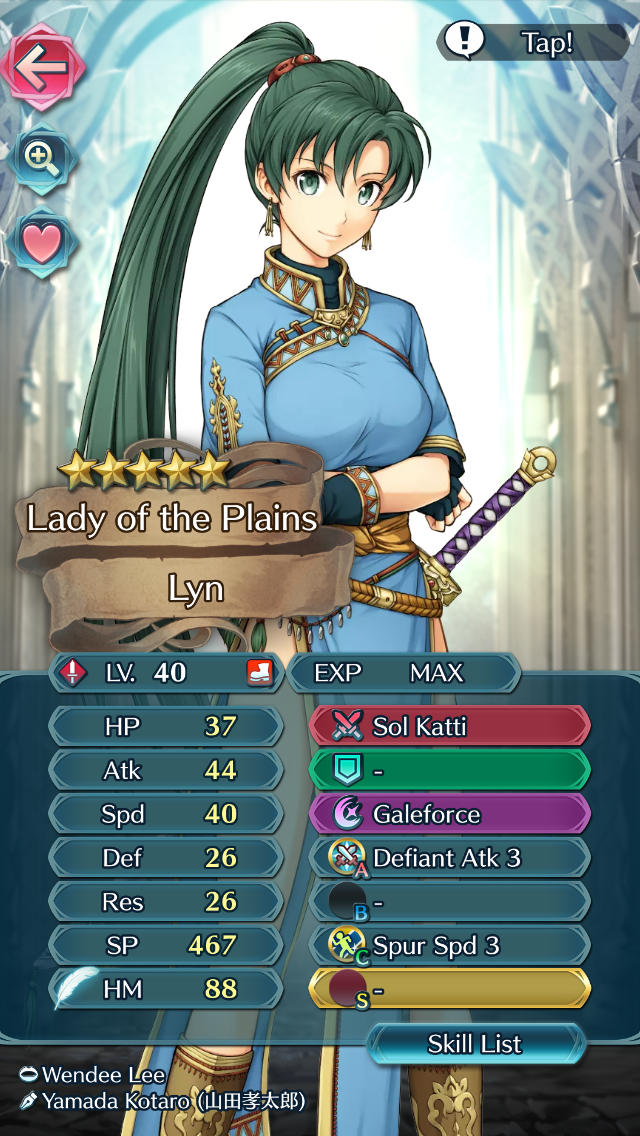 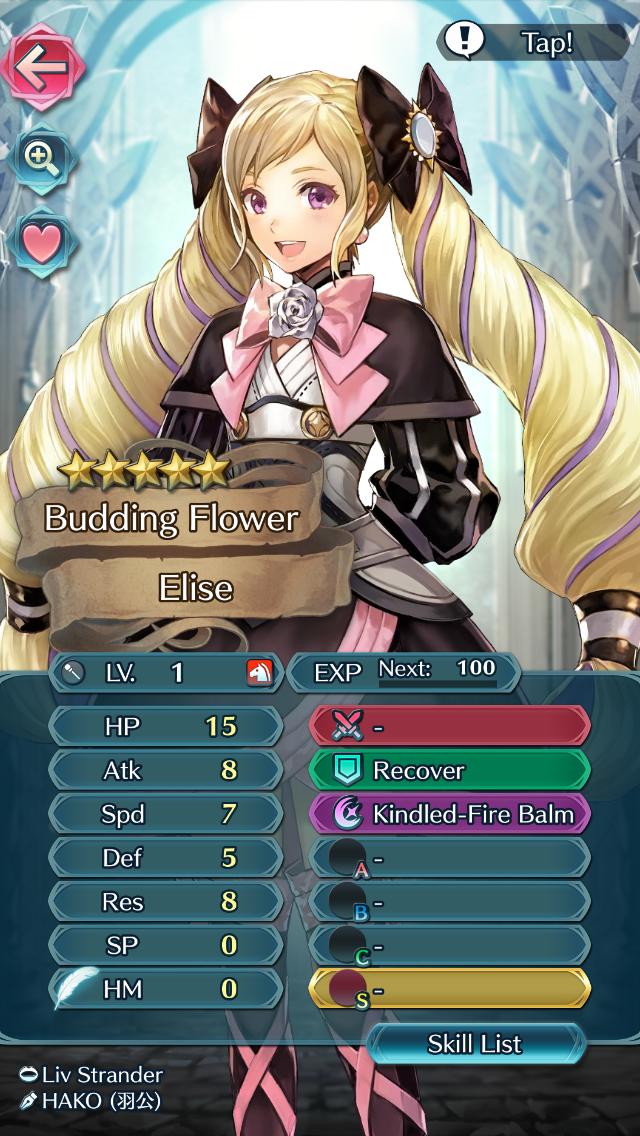 And today I got this one: 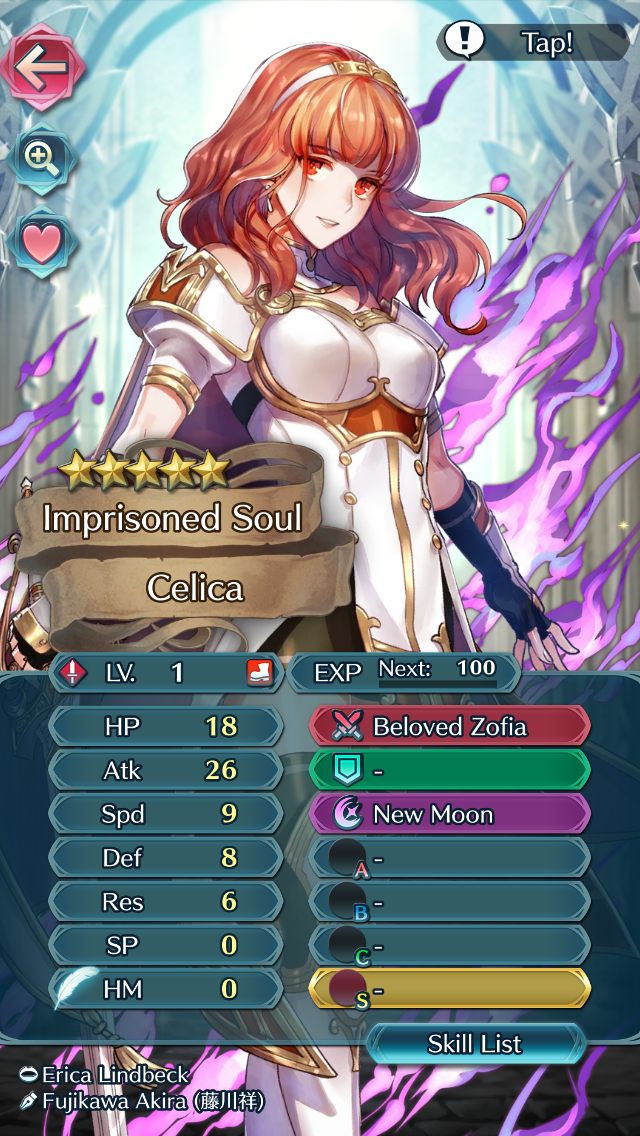 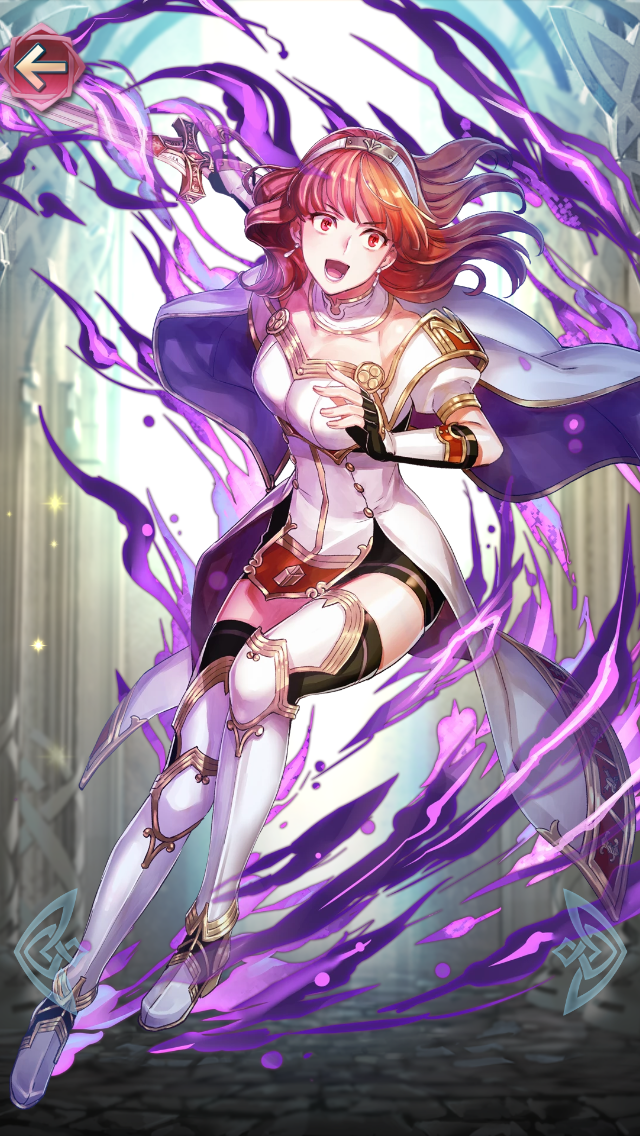 Man, you got quite a few rare seasonal units. You can almost make Lucina and Camilla Emblem xD You were pretty lucky to get both Bridal Lyn and Cordelia, haha. Elise is a hard one to pull as well. Nice on getting Celica from the recent batter too

Wow, you're really dedicated to it. It's the best mobile game I've played by far, but I've only got a couple of Lv 40s.

Yeah, sometimes I feel maybe I'm a lil too dedicated to it. xD