I already have the backwards compatible 360 version, but to who am I kidding, I'll probably pick it up again.

I've already got it on Steam/Origin, but I've had to tweak it a bit to get it running nice. That said, there is a PC version "coming soon" (They were too lazy to toss that into the trailer for some reason), and I think I'll wait for that, since it'll include all the DLC and I won't have to tweak it.

One of the few western games I am interested in, and probably the first EA game I would buy in a decade. Do want.

I am racing fan but this game did nothing for me, it doesn't have normal tracks but open city with arrows so you watch the arrows all the time instead of the track but you often make the wrong turns anyway, don't know why this game gets so much love.

Surprised and disappointed at the lack of Switch version. I would have bought it.

that's a remaster i was waiting for👍 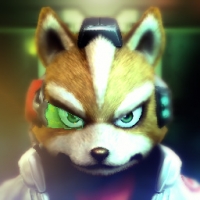 Same here, this would have been nice to be on the Switch to play on the go. Oh well lol

I doubt they were too lazy. I'd say they made a decision to exclude it for whatever reason.

Anyway great news  Me and my buddies will pick this up when it's 10 euro in a psn sale.

Besides the fact that there is a PC version of the remaster coming soon anyway....