This justifies the base of 40k per week in Japan, but I didn't know that switch had supply issues recently in Europe 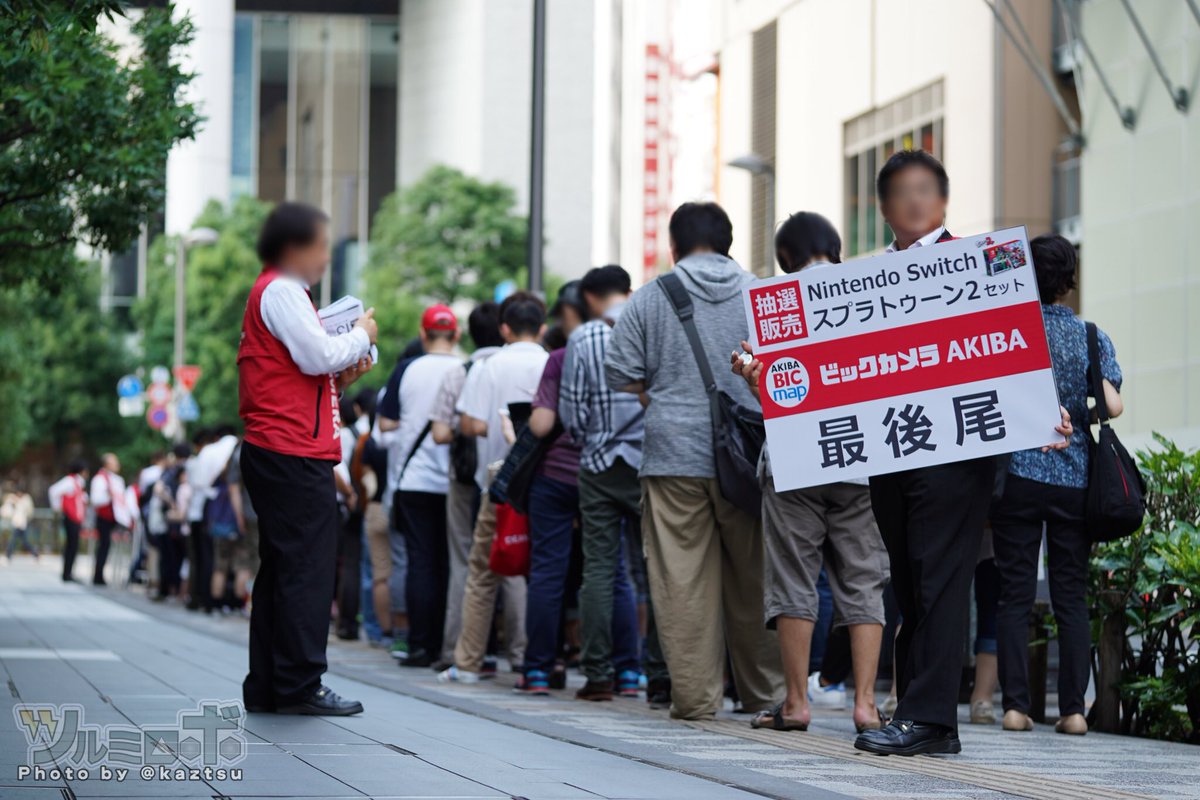 Japanese outlet Diamond put up a couple of new interviews this week with Nintendo president Tatsumi Kimishima. In one of the interviews, Kimishima talked about topics such as mobile. The other discussion touched on a few other things including Switch’s stock situation.

Diamond first pointed out how Switch sold so much that sold out signs could be found at many stores in Japan. The publication also mentioned how one parent after another couldn’t buy the system during Christmas.

In response, Kimishima said that in April 2017, Nintendo’s initial yearly sales projection was ten million units. However, at that time, that was already an unexpected number. Switch was released after Wii U, so when looking at this number people would ask if Switch would really sell that much within a year.

Kimishima said with a laugh that Nintendo should have produced more units. But at that time, ten million would be an unbelievable number if they could sell that much.

From the release of Zelda until Mario Kart, the momentum was so strong that stores ran out of stock. This meant Nintendo had to increase projections to 14 million units a few months ago. However, this is a 40% increase.

Kimishima acknowledged that customers in Japan and Europe in particular have had trouble purchasing the Switch. Somehow Nintendo was able to increase the production structure to deliver more units by the holiday season, but it still wasn’t enough even at the end of the year.

When asked if Nintendo was ultimately able to increase the production structure, Kimishima did say that they raised the capacity. The company Nintendo has entrusted with making units has also increased its production lines. Also, since certain materials are needed, they went around and asked all kinds of part makers to somehow raise production on their end. If even a single part were to be missing, the game console wouldn’t run.

Finally, when asked if Nintendo has already solved Switch’s stock issues, Kimishima said that for the time being, as we enter the new year this still hasn’t been completely solved. Though in Japan, the situation is more along the lines where customers don’t have to wait multiple days, and if they can’t buy it in one store they can find the system at another. In other words, Switch still has its stock issues, but the situation has improved.

It is out of stock in Europe? That's news to me. That also means that America is sold out too since America usually sells more than Europe. That's crazy. It sorta feels like a Wii situation all over again.

What I find funny is that I still think the Switch is in small sales mode.

Not cool, europeans! You were supposed to ignore this console. How can Nintendo improve the stock situation in Japan if there's no remaining units to reallocate?

Edit: I will clarify for those who lack reading interpretation and wrongly think that I am saying that are intense scarcity of switch in Europe.

No, my comment is jab with a sarcastic tone for those who are previously stating with an absurd lack of logic that the availability of switch in Europe is a sign that the continent gave a big "Nope" for the console and the "excessive" stock should be reallocate to Japan to solve the stock issues there.

What is even more funny with the problem of reading interpretation in this site is how some users think that the stock issues in Japan are practically solved.

That's a pretty big leap in logic to make. And according to the article it isn't really true.

The last paragraph surprised me. I thought switch was always sold out in Japan.

Most likely closer to 15 million now if that 13mil figure was closer to 14million.

Huh. I can say fron anecdotal evidence that parts of europe had stock issues as long as last october, but the same anecdotal evidence suggests that there's plenty of Switch stock now.
Several of my local stores have upgraded from a few stray units behind the counter or in glass casing to a pile of around ~300 consoles.
In fact, the Switch seems to have taken the store space that was reserved for the Xbox before.

Strange. I assumed Europe was their weakest market. I would love to see Nintendo establisch a bigger footprint in Europe.