I wonder when it'd even release though. I may go to China next year, it'd be pretty cool to be able to play with some others while I'm there.

Yeah, they definitely should go for it. I think they can find success in China, even if it ends up being small. There's too much potential in a big market area to simply pass on it. 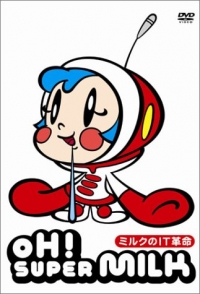 People who keep hyping the Switch in China have no idea what the chinese market wants or how Nintendo's previous efforts (iQue) went ...

The reason why we never hear back of a Nintendo system releasing China is because they know they don't have a horse in the race when they and their partners don't go on to localize more than 3 dozen games according to past history ...

The Switch's conclusion will be no different than before when Nintendo's localization efforts remains next to non-existent, PS4 however unlike the Switch has real potential to succeed in that market because *gasp* Sony actually thinks about bringing content beyond just international brand power ...

I'm just putting my two cents in here so don't chew my head off if you think i'm wrong.

The Switch is magnificent.  Just utter joy.  Just got DQB today, and I have it next to me right now.  Right now as I type and you read this from maybe two hours from now or in 3 days.  At home, where it stays, it's always in reach.  I'm probably not the only one who feels this way about the switch.  Where sony and xbox and nintendo failed with ique, it was because those 3 were invading the market that either sold them cheap or nothing at all.  To buy the device and then all the games to machines that did not run better than the pc they've already built was not going anywhere.

But with switch.  It's the machine.  A machine that fills a void for the kind of gamer that I imagine swims around this site.  I can attest as a gamer that the Switch has me playing more than I ever have in my life.  I played before the switch, but now with all these pocket sessions, it's gone up so much.  With that said, hype hype hype.

Here's a little joke: Nintendo will make 15 million China specific Switch consoles.  They don't care that it will take 10 years for all those consoles to sell.  But why not when China has population of 1.379b.  Oh well, it covered Wii u.

I know nothing of china or their economics btw.

I wouldn't put much stock in their best sellers list .

I think they need to keep the rest of the world in adequate supply first, before they can make a serious effort in China. Even if people there want to buy Switch, it won't do them much good if they are always in short supply.

Nearly all of this post is just an anecdote ...

Sony and Xbox selling them cheap compared to Nintendo with the Switch ? LOL Maybe that's true for Xbox because Microsoft and their partners backed out from doing any future chinese localizations but at least Sony is able to sell SOMETHING because their the only publisher willing to make a serious effort in that market ... (If Sony is selling "cheap" so to speak then Nintendo isn't selling anything at all in the literal sense of the word)

15 million ? Haha, I admit that's a good one. If Nintendo ever decides to officially launch in mainland they'll be lucky to even cross half a million units considering they have absolutely no foresight beyond just bringing a handful of their most internationally powerful titles that has failed to grow many years now ... (their iQue brand is a spectacular example of a game plan that keeps showing shortcomings)

Nintendo isn't poised to take China at all if they keep shying away like every past generation and the market could in fact be lost forever to their competitor Sony, where they control the entirety of Latin America thanks to their dedicated localization efforts while Nintendo declined into obscurity because they did the opposite ...