Why do people want smash bros if we already have brawlout :P 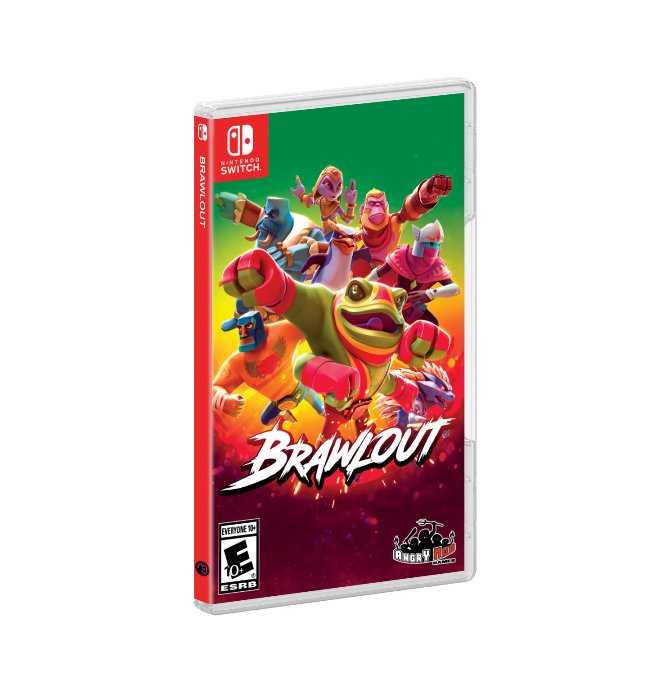 A physical version of Brawlout is on the way, Merge Games has announced. The company has partnered with Angry Mob Games to bring the Switch title to retail.

“We are delighted to have teamed-up with Angry Mob Games. Brawlout is an awesome title and partnering with Angry Mob Games has been a great experience. We believe Brawlout on the Switch will be warmly welcomed by retailers and fans alike.” – Merge Games managing director Luke Keighran

“Brawlout had such an amazing reception on Nintendo Switch, with a dedicated community of over 80K players in its first month alone. It’s impressive, and humbling, to see people throw themselves so wholeheartedly into Brawlout and we hope to cater to even more types of gamers with the physical release!” – Angry Mob Games CEO Bogdan Iliesiu

The physical version of Brawlout launches in early May. For those who prefer the digital version, it’s out now on the Switch eShop.

While Brawlout is fine, it is clear Smash is superior. Smash has more fighters, more stages. As far as I can see no stage in Brawlout has Stage dangers. Brawlout also has no items that can make the fights more hilarious. Also the unlock system in Brawlout is strange. Was brawlout free to play on phones? This would explain that, then the additional stages and fighters were unlocked on phones via microtransactions.

Ha. That makes this strange system with gems and pinatas even more strange. I don't know what they were thinking as they did that.

lol this was just a joke because the ninty fans keep asking for smash 4 deluxe or melee hd during all nintendo directs, honestly i prefer to wait for smash 5, but a smash 4 deluxe would be good too.

I would honestly rater get a Smash 4 Deluxe than Smash 5 at this point. Smash 4 has so much content already, and if we combine the 3Ds and the WiiU versions, we could have a title filled to the brim with content. A Smash 5 would need years and a lot of DLC to reach that kind of content.

Yeah. I don't want to talk down Brawlout, it is a good game, but clearly no smash. On the other hand it does not cost as much as Smash.

And yes, currently I'm a bit torn if I would like a Smash 4 Deluxe. I did for some others, I'm especially happy about Hyrule Warriors Deluxe, but in Smash case... I don't know. Probably I would bite, but currently I feel quite content with Arms (which is pretty good) and Brawlout. There is also Pokken and Street Fighter, so the fighting genre is covered for Switch I think. Smash 5 is a definitive though.

Any word on a physical release for the PS4 version?

i think no, because the ps4 and xbox one versions havent been released yet.