The conspiracies were true, all of them.

Comey and DoJ knew dossier came from DNC/Clinton campaign, but misled FISA courts by not disclosing this relevant information


It looks like a FISA application cited a Yahoo news article that Steele (British spy who created the fake dossier) himself planted in the complicit media. 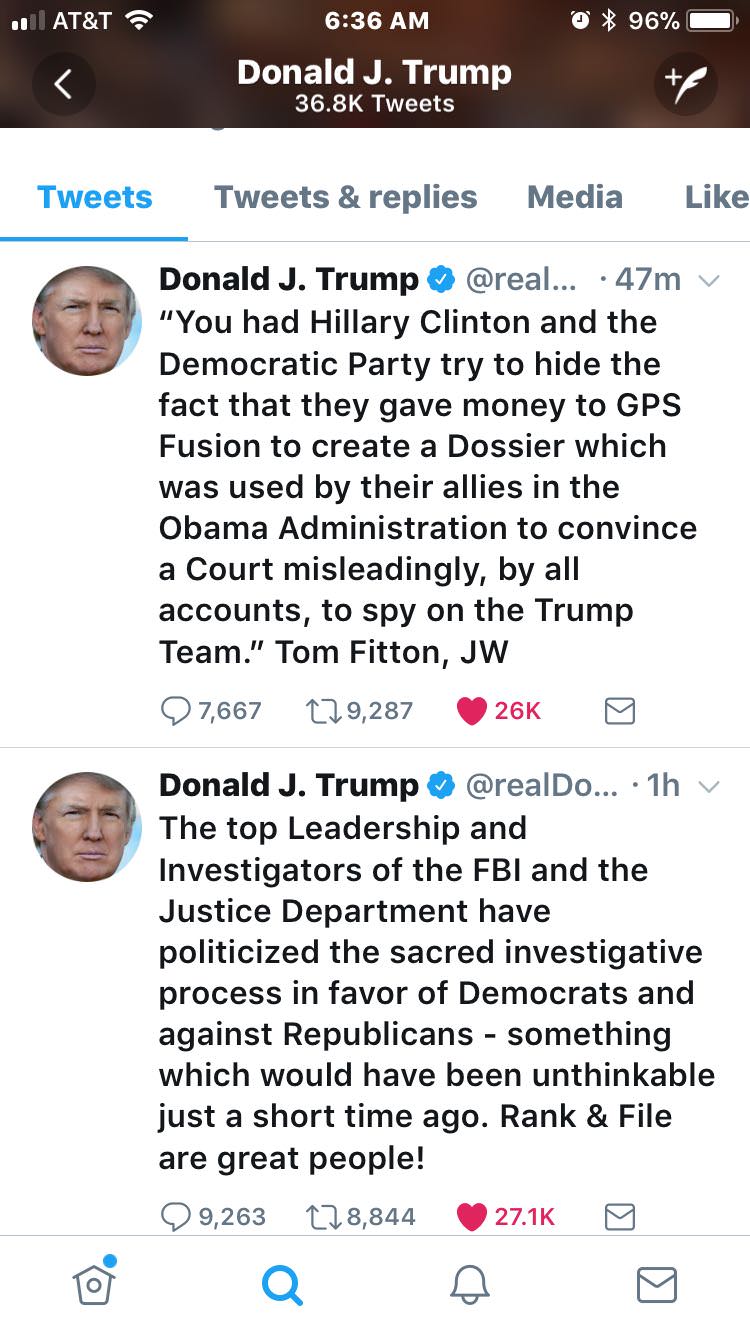 Ugh. I'm gonna watch some podcasts and read up on this a bit more before I comment on whether this is a big deal or not.

Doesn't change anything. Trump is still taking the piss.

Where does it say that the Russia piss dossier was fabricated?
In fact, I can barely find anything you claimed in the memo.

And this is a memo. And one written by the guy who had to recuse himself from the investigation because he was caught sneaking over to the White House to share information with the people he was supposed to be investigating.

My Favorite part of the memo?

"The Papadopoulos information triggered the opening of an FBI counterintelligence investigation in late July 2016 by FBI agent Pete Strzok."

So not only did the memo fail to do anything, but it actually blew up yet another of the republican conspiracies. The dossier came second, Papa flipping came first.

What I find kind of funny btw is how many Trump-haters are now instantly changing their narrative from "It would be unresponsible to release the memo, full of lies, a threat to national security!" to "Pfff, just a nothing burger, everything in it was basically already known, no shocking information in it whatsoever!"

Trump haters such as Christopher Wray (FBI Director) and Rod Rosenstein, both of whom Trump hanpicked personally, went to the White House on Monday night to appeal with Chief of Staff John Kelly to ask that the memo not be released. Because it supposedly contains inaccuracies.

You are good :) I can't tell if you are a troll or serious.

This memo tell us that the dossier had a part in the Fisa application on Carter Page. How big part of the FISA application we don't know as this memo is designed to hide it. It also confirms the dossier did NOT trigger the russia investigation so many republicans has claimed.

I don't see either how a FISA application is relevent to anything. If the Trump campaign is guilty of collusion with the Russian then they guilty, if not they are not guilty. It's really just that simple.

Nothing about Obama/clinton used Fbi to spy on Trump. Nothing about DNC paid Fusion to fabricate the Russia dossier (we don't know if the dossier is fake or true). But we do know DNC payed money to obtain the dossier, as all campaigns do to get dirt on their opponent. Nothing about FBI/DOJ misled FISA courts, but maybe I missed it.