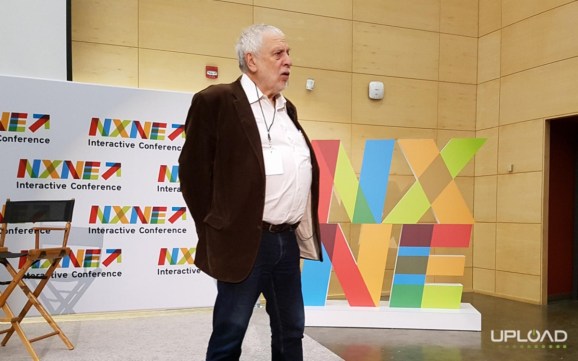 The Game Developers Conference has rescinded its Pioneer Award to Atari founder Nolan Bushnell. The former Atari executive has admitted to sexually inappropriate behavior in multiple interviews throughout the years. His stories usually come in the form of “wild” anecdotes about office environments in the 1970s, where the objectification of women colleagues wasn’t viewed as harassment by the male-led power structures of companies and other organizations.

The event’s advisory committee plans to instead use this year’s award as a representation of the voices of women who left the industry in response to sexual misconduct.

Here is the GDC’s statement, which it posted to Twitter:

“The Game Developers Choice Awards Advisory Committee, which votes on the Special Awards winners for each show, has made the decision not to give out a Pioneer Award for this year’s event following additional feedback from the community. They believe their picks should reflect the values of today’s game industry and will dedicate this year’s award to honor the pioneering and unheard voices of the past.”

GamesBeat asked Bushnell for a comment, and I’ll update this story with any statement he may provide.

Bushnell isn’t shy about his history of bringing his sexual behavior into the office. An Atari exec remembers Bushnell wearing an “I love to fuck” T-shirt to the office. And Bushnell admitted to Playboy magazine that his team of developers would codename game projects after women in the office that they found attractive. Pong, Atari’s first hit, had the code name “Darlene” after a “stacked” employee, according to Bushnell.

“It was post–flower revolution, women’s liberation, no AIDS yet, and lots of company romances,” Bushnell told Playboy.

According to Steven L. Kent’s The Ultimate History of Video Games, the Atari CEO hired men that agreed with his idea of office politics, and that led to Atari “board meetings [that] seemed more like fraternity parties than business meetings.”

In the wake of the #MeToo movement that seeks to raise an awareness of how men mistreat, harass, and abuse women at work and in other settings, these public stories have lost whatever luster they may once have had. And the result is that the industry, at least for now, will not honor someone like Bushnell.

Bushnell is still active in gaming. His latest efforts include working on an advisory board for gaming cryptocurrency company called Robo

Read rest at the link below.

Where is gamergate when you need them? Seriously, this is getting ridiculous.

Him being an asshole doesn't change the impact he's had. This makes me sad

#Metoo is shitting on itself. It will collapse soon.

How is his private life relevant to this award?

I'd say he is a douche rather than an asshole. What he's probably not is a sexual abuser.

It never said anything about his private life. It talks about stuff he did within a game developer company, which is basically everything the GDC is about.

Would be perfectly understandable if he had raped somebody or something. But they used the names of hot girls as their early project names? So what?

Yeah, because women no longer want to end workplace sexual harassment and abuse.

What started as noble cause has turned into