So guys, 6 months trying to enjoy any of the 40 hours I have to quit.

I can´t take anymore how dull and unfocused this game is, with pointless side quests that lead to nowhere. NO NO NO.

I even decided to do something I never do with RPG and follow only the main quest... but NO... the main quest is even more boring and confusing.

I could get away with the bad dialogue, bad camera work, bad facial animation, bad physics, or a skill tree that makes no sense.  But I can´t stand how confusing the world is, how forgettable and pointless the characters are, how long and derivates the quests are, how useless are your decisions.

I´m tired of the same old dirty peasants with dirtier mouths cursing and explaining how miserable their lives are. No shit, there is a nest of lvl 15 monsters 20 yards from your hose!!

Oh, the combat!!! The combat is atrocious. I don´t know if they tried to copy Dark Souls or Assassins Creed. In both cases, it doesn´t work. I don´t want to read a lengthy bad written passage in the codex and then spent 10 minutes crafting potions and spells... that won´t work because controls are terrible.

I´m tired of trying to engage a quest but repeatedly fail because the bandits - that look exactly like the dozens I have killed - are level 10 and I am level 5. Then I go back months later, and the house is still on fire with the Elf lade inside.

I´m tired of the same actors doing the same voices.

I´m tired of camera cutting to strange angles during a conversation.

Dialogues: Everybody is miserable in this world. Everybody has a sailor´s mouth. Everybody is at war with everybody. Every race is being oppressed...

All that exposition and I can´t figure out the basic of lore and how this society functions.  I got bored reading the Wiki page, which gives no useful information about a world that looks like an abortion from a cross between LotR and GotT.

Well... that is it. I hope to open a conversation. If someone could help me cope with this tragedy that is hunting me for half a year.

If the lore, characters, story, and side-quests don't do anything for you, I think it's just not for you. I wonder though, what are some Western Role-Playing games that you think have done things better than The Witcher 3 here? I can name a few, but not many.

If you're comparing it to behemoths like LoTR and GoT I can see why it is disappointing for you.

Personally, for me the interesting thing about the game is how the side-quests of each area are interrelated and reinforce a general story. It all came together when I found how two particular side-quest lines were related in Velen. The game and its inhabitants are suppose to be depressing.

Oh boy. :) I bought it the day it came out, and the hardcover strategy guide, which I will only look at on a second or third playthrough. I haven't played it yet, so have nothing to offer in terms of my own experience. I'm curious to know if you've played any of the Elder Scrolls games.

I'm convinced people only like it because it tries to be ''edgy'' and has titays.

I find the writing in particular quite woeful. 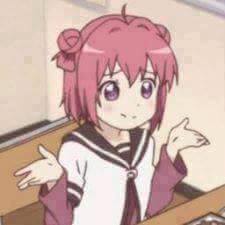 The problem is that things are so convoluted, everybody looks the same and have the same voices that I can not follow each character hours after I have finished their quest.

And sometimes it seems just random and pointless, ex: I see a quest mark in an area and go check: NPC: "You saved my girlfriend´s life. She can´t speak or react to contact any longer. Go fuck yourself your piece of shit abomination".

Ok, so you liked those. I ask because I've seen people draw comparisons between those games and Witcher 3.

Is this not typical for WRPG's though? Elder Scrolls games, for example, are quite noteworthy in their re-usage of voices, dialogue, and similar looking character models.