Forums - Politics Discussion - Half the Venezuelan economy has disappeared

Venezuela has lost half of its economy since 2013.

It's getting worse. Unemployment will reach 30% and prices on all types of goods in the country will rise 13,000% this year, according the International Monetary Fund.

"In Venezuela, the crisis continues," Werner said in a blog post. He added that inflation is skyrocketing this year because of "the loss of confidence in the nation's currency."

This year will mark the third consecutive year of double-digit contractions in Venezuela's gross domestic product, the broadest measure of economic activity. The nation's GDP declined 16% in 2016, 14% last year and it's projected to fall 15% this year, according to the IMF.

Venezuela is deep into an economic, political and humanitarian crisis, largely inflicted by the government's own policies, economists say. Food and medical shortages are widespread. People are scavenging for food in dumpsters. Citizens are fleeing by the thousands. The currency, the bolivar, is nearly worthless. The government has defaulted on its debt. World leaders are calling President Nicolas Maduro a dictator. 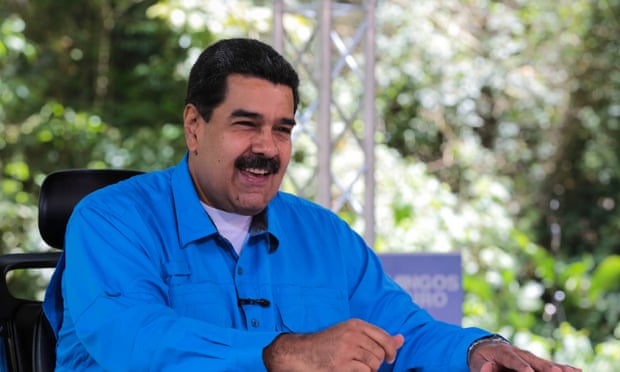 Venezuela remains highly dependent on oil revenues, which account for roughly 95% of export earnings, about 45% of federal budget revenues, and around 12% of GDP.
https://www.cia.gov/library/publications/download/download-2013/index.html

Venezuela has a majority state run >50% (the only one in Latin America?) economy, highly susceptible to change in political leadership.

That’s not how it works, though. Majority of GDP is circulatory within an economy. Oil and gas were almost the entirety of their exports, what gave them purchasing power, internationally (which is necessary, as Venezuela is not exactly self-sufficient. No country really is, these days, although the us comes closest.) Again, Russia also didn’t have 45 percent of gdp in oil/gas. However, 70 percent of exports (90 percent, for Venezuela) came from that, so the fall of the oil prices led to a collapse of the rubble, as not much of value could be obtained with it, from an international perspective.

I’ll point out that for france, public spending is 56 percent, and has been in the range for quite some time.

I thought monetary inflation was good for an economy?

Thats what happens when you basically hand over and let a dictator, a stupid one at that, rule the country.

You know that monthly pay check you get from working? next month its worth less than half of what you got last month.

Soon you have people starveing ect.

I suppose this is the consequence of socialism.

or its just its a a dictator that took power, and doesnt know how to run a country?