House prices are steady, unemployment has dropped, recession has been avoided. This was not meant to happen 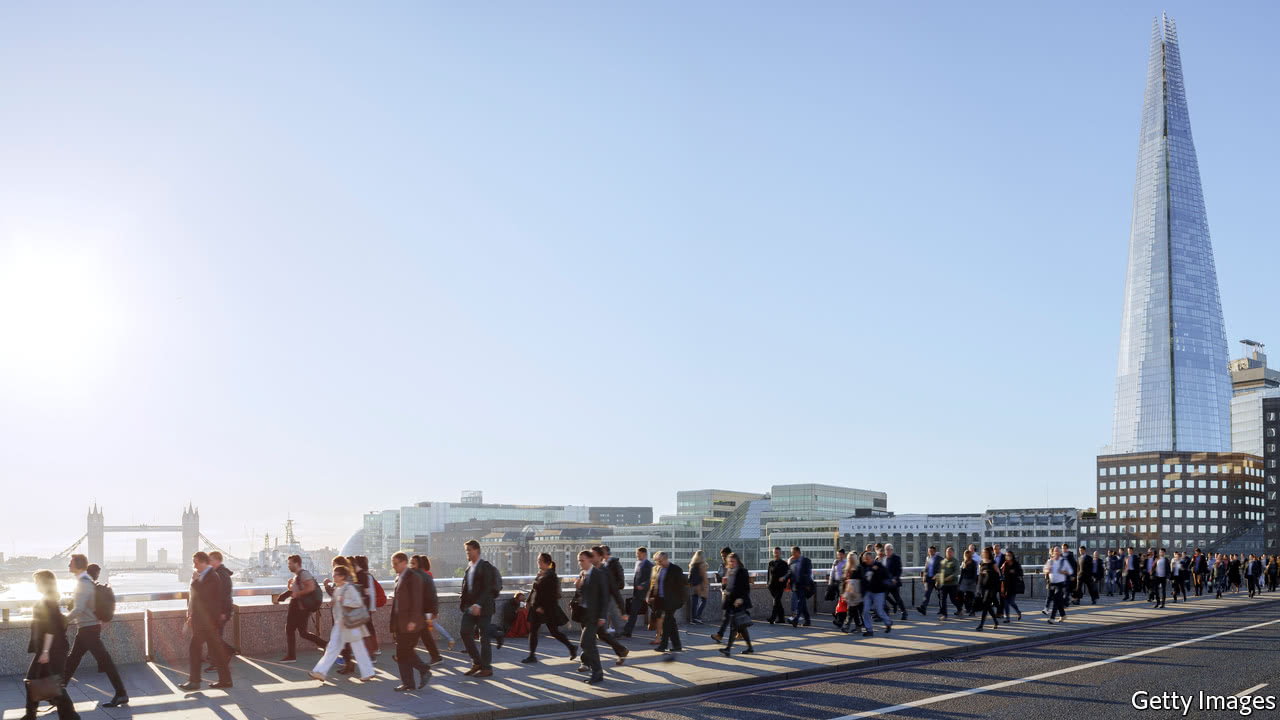 CHAOS was predicted. Following Britain’s vote to leave the European Union (EU) in June 2016, most economists believed that a recession was imminent. A government study published in the run-up to the referendum forecast that house prices would fall quickly, by up to a fifth, and that unemployment would rise by over 800,000. But there has been no recession. It is true that Britain has slipped down the international league tables of GDP growth since the Brexit vote, but growth in both 2016 and 2017 still averaged around 2%, roughly similar to 2015. Furthermore, house prices are steady and unemployment has dropped to a 42-year low of 4.3%. Disaster has been avoided. What went right?

The concept underlying the blood-curdling predictions before the referendum was “uncertainty”. No one has the foggiest idea about what Britain’s post-Brexit trading relationship with the EU will look like. Economists worried that heightened uncertainty would prompt households to rein in their spending and businesses to put investment plans on hold. With the benefit of hindsight this looks naive. Leave voters got what they wanted, so why should they cut back on spending? And for Remainers, Brexit remains some way off: the country’s status within the customs union in 2020 is a distant worry for the average Briton. Meanwhile, Britain remains an attractive place for foreign investors, in part because of its trusted legal system and low rate of corporation tax.

he global economy has also helped. The Brexit vote coincided with the beginning of the first worldwide economic upswing in years. Global trade volumes have grown decently, despite Donald Trump’s scary rhetoric. Firms from Seattle to Shanghai have recovered some of their animal spirits and are willing to invest once again. Britain, an economy highly dependent on international trade, has been swept along with everyone else. And the country’s exporters have been given an extra boost by the depreciation of sterling, which is almost 10% below its pre-vote level. In the past year real-terms exports have risen by a tenth, though the British trade deficit remains in line with its post-financial-crisis average.

The question is whether this unexpectedly good performance can continue. As Britain’s departure from the EU in March 2019 nears, businesses may start to get more jittery, especially if they fear that a deal with the EU will not be reached. If investment spending is cut, then consumers will eventually start to feel the pinch. And Brexit itself, which is likely to leave Britain with severely reduced access to its largest export market, will have profoundly negative lon...

Read rest at link below...

Let's face it - liberals lie and use scare tactics to promote their agenda. For the most part, liberals control the media as well. Britexit was supposed to send the UK into a irreversible depression and Trump was supposed to be the apocalypse. Neither happened and as we're learning, the reality of both are the exact opposite.

There was a lot of over-the-top commentary on both sides. The reality is that “we don’t know what will happen”. If you do, then buy and sell shares, and be rich!

IMO - it’s a long term negative. E.g. my friend used to work at a US company European HQ in London. He doesn’t any more...

Also, the EU never stopped The UK selling to Asia, so why is that used as “the future”?

It's hard to see effects of something that hasn't happened yet. The vote in itself has clearly had little impact, mostly thanks to a strong global and european economi (it's actually kind of amusing that the eu-economy that brittain wants to leave is one clear reason why the brittish economy is so strong right now).
But most importantly, we won't see the real effects untill the brexit has really happened. We don't even know the terms for leaving the eu. How much of the EU-related structures will be allowed to remain intact after Brexit? The answer to that question will have major impact for the brittish economy - either in a positive way or a negative way.
My point, it's impossible to say the doomsday predictions were wrong. It's like saying those who predict germany will win the world cup in 2022 are wrong because it hasn't happened yet.

There is snow where I live, so global warming must be a hoax.

Worst economic growth among EU countries
Inflation 3%
Real wages are falling
Currency is down by quite a bit
Ten thousand jobs in the financial sector already moved towards EU countries.

and Brexit hasn't even happened yet!
It's a no brainer that without Brexit, the UK would be in a much better position right now.

As Barozi stated, highest inflation and lowest growth in the EU without the Brexit even happening so far. What will happen with the actual Brexit remains to be seen from mid 2019 onwards.

Its not out of the EU yet is it?
Their still negotiation going on, about how things will be when they leave.

They voted to leave, and it hasnt majorly screwed them over, but thats because their still in the EU, and so far there hasnt been any concequences to the vote.
When they actually do leave sometime in 2019, there will be.