I think if they just could have built on the recent Mummy movie, found a good director for the next one, and put a bit more money into it the Universe could still easily happen. The Mummy did not lose that much money and has probably broken even or better with DVD. Oh well, like Justice League we will have to wait another decade for a proper universe.

Universal’s ambitious Dark Universe was supposed to be a star-studded action franchise on par with Marvel’s MCU. But instead, it seems like it’s dead on arrival.

The most recent blow to the slowly lumbering franchise comes from the writer of the planned The Invisible Man film starring Johnny Depp. Ed Solomon (Men in Black, Now You See Me), who had been attached to the project for nearly two years, has officially parted ways with the movie.

Solomon, who was first announced as the writer for The Invisible Man in 2016, revealed to Digital Spy that he is no longer working on the project.

“At the end of the day, I think Universal and I had a different idea of what the movie was gonna be. We began thinking that our notions would meld, and I should’ve listened more closely to what they really were wanting. I think Universal has had to come to a kind of reckoning of, ‘What are we doing with the Dark Universe?’ and, ‘What is our real intention with it?’, and I think they’re reconfiguring it now, which I think is probably good.

This news comes on the heels of lead Dark Universe producers Alex Kurtzman (director of The Mummy) and Chris Morgan (Fast & Furious) exiting the franchise, leaving the universe without anyone at its head. But, let’s be honest, the franchise seemed like it was doomed from the start. First, there was Universal’s over-eagerness to establish a cinematic universe without any investment in a good story. Instead, the studio banked on audience familiarity with its classic movie monsters and the box office draw of its stars: Tom Cruise as Tom Cruise, Russell Crowe as Jekyll/Hyde, Johnny Depp as the Invisible Man, Javier Bardem as Frankenstein’s monster, and Sofia Boutella as the Mummy. What followed was the critical and commercial bombing of The Mummy, a limp, lifeless excuse for a blockbuster that wasted the talents of its stars and only grossed $80 million domestically on of a reported $125 million budget.

It’s the second time Universal has put the cart before the horse with a planned cinematic universe — 2014’s Dracula Untold starring Luke Evans was initially supposed to be the launching pad for the Dark Universe. Its poor box office gross was disappointing enough for the studio to pull the movie out of the cinematic universe altogether — something that Universal can’t do this time with The Mummy, which unwisely set up future sequels with Crowe’s Jekyll/Hyde

Read rest at link above^

The mistake was thinking five years ahead without ensuring year one success. Everyone wants a Marvel, but Marvel made Iron Man good and successful first before plans began for shared cinematic universe.

As long as Pacific Rim 2 isn't a turd, I'll be happy. I THINK it's gonna be a turd though.....:(
On topic. Yeah, This is a bigger failure out of the gate than the DCU situation, which I've only been half paying attention too. So they're now doing separate DC movies outside of the DCU while still trying to go forward with the DCU movies? Or are the DCU movies done? It's such a mess I doubt I'll ever watch the ones I didn't see. ( I did see Man Of Steel, and Suicide Squad though ). Also, way off topic: I just watched Kong: Skull Island, and it made me want to drink Listerine. Or maybe an off-brand mouth wash.

What they needed to do was make sure The Mummy was a good movie first.  The Mummy was just plain not a good movie, which is pointed out in the article you quoted.  It literally spoofed "An American Werewolf in London" for no reason whatsoever (dead friend talking to Tom Cruise).  And, Russell Crowe's transformation from Dr. Jeckyl to Mr. Hyde was ridiculously weak.  It literally consisted of him adding colored contact lenses and talking in a "cockney" accent.  John Barrymore's 1920 transformation puts it to shame.  Considering almost 100 years have passed in the make-up/effects department, that really, really says something. 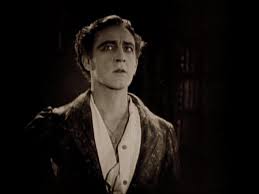 If you're going to build a "shared cinematic universe", you need a strong foundation.  DC already suffers this problem.  Universal is worse off, because there are far more people willing to see a bad movie on Superman and Batman's name alone than there are for the Classic Monsters.

This here is the problem, everyone is trying to keep up and compete with Marvel when they should be taking things at their own pace.

Is the Van Helsing reboot still coming, or did that run into issues as well? Was supposed to be part of the same Cinematic Universe as Mummy I recall.

Really?  I thought the copter fight early in the movie was epic.  The photographer character did annoy me.  And, John C. Reilly's character was really hammy at first, but I eventually found myself laughing along with it as the comic relief it was intended.  Overall, I loved it.  Kong's always been a personal favorite monster character of mine.  I begged my dad to take me to see King Kong Lives in the theater when I was a kid.  Not even my love of Kong would make me consider that a good movie though.  Even as I child, I knew it was awful after seeing it.  With regards to Skull Island though, I disagree.

All I can say is the next Godzilla better be centered around Godzilla and not some boring human like the recent one.

Agreed. The safest bet in business mind is to replicate what works.  Anytime there is a major commercial success competition tries their own version of it.  Making a good movie is hard, copy pasting what others have done is easy.

Fair enough. It pissed me off so much, I actually wrote a mini review for it on my profile page here at VGC right after watching it, and took it down almost immediately, because I felt it was too over the top. I gave it a chance. I'd even say I tried to like it. Without going into too much detail, every time I thought I saw a glimmer of hope, it did something awful. I know that often with movies like this, it's best to not think too hard about basic logic. It's total fantasy after all. Giant Apes and whatnot. But this movie was constantly bombarding me with things I didn't like. And and can't stress enough, that these types of instances I took exception to weren't my main problems with it. Just little things that exacerbated larger issues, and wouldn't have cared about otherwise. Here' just one small thing: How in the fuck are they seeing the aurora australis at all, let alone so vividly, if the island is enveloped in a perpetual storm? And they weren't looking up at the eye either. Just straight out at the the horizon, which was so clear, you could see stars through the aurora. That scene probably bothered me less than most anything else in the movie, but it just about made my head spin off my neck. Like, somebody wrote that, it went through some type of filtering process, effects were made, the scene was acted, filmed, and eventually, shown to an audience, when it should never have existed. Just cut it. Make it look different. Something! Just lazy. Again, not a huge issue on it's own, but I found it was teeming with such things, most worse than that IMO, and by that point, I started talking like Mr. Plinkett. I'm not exactly a brutal critic either. Pretty easy going for the most part. And I certainly don't fault someone for enjoying it. I love some pretty famously low reviewed movies, and checking it right now, I see Kong: Skull Island was fairly well received by critics.