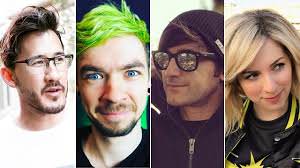 As explained in Twitch's blog, a new part of the upload workflow will be "Premieres," which is a different category of video than "Live" or "Rerun." Creators must make landing pages for all Premiere videos, which seems to mean that any premade, uploaded video will need a landing page. Viewers can set reminders from a video's landing page for an alert before the video is available. Creators can also use a countdown timer to build anticipation for the release of their newest video. Reruns, which are separate from Premiers, are exactly what they sound like: videos that already aired that creators have scheduled to play again.

Twitch's new system contrasts with YouTube's in that, when an uploaded YouTube video goes live, it simply appears on the site. Unless you've subscribed to the creator's channel or opted to receive alerts when that creator uploads, you won't always know when that creator posts a new video. While Twitch's video producer tools don't necessarily make it easier for new viewers to find a creator's content, they make it easier for loyal fans to never miss a new video. For creators, Twitch claims the tools provide "more control over their path to success" by giving them new ways to ensure their audience keeps coming back.

The company also announced a new multiyear partnership with Disney Digital Network to bring "exclusive" content to Twitch from some of the biggest Internet personalities. Disney-managed creators Jacksepticeye, LuzuGames, Markiplier, and Strawburry17—who have more than 44 million YouTube subscribers combined—will all create new content for Twitch under this deal. The company wouldn't provide specifics about the type of content or the frequency with which these creators will upload to Twitch, but a Twitch representative made a point to say that the company doesn't control the type of content its creators make.

All four partnered creators have Twitch accounts already, with varying degrees of activity, and all of them post regularly to YouTube as well. It's highly unlikely that any of them will stop posting to YouTube because of this new Twitch partnership, although we may see some of them promote Twitch content in their YouTube videos (a common practice among gaming YouTubers). Snagging four of the most popular gamers is certainly a win for Twitch because not only does it mean these creators will produce more content for the site, but they'll also bring their millions of fans along with them and possibly convert some of them to loyal Twitch viewers.

While YouTube is trying to protect its advertisers and put a stop to "bad actors" and distasteful content on its site, it's also alienating some small creators who feel stifled and disenfranchised by the new policies. While we likely won't see a flood of small creators move from YouTube to Twitch, it's possible that some will be inspired to give Twitch a try thanks to the new video producer tools and clout from popular gamers.

Can't wait for all the new restrictions Twitch will put on ad revenue and content. That'll surely attract streamers.