You know, when you are at school in Saturday, is the last hour, and the prof is not even teaching because is doing oral tests to others students, about something you already have a good vote...

All you want is go home but must wait , and you are starting to ask yourself so many question.....

What is the sense of life? Does god exists? Are aliens real? who will get my vote in the next elections?

AND WHAT WILL SELL MORE BETWEEN GTA V AND PS4?

I know the comparation is strange since we are comparing a game to a console lol, but this looks fun anyway

so what do you think?

Actual numbers (using sold in for both, since we don't have as many sold through figures for GTA V ). As for September 2017: 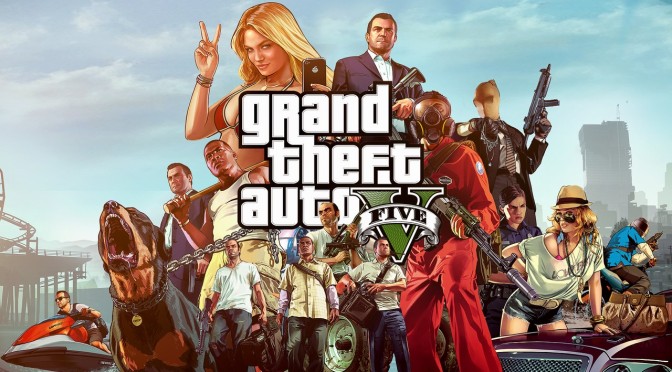 I think i'll go with GTA V: this game is just immortal. It sells to every fucking new people who buy a PS4, or an Xbox one (of course not everyone lol but you get what i mean), plus steam sales, and i expect also a Switch version which if happen will definitively sell very good.

Also, a PS5 port may be possible? Who know lol

School on a Saturday? Damn boy :(

I honestly feel like gta5 will win in the long run. PS4 is probably done around 2020 or 2021 but we all know they're going to remaster gta5 for next gen and there's probably going to be a switch port so that's a whole new generation of platforms for GTA to simply never stop selling on.

PS4, assuming there are no more ports or remasters of GTA V.

GTA V will win this hands down. There's no way the game is not selling a couple of million more on PS4/XBOne, plus the more than possible Switch, PS5 and NexTbox. This game is going to beat the PS2 in sales in 10 years from now.

GTA 5 will sell more easily as I'm sure Take Two will bring it to the Switch. The Switch would probably run it better than PS3 in docked mode and about the same in portable mode so with the way both the console and game are selling there is no reason why it won't. The novelty of a portable version of the game will also add to the appeal a lot. Else...I'd still pick GTA 5 :P

It depends.
If no more ports: PS4 will win.
If Switch port: Similar sales.
If PS5/XboxNew ports: GTA 5 wins.

Switch will sell more than both.