After some research in a seemingly continuous effort to understand what our fascination with resolutions are; I stumbled across a number of random facts that collectively paint a strange but interesting picture that I am going to try and paint here. Here goes...

First, let me start by saying... we have all been being deceived. Yup, every single one of us. Now to start properly... here is a nice picture. 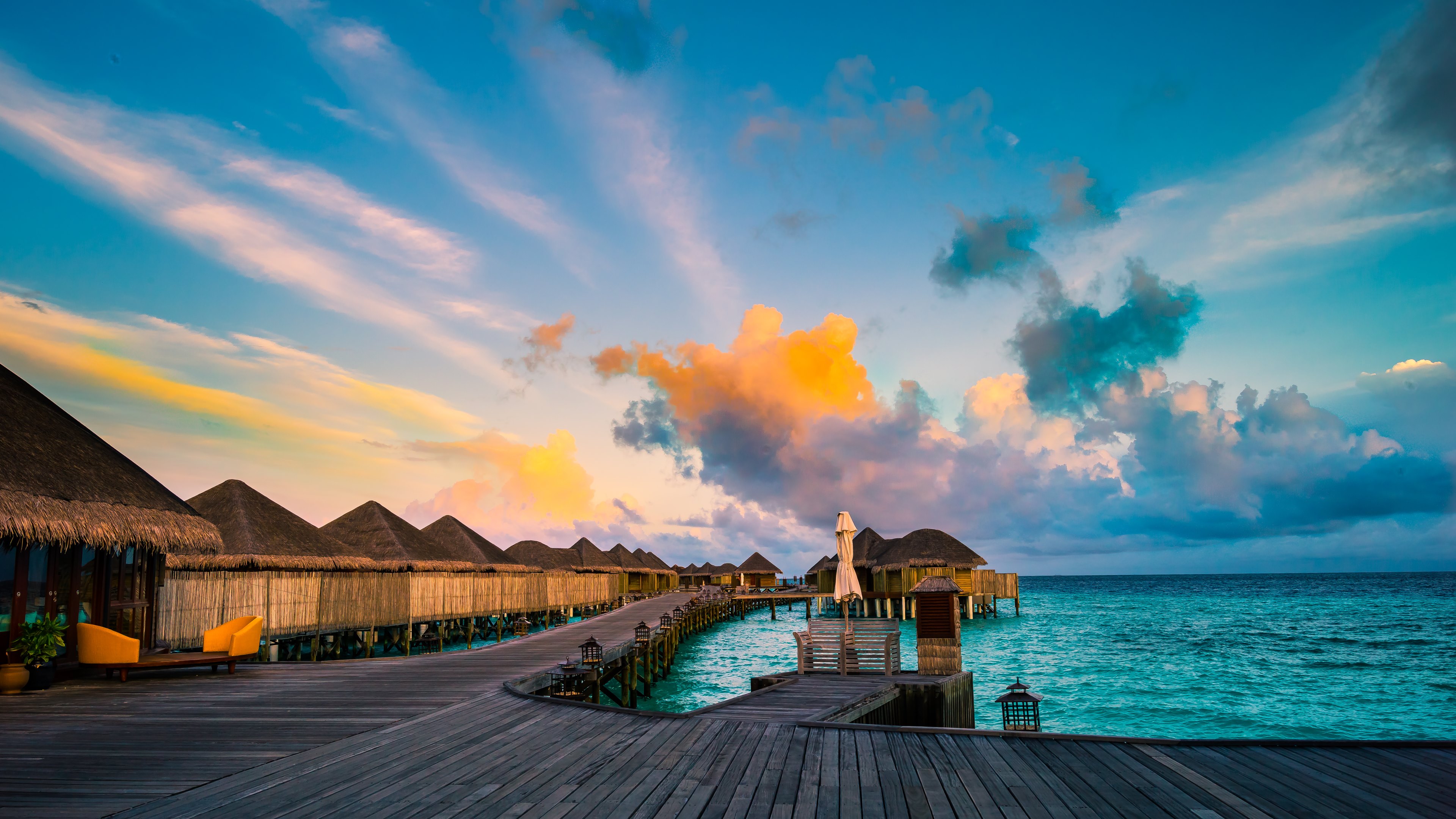 That picture means fuck all in the real world. Because resolution almost never really works they way they have seemingly got us all to believe. you are seeing that image right now at whatever the native resolution of the display you are reading this on. If you are looking at it on a 1080p screen, you only think it looks really clear or clearer than usual because I have told you its a 4k image.

Now for some context. The average perfect human eye can resolve around 720PPI (pixels per inch) from a distance of around 4 inches. This means that anything higher than that from a distance of 4" or more, will literally be IMPOSSIBLE for the human eye to tell apart. PPI. Thats what I need you to remember here, thats what this entire discovery is based on.

Now think of a display as a blank canvas. And think of the spaces between each pixel in that display (aka the Dot Pitch) as troughs on that canvas. If you were to take a laser printer and paint across that canvas, say a red color. The resultant color, or rather intensity of that color will be determined by just how many troughs are present within each square inch of canvas. The more the troughs (that prevents color from holding) the less the intensity of the color seen by our eyes.

If you can understand whats above this, then I can move on. Now what that tells us, is that an image of whatever native resolution is inherently defined by the display its being displayed on. Seems pretty obvious so far. But think of it some more and then it gets interesting.

Remember the 4" 720PPI max eye resolve thingy I mentioned earlier? Well lets look at displays now. All of the below are screen diagonal sizes with a 4k rez.

What you are looking at above is the literal scientific answer as to why your distance from a screen needs to increase as the screen size increases if you wish to retain a certain perceived resolution. So say you sit 10ft away from a 55" tv and replace that tv with a 75" one but still sit 10ft away; the image on the 75" will actually seem softer to you than what you were seeing on the 55" tv.

Again, think of a display as a canvas. What we all should be looking at isn't resolutions. Like, we simply shouldn't ever care about that or know that as long as the native resolution of the content is high enough. Be it 1080p/4k/8k. Whatever..... what we should focus on is the display PPI. An infinity resolution (made up name) will have a PPI of 720 regardless of the screen size. This will mean that at all display sizes, the only real limiter as to how good an image you see regardless of your distance from the display would be the quality of the source image.

The equivalent of a blank canvas with non distinguishable troughs, meaning the only thing that matters now is the quality of the paint.

To conclude, they have had us thinking that resolution is all that matters, when in truth that only matters with regards to the source material. What really matters with display tech is the PPI.

Hope you guys enjoyed that and happy belated new year everyone.

Resolution is so good now that there really is no reason to worry about going beyond 4k until display tech has undergone some fundamental changes - much like the "infinity" resolution mentioned here. As for games, I think FPS should be the focus for a few years, until everything is running at 60fps or better. Beyond that, there is a shitload of other stuff that could use some improvement before we get back to worrying about greater resolution.

You're wrong. the image is 755x425 for everyone regardless of device since it's a forum post, and if the user manually opens the image, it will depend how their browser handles it, if it displays the image at it's full resolution and the end users display is sub-4k, then it will only display a portion of the image, if the browser resizes to fit then the image will be whatever resolution it was resized to, using the scaling method relative to the browser.

And the image itself is compressed, so even if it's 4k in resolution, the content contained in the image file isn't true 4k because the compression used is lossy to reduce filesize.

If the photo was uncompressed raw at 4k displayed on a 4k display then you've got a 4K presentation, and that would look a damn sight better than the effects of eveything mentioned above.

Also the clarity of an image is dependant upon the viewers vision, bad eyesight and requirement for glasses play a role and.. well basically the threads just not right.

Average distance from a TV varies from country to country, but is generally between 1.6 meters and 2.4 meters in use, where as the average view distance for handheld high PPI devices is 30cm, that's a huge difference.

Also the 720ppi at 4 inch thing isn't accurate because the human eye does not see in grids, additionally the format of the display effect the perceived complexity of the final image, standard grid layout versus hex layout, dot array and so on, the receptors in the eye are densly packed but randomly packed, thus 720ppi seen by the eye isnt the same as 720ppi on a display, the clarity of angles and resolve of edge details is much greater in reality than what a grid display can emulate, so even if the 720ppi matches the average maximum of a human eye, it's still much lower perceived resolution than the real world.

Last but not least theres the issue of focus, the human eye can focus on things at different depths to resolve further information, for example if you take a picture of a room then try to read the title of a book from that image, you'll likely struggle, but being sat in the same room and looking at the book it would be a hell of a lot clearer, even though the human eye can only perceive at a fixed ppi, it can resolve greater detail from the area around it because of that ability to change focal depth, in effect, adjusting the PPI of a specific focal point at the cost of PPI of the now unfocused area.

A display, even at the same "maximum" of the human eye cannot adjust to resolve detail in particular areas of an image, it can only display a fixed image with a fixed PPI.

Are you trying to sell us PPI as something new here?

We haven't reached the point yet where mainstream gaming devices are able to reach proper PPI, so demanding more and more resolution is just fine.

Also, it's never a great idea to fix human senses to hard digital numbers. The brain and our sensory organs do a lot more than just process sensory information directly. They always take all of the senses into account and do a lot of post processing. That's why a 2000ppi image will still look better than a 1000ppi image. If it starts moving, the contrast will be even stronger.
Next you have to consider that our brain and organs are trained more and more for higher perception and standards. So even if we can't process the difference between an 8k or a 16k picture right now, we probably will be as soon as we're used to 8k footage.

So until we reach a point where our brains really cannot tell the difference anymore we will still ask for more and more and that's ok.

That's the reason why I'm gaming on a 22" screen since 2008. It's just way sharper than all those gigantic displays, 4K or not.

But it's not exactly news. I thought all this stuff is well known for years. I mean it's only logical that pixels get bigger when the display gets bigger, isn't it? I also don't think there is any limit in PPI that humans can perceive. The eye doesn't work with pixels. Plus every pair of eyes is different. Some people just have better eyesight than others. And the brain also plays a role in all that.

"To conclude, they have had us thinking that resolution is all that matters, when in truth that only matters with regards to the source material. What really matters with display tech is the PPI."

Resolution and Screen Size matters, that's what the industry tells us, and that's what is correct. PPI is simply an amalgamation of both these two figures.

To always go for a higher PPI display ignores the factor of perceived image size, which is based on size of display and relative distance, of which their is an ideal size. The DS Lite had a 102PPI display, a 4k 50" TV has a 88PPI display, does that make the DS Lite's display higher quality? Nope.

Basically you choose the resolution you want, and the size of display that fits the distance you will be viewing it from, and as these two factors are already the sole source of where the PPI comes from, you don't need to worry about it. Resolution and then matching Size to Viewing Distance is what matters when choosing a display.

PPI is not necessarily the deciding factor even at the exact same distance. A 4" 1080p phone will have a higher PPI and thus image-quality then a 1080p 5.5" phone that will likely be used at the same distance. However perhaps you want a bigger perceived image size over the drop in perceived quality.

I say you should sit 4 inches away from the 100 inch monitor. That way the 4K image is just OK, but at the same time you have more to view if you move your head.

Who are "they" and who is this "we" they've been fooling? Everything in your OP is either old news or wrong...

@Bolded: Oh, there must be. You have a fixed number of perceptive cells, and there is no way for you to distinct on which side of the cell the photon did hit. So there is a natural limit. Wikipedia say the resolution of the human eye is 1/120° (the angle, not the temperature).

@Underlined: You can bet on that big time.

Answers in bold... I do not expect to have convinced you..... but I do at least hope that you still don't think everything I said was nonsense and maybe that next time you would consider sharing your own opinions in a way that doesn't come off as being dismissive. You don't have to dismiss mine to make yours so to speak. Thanks.

Read replies to the above poster too I guess.