Forums - Movies Discussion - Does the upcoming Black Widow movie have any chance of earning more than Wonder Woman did in theaters?

I will see it?

With Scarlett Johansson front and centre, finally it's Black Widow's time to shine 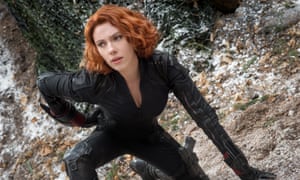 It’s not difficult to follow Hollywood’s logic in avoiding female-led superhero movies for most of the past 20 years. Whenever studios have taken risks on characters such as Catwoman (in 2004, with Halle Berry in the leathers) and Elektra (2005, with Jennifer Garner as the famed assassin), the box-office results have been paltry and the critical brickbats relentless.

Of course, when I say it is possible to follow the logic, this is not the same thing as saying such blinkered thinking is logical, which led us to a point where there were no major female-led comic-book flicks released in cinemas between 2005 and the debut of Patty Jenkins’ Wonder Woman last year. For, by the same rationale, Hollywood ought to have banned all male-led sci-fi romps following the failure of Cowboys and Aliens to light up multiplexes in 2011. It did not, of course. When a female-led movie fails, the gender of the lead protagonist is immediately flagged up. When a male-led film heads straight for the DVD bargain bin, other aspects are highlighted.

It should not have taken the success of Jenkins’ warm-hearted DCEU origins tale for rival Marvel to finally take a chance on a solo outing for Scarlett Johansson’s Black Widow (to be fair, the studio did already have the Brie Larsson-led Captain Marvel on its slate for 2019), but we can only assume there is a link. Johansson is a huge star in her own right, arguably better known than any of her fellow Avengers bar Robert Downey Jr, and yet she has only ever appeared in ensemble efforts within the Marvel Cinematic Universe. So confident were Paramount of her pulling power that they cast her as the lead in the ill-conceived anime remake Ghost in the Shell last year, yet Marvel continued to procrastinate over delivering a film that would have seen the star of Under the Skin and Lucy take centre stage in her best-known role. 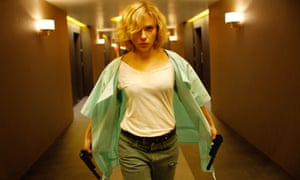 FacebookTwitterPinterest
A talent for taking down the bad guys … Johansson in Lucy. Photograph: Universal/Everett/Rex

No longer. Variety reported last week that Marvel is finally moving (tentatively) ahead with a solo Black Widow film the best part of a decade after studio chief Kevin Feige first indicated an interest, with TiMER’s Jac Schaeffer writing the script. Not much is known about the project, but it’s encouraging to see that the studio is finally moving in the right direction.

With Johansson in the role, Black Widow surely now has the potential to become one of Marvel’s big hitters. The more fascinating corners of Romanoff’s twisted psyche (as seen in the comics) have barely been explored in the Avengers movies, beyond a brief mention of her chequered past as an assassin and spy in Captain America: The Winter Soldier and a somewhat controversial reference to her darkling origin as a creation of the sinister Soviet agent production line known as the Red Room in Avengers: Age of Ultron.

The obvious direction for Black Widow’s debut solo outing would be a straight-up origins tale detailing how the one-time KGB spy and assassin Natasha Romanoff came to join SHIELD. The only problem here is that Johansson is not old enough to have been born in the USSR, as her character was in the comic books. The print version is said to boast anti-ageing powers, but it has never been clear that the MCU iteration shares these, so to suddenly discover them would be an unexpected development to say the least.

A more suitable adventure for the superhero might be to imagine her caught up in a conspiracy involving people from her past, perhaps referencing the 1967 comic book run The Valiant Also Die. The early effort saw Romanoff brought face to face with her one-time husband, a man she thought long dead, who has become an evil communist version of Captain America known as the Red Guardian. There is space in that narrative for Jeremy Renner’s Hawkeye, an obvious candidate to

I do not think She has as much appeal to the masses as Wonder Woman does. Since it is a Marvel movie it will probably help to have some of her team in the film to help boost interest though. If not, then Marvel risks an "Electra" or "Catwoman" like disaster in my opinion.

I have never seen any of these dire looking films. What ever happened to making good movies like one flew over the cuckoos nest, Casablanca, the whicker  man etc etc. Churning out shit after shit says just as much as the general state of people who go to watch this crap as much as it says about the Hollywood film studios. No wonder I don’t watch many films anymore.

You have not seen any super hero films, or just no female superhero films? The problem is that films like the ones you list above do not usually do well these days. Sad fact of it all. The Wicker Man even failed with Nicolas Cage. The original was only a cult hit.

We do have many great movies though. They just are not that big. The Post, Lady Bird, Dunkirk, etc. So they are there, maybe you are just missing them?

Not an edit* Dunkirk performed great at the boxoffice and with critics.

Whoever wrote that article makes the assumption that Marvel only finally greenlit a Black Widow movie after seeing the success of Wonder Woman.

How on earth does one come to that conclusion when there's nothing that points to that in any way? Marvel Studios hasn't shown any worries when making a movie about any of their characters, why would they start now with Black Widow? Just because she's female? Plenty of female lead movies do successful, and even if they didn't I doubt that would make Marvel not want to do it. It's like the person who wrote this article doesn't even pay attention to the MCU at all.

Also this whole line of thinking that "nobody will go to see a superhero movie/movie in general with a female lead" or that Wonder Woman was the first to go against that isn't true. Again, as I said in another thread, do you really think people went to go see Wonder Woman solely because it had a female lead? No. Maybe a few feminists did or something like that, but for the general public no, they most likely went to see it because it happened to be a good movie, one of the only good reviewed movies to come out of the DCEU. If you make a good movie people will usually go see it.

Last edited by FloatingWaffles - on 17 January 2018

If they do a Black Widow movie, my first thought was it would be a origin or pre-Iron Man 2 story.

There must be a lot of back story there that hasn't been told yet, and I couldn't think of where a current story would go if it was meant to be squeezed into events that happened between one of the movies she has already been on. To do this my second thought was Scarjo wouldn't be playing BW and a younger actress would be cast to play her. Would be hard to have Scarjo playing a younger BW since her first appearance was almost 10 years ago.

I hope I am wrong though, as I don't see the draw of Black Widow solo movie without Scarlet Johansson playing the role

They should have done this 3 movies ago. She was popular, cool but that's dieing down while they for some reason give Carol Danvers someone elses name and try to make her popular.

Eitherway, as long as it's set in Russia and Yelena is in it. I'm all good.

I'm gonna say no and maybe it depends on critical reception.

Part of the reason I saw Wonder Woman was the amount of praise it received.

They're too late. There's a black widow movie called Red Sparrow coming out this year already.

Yeah there a exceptions. Shame they are few and far between 😜

It has a chance, considering Marvel movies generally are on an upwards trajectory, however to make a comparison, Spider-Man: Homecoming just barely outgrossed Wonder Woman worldwide (880m vs 820m). Spider-Man has the minor disadvantage of being a much more saturated series, with this being the 6th Spider-Man movie in 15 years, but Spider-Man is a bigger IP than Black Widow. I think Black Widow will end up in the 650 million range, with potential of 700+ if it gets high praise from audiences and critics.