Maybe a Metroid Fusion remake by MercurySteam? since they did an excellent job with Samus Returns.. 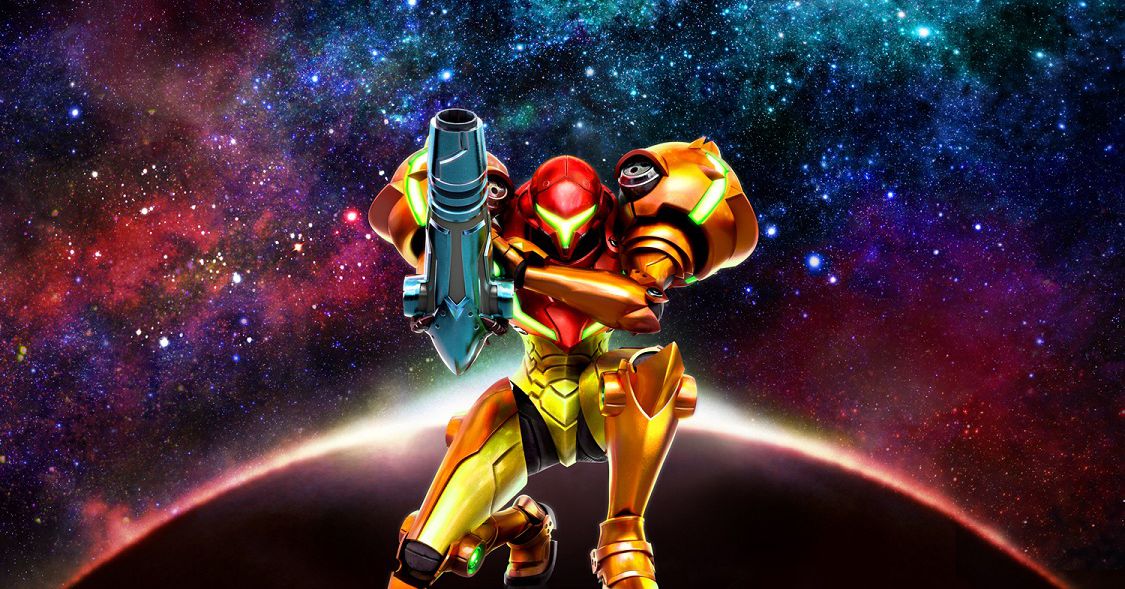 After a fairly lengthy hiatus, 2D Metroid was back in the spotlight with Samus Returns. Nintendo and MercurySteam partnered together on the 3DS game, which debuted last September. It wasn’t entirely new, but was a remake of the Game Boy title Metroid 2: Return of Samus.

Samus Returns could be just the start of Metroid’s 2D resurgence. Rumor has it that another entry in the franchise is in development.

That speculation stems from comments made by ResetERA / NeoGAF member mocolostrocolos. While we typically shy away from posting rumors from those with proven track records and random speculation, mocolostrocolos hinted at Samus Returns as early as 2016. A Metroid 2 remake was referenced on numerous occasions. However, it wasn’t until E3 2017 in June that Nintendo finally revealed the MercurySteam-made title – which mocolostrocolos also teased would happen a few days prior.

As for the new 2D Metroid, mocolostrocolos claimed last month that it’s “on a really early production state.” It may have had development issues at one point, though “now seems to be fine.” The only other tidbit mocolostrocolos provided is that the team working on the project is not an internal Nintendo team.

That’s the only information we have to go on, assuming the tidbits mocolostrocolos have shared are accurate. It isn’t clear what platform(s) the new Metroid would be on, but with Nintendo seemingly moving on from 3DS, Switch would naturally be a strong candidate.

Last time I heard rumours about a 2D Metroid it was that there was a new one being made by an European studio for the 3DS. So, hopefully this will follow as well.

The Chozo Memories in Samus Returns left a lot of potential for the future, really hope they make a kickass Metroid 5 for the Switch instead of wasting our (and their) time with a Fusion remake.

A 2d Metroid would be cool.

Whether the rumor is true or not...

Would be awesome if there was some cross over functionality between a 3D Metroid title and the 2D Metroid title. Does anyone know if it would be possible for one game to affect the other on the Switch. I seem to remember this being the case on the Wii where having played one Metroid opened a costume or something in another. Would be pretty cool if completing 100% in either opened a secret room in the other, for instance.

Metroidvania isn't really my type of genre, but would be neat to see the series continue

If it's a remake, Super Metroid would be the logical next step. If they leave it more or less untouched design wise, sans perhaps a few modern conveniences, I would be down. It would probably be more a remaster. Game could look gorgeous in a variety of styles.

A new Metroid 5 would be cool...but for me, also disappointing. I would rather see the franchise move forward with the Prime formula. Imho, Prime should be the mainline, 2D the side series.

That doesn't make too much sense. They're already making a Prime 4, so how are they not moving the franchise forward there? Either way I disagree, I think it's only logical the 2D series is mainline Metroid since it tells the essential story of the franchise, unlike Prime which tells a different story - which is all good on its own too. Personally I'd rather consider them both alternate timelines really, then I guess we could call them both "mainline", but ultimately it makes no difference. It only makes sense for new Prime games to continue the Prime storyline and new 2D games to continue the 2D storyline.

Also, Super Metroid remake? Please no. As I've said I don't want more remakes but if they really need to do one I'd rather take Fusion if only because they could dramatically improve the soundtrack (greatly hindered by the awful GBA soundchip), and maybe make some minor improvements like being able to skip dialog or allowing the player to get away with sequence breaking on Sector 4 with the Shinespark. Super Metroid really doesn't need a remake, it sounds amazing and looks amazing and plays amazing.

Yea, anything other than a new game would be dissapointing, more so with the end images from Samus Returns.

And like, we can have both 2D and Prime games.

Super Metroid 2 or a brand new game made by Nintendo. Anything less would be disappointing for me. Fusion was the last great 2D Metroid imo.