Forums - Gaming Discussion - Prediction: Monster Hunter World will be the best selling MH of all time

Hey guys, this is my first own topic, i hope you like it.

Which MH title are to beat?

(sales as of September 30, 2017 from http://www.capcom.co.jp/ir/english/finance/million.html)

And now my prediction for MH:W

I don't know, but it will do a lot better than most people thought it would when it was announced.

A Japanese made game selling well on the Xbox......yeah no.

If i had to guess, best it will do on the PS4 is about 3 million, with Xbox and PC total possilby pushing it to four million.

The thing on the X-box is an utter waste. For all the issues putting it on the Switch leads to workwise, it will still sell more on it on the simple fact that japanese games on it sell well. 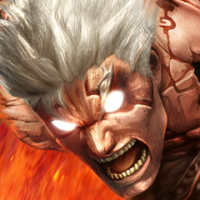 I dont think it will sell that well. But i hope it will be enough to keep the franchise away from nintendo handhelds. The shitty hardware never helped the franchise to evolve.

So right now, according to Vgchartz's U.S preorders (8 weeks left until release) MHW (PS4 version) is pretty comparable to other Monster Hunter games sitting at 48,885 (for comparison MH4U was at 112,790 at the same point before release.) You are also underestimating how first-week heavy Monster Hunter's sales are. If the game sells 2 million first week (on PS4) it's not going to sell 6 million lifetime.The game is also likely to sell about half as much in Japan as the best selling handheld titles, based on COMG preorders.

I don't think MHW will outsell MHF3 (and definitely not Freedom Unite's 5.5 million sales.) Whether or not it outsells 4U depends on how well the XBO or PC versions sell, which I don't predict to sell that much (300-500k and 500k-700k respectively.) I think it has a decent chance of outselling X though.

It is going to sell excellently for a console monster hunter game, but "best selling MH of all time" is setting oneself up for disappointment.

I think they can sell 2-3 million lifetime in japan alone. And like 2 millions rof. 5 Million units is not unrealistic, streamings, youtube etc will help make the game that popular it deserves to be and of course the PS4 as a Platform will help also.

1.5 - 2 million is what the COMG numbers are hinting at in Japan. 3 million in Japan isn't happening. Monster Hunter, even with the QoL updates, still has some pretty niche game-play focused on grinding and slowish combat. I just don't see it as something that will go mainstream in the West, no matter how much advertising there is.