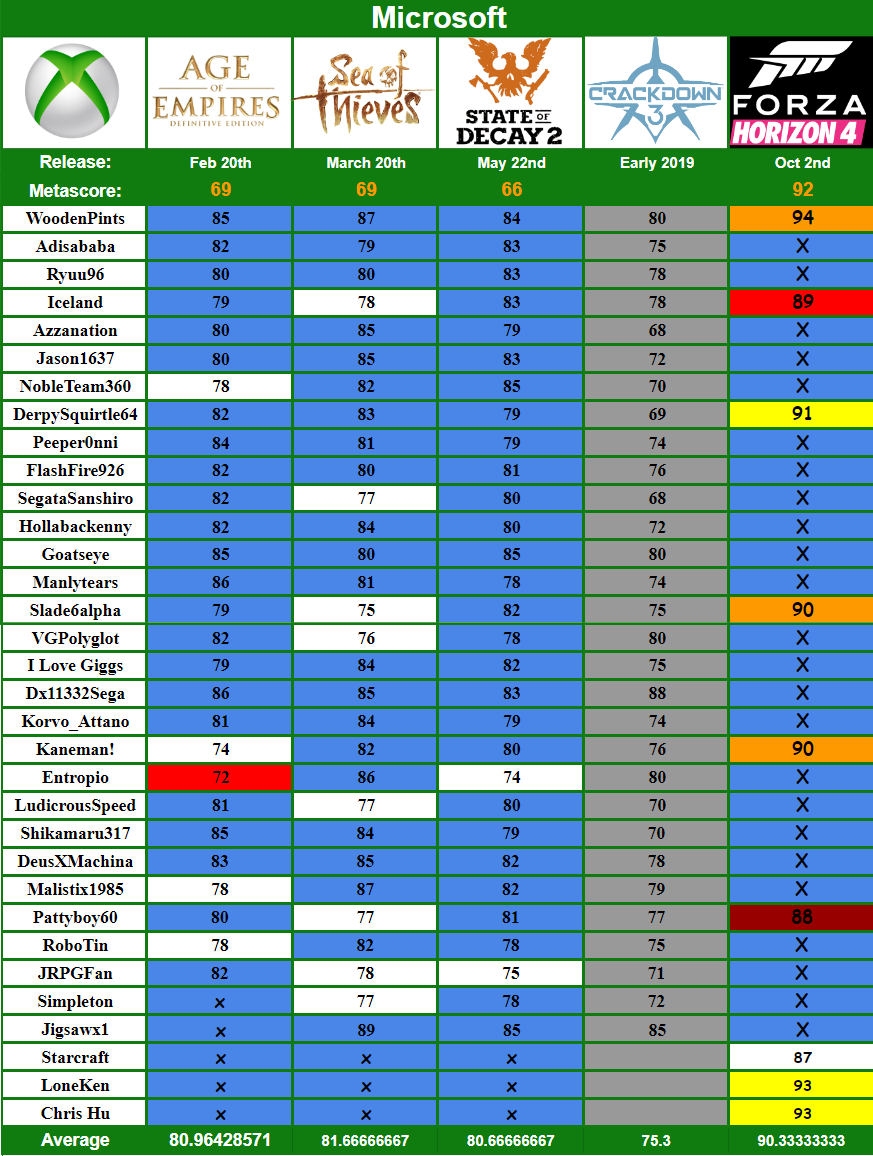 Do not edit your votes, you must quote your original prediction with the vote that you want to change. You're allowed to change your vote for a game until the first reviews start rolling out.

As soon as possible, you can however join whenever you want but you will miss out on certain games and have less chance of winning.

We'll be using the platform which has the most reviews, which will very likely be Xbox.

New games which are announced and being released in 2018 will be added as soon as possible.

+1 Point if you're the only correct predictor.

Early predictions are in.

Didn't really want to predict SoD2 & CD3 until we see updated gameplay (Will have been almost a year since we've last seen them) SoT will likely change too after I play the closed beta.