Nintendo had its up and downs in terms of releases, but now that Nintendo has shifted focus to mainly one platform, along with the 2016 drought, Nintendo truly delivered a solid year for Gamers. I made a thread in the past rating Nintendo's 2017 year and over 50% rated it a solid 10/10.

First up, the launch of the Nintendo Switch. The launch of this system, deny it or not, was extremely successful, having the best first 10 months ever in NA, and surpassing Wii U LT sales in Japan. Fad or no, this really put Nintendo back on the radar for many 3rd party developers, where many expressed interest in developing on the system in the future, or have already done so.

Nintendo also launched the SNES mini and the New 2DS XL, with the SNES selling out just like the NES mini. The 2DS was a cheaper alternative for the the n3DS and has a clamp-shell design, rather than the tombstone.

Mobile was another thing so I'll get that out of the way. FE Heroes was a success and is currently doing better than Mario Run. Animal Crossing launched recently as well and from what I see, is doing just fine. Though My Nintendo is still garbage and Nintendo Switch Online for just Splatoon is a.. thing.

Now to the launch games. We don't often see both mainline Mario and Zelda games releasing in the same year. Not only that, they really broke the boundaries of conventional Zelda and Mario games. Both were extremely successful, receiving 97 on Meta and complicated many Nintendo top 10 list, having to pick between these two games. I could ramble more about these 2 games, but having not played Odyssey yet, I'll leave that for some other time. 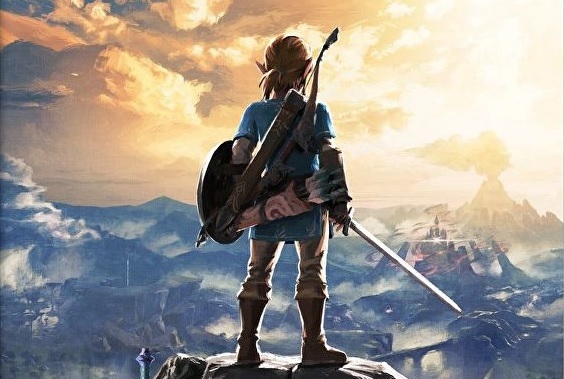 Nintendo obviously did learn from their mistakes and are also wanting to please their fans by bringing back Metroid Prime 4. Amiibos weren't a huge thing this year, and didn't lock content behind amiibos that weren't accessible normally through normal game play, though Zelda is the main exception. They also took a dive in remaking 2 old titles (FE Gaiden and Metroid 2) which I feel were very good as well. And not to mention the 3rd party support, there was a game releasing month that was worth the consideration of purchasing.

So to give a proper score, I definitely would give Nintendo a solid 10/10 for 2017 and would say that this is probably one, if not the best year for Nintendo.

It's certainly in contention. Wii was off to a great start as well, had Twilight Princess, Super Mario Galaxy and Metroid Prime 3 in its first 12 months, plus a bunch of supporting titles and Wii Sports; really not too different from Switch, although a couple of Wii games would be 2006 and therefore don't fit into the metric of calendar years. The DS was blowing full steam ahead in 2007, so Nintendo had two highly successful systems side by side. That's why I'd put down 2007 as Nintendo's best year. They had great games, they had great sales, they completely destroyed the narrative that "Nintendo will go third party soon."

There are a lot of parallels between 2006/07 and 2017. It's awesome when Nintendo challenges conventional wisdom.

Not if you been alive long enough to see Nintendo in the 80s and early 90s. We remember when we got new IP's of Metroid and Zelda in the same year! 1994 and 1995 were insanely great for SNES.

Debatable, when other years like 2007 were pretty good too, but considering that Nintendo was practically nonexistent last year, this is clearly the biggest jump in momentum they’ve ever had.

It's certainly up there.
When I think of great years for Nintendo, I think of the following:

It's very hard for me to put 2017 above those years, because they were so damn good. But, 2017 was certainly the greatest turnaround in that company's history.

In the 80's, Nintendo's marketshare was over 90% and they were so creative that they were actually INVENTING Mario, Metroid and many of the franchises which we all still play today. So no, 2017 is not their best year. Not by a country mile.

Good year? Yes. Best year? Personally, I don't think so. The late 80s & early 90s were consistently strong years for Nintendo. First we saw the NES revitalize the console market and get strong first-party offerings and third-party support, and we saw the Game Boy introduced in 1989 and the SNES in 1991 both with amazing lineups. That was to me Nintendo's golden age. The Switch may very well be their renaissance, though.

If I tried to be as objective as possible, probably not the best.

But screw that, Odyssey was beyond any perfect Mario game I could imagine and Zelda wasn't too far behind.