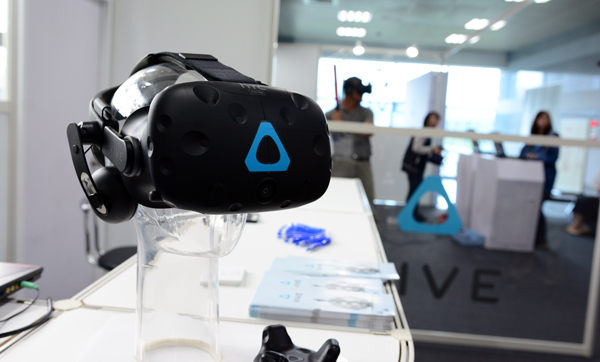 TrendForce reveals that global shipments of VR devices reached 3.7 million units in 2017. In terms of shipments ranking, Sony took first place, followed by Oculus Rift in second and HTC Vive in third. As for 2018, TrendForce estimates that the shipments will come to 5 million units.

“Thanks to PS 4 Pro’s strong sales and support from third-party developers, Sony PS VR recorded a shipment of 1.7 million units, accounting for the largest market share in 2017,” says Jason Tsai, analyst of TrendForce. Oculus Rift and HTC Vive shipped 700,000 and 500,000 units respectively. Another product, Windows Mixed Reality headset jointly launched by Microsoft and its partners Acer, Dell, Lenovo, etc., recorded a shipment of around 300,000 units in 2017.

In terms of VR devices shipments for 2018, PS VR is expected to record annual shipments of 2 million backed by Sony’s rich resources in game console industry. Oculus and HTC will launch new models, raising their shipments to 1 million and 600,000 units respectively, according to TrendForce’s estimation.

According to Tsai, the demand for VR devices in 2016 mainly came from the novelty of new products, but the shipments growth slowed down in 2017. Currently, the niche commercial market for VR demands customization, while the consumer market for VR focuses on gaming and entertainment. However, currently, there is insufficient VR game content available, which is the biggest obstacle for VR market development.

This obstacle drives VR manufacturers to adjust their business goals in 2018. Tsai notes that, facing slowing market growth, VR device makers are now looking at standalone VR headsets to accelerate the market growth and to stimulate the demand. Standalone VR devices are mainly used for social media, audio/video and internet services which target at general consumers. For instance, Google and Facebook are now actively developing standalone VR devices, HTC has also launched Vive Focus, a new standalone device, while searching for more content providers via its platform of Vive Wave.

Standalone VR devices can meet the needs of general consumers, however, consumer acceptance of these products will be the key to market growth. In addition, the development of standalone VR devices is faced with potential technical challenges, including extra components such as chips, enhancement of inside-out tracking technology, improvement of battery life and heat dissipation design, etc. To sum up, standalone VR devices will be the market focus in 2018, but the overall VR market will remain in the early stage of development, so the shipments will not have substantial growth until 2020.

I thought this is a new thread.