I guess I'll sign up, but I don't know how much I'll be able to commit to.

Don't worry about that. Every bit counts. :)

Bringing another review to the thread. How are the rest of you doing? 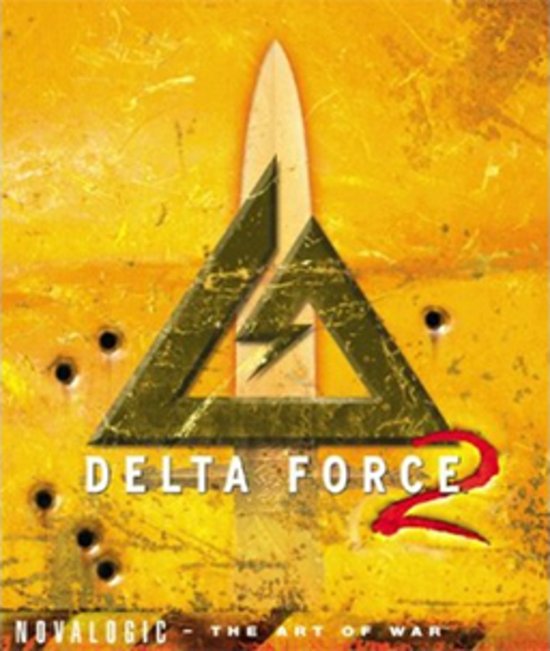 Every now and then, you find games that once were very important and cherished, but they have been buried under tons of other titles due to the constant improvements suffered by their genres. The FPS genre is one of the ones that have evolved the most, especially in the last couple of decades, so it is very frequent to find that many old shooters have become unknown to the masses, even if they had great ideas and executions. Delta Force 2 is one of them. Published in 1999, its release was not that big compared to other shooters at the time, with titles like 007 Golden Eye and Half-Life overshadowing back in the day. Even if it shares the name with a very famous movie series (the Delta Force movies, starring Chuck Norris), the series never gained that much notoriety outside of certain circles, and at this point the games are pretty much unknown to the masses. But is that lack of notoriety justified?

First thing to take into account with this review, I’m analyzing the original retail release of the game, which I happen to own. The Steam version, released in 2009, doesn’t work in any way, shape or form, which is just unacceptable. The game doesn’t detect the mouse, which is just a game breaking thing right off the bat. If whoever owns the game re-releases an old game, they should at least make sure it works. So this review will have to account for some performance problems that come from me using an ancient configuration to run this in modern PCs. Some levels crashed when I was playing, but the game is very old and unoptimized for modern computers. If you are planning to play this game in the future, take this into consideration.

Delta Force 2 is a tactical FPS, which is a subgenre that isn’t that popular nowadays, considering how big the genre in general is. You can choose from a variety of levels, each mission with its own goals and ways to deal with the enemies. There is a large selection of quick missions, or two campaign modes that will have you fight terrorism across the world, trying to deal with the typical action-movie plots of the 90s: avoid nuclear war or destroy bacteriological weaponry in terrorist hands. After a short briefing informing you about the mission, you choose your weaponry and equipment. After playing a couple of levels and trying to use multiple guns, you will inevitably only choose a couple of them, and maybe a single set of weapons/tools for the entirety of the game, just changing it when the mission practically forces you to do so, but I’ll go deeper into that later.

One of the things this game tries to do to a very good extent is realism. There are not two identical levels in the game. Even if there are a couple of missions you have the typical goals you expect in this kinds of games (clean the area of hostiles, rescue the hostages, recover the package…) the game finds ways to make it more interesting, by changing the maps, extra-equipment, climate, AI companions… The game is actually very open for its time: you can beat a level in a variety of ways, and the maps are very open, so you can either sneak around the base or just enter guns blazing. There’s no tutorial either, you discover what anything does on your own. The character is very fragile, which adds to the realism. No health-packs, no regenerating health, no way to heal yourself. One or two gunshots are enough to take you down, and likewise for the enemies. You better be careful and make sure you clean the surrounding area before advancing, you don’t want an enemy shooting you in the back. There are no checkpoints, you make one mistake and you have to start the level from the beginning. This forces you to think tactically most of the time. You can’t find spare ammo in the levels either, but any savvy player can solve this with a smart choice of guns and tools. In particular, the combination of M4 Carbine-Grenade Launcher, SOCOM 45 with suppresser, extra ammo pack and Kevlar vest will pretty much suit you for everything, that grenade launcher is extremely good at taking down heavy vehicles, even if sometimes the grenades don’t explode, for some reason. There is no music during gameplay, there’s only the sound of nature, enemy sounds and your teammates talking to you through radio. Weather will affect you considerably, and some weapons might only work in certain conditions (don’t try to use guns underwater unless you have the pistol specifically made for that, you’ll just waste ammo).  The night missions can be very cool, but due to the graphics not being that good, the night-vision option just makes it horribly hard to see anything, which is a problem. Overall, it is surprising this kind of shooter has ended up disappearing, there’s a lot of untapped potential here.

The game has problems, though, and most of them can be linked to the age of this game. Graphics can be very bad and simplistic, and when you’re scared of a dot far in the distance and you can’t tell whether it’s a mercenary or a cactus, you know you have problems. The resolution can be a very big problems when enemies are sniping you from afar, but the draw distance can isn’t enough to show you some enemies. To be fair, you can just say this is to encourage you to be more tactical, but this is very obviously a limitation of the game performance. Some effects, and specially the sniper scope, look like they’ve been made in MS Paint, but they achieve their purpose, so there’s no reason to be mad about this.

Graphic problems are one thing, but AI problems are much more worrisome, and they can take a lot of your enjoyment away from this game. You will either find two problems: the enemy soldiers are very dumb and will take a couple of seconds to shoot at you, even if you are right in front of them, and even then they might miss, or they will be merciless monsters that can snipe you from kilometers away and even THROUGH THE WALLS. There was a particular level where I spent hours trying to find the location of a sniper that killed me every time I got close to the walls, only to find out later that it was just behind said wall. These two kinds of enemy are often combined in the same level, but the difficulty options are there for a reason and you will be able to suit the challenge easily. Just be prepared to find the occasional enraging moment. The ally AI is not free of flaws either, they will mostly charge the enemy from afar, not taking notice of some particular victory conditions. There’s one level in particular in which you can’t shoot the buildings because they’re rigged to explode, freeing a lethal toxin if they do so. The AI, both the enemy’s and the ally’s won’t care, and they will happily shoot tanks and buildings, giving you an instant game over. You have to kill your allies first, then the enemies while camouflaged, otherwise this mission is impossible.

There’s also multiplayer, but considering the servers for the original release closed down a long time ago, I haven’t played it. Fortunately, I still remember playing this game, the LAN matches of this were quite fun. They’re basically the same levels of the single player mode, only with multiple people. These mods can be a godsend for some levels, especially those that depend of very good coordination, and the ally AI of this game is, as I said, unreliable at times. If one of the players die, they can respawn if the rest are still alive, but they will spawn right at the starting point, which will force them to walk very long distances to join the team again. Multiplayer makes this game ridiculously easy.

Overall, this game brought to the table a lot of good ideas, even though it doesn’t add that much new from the original Delta Force, it’s just a better running version of the first one with a lot of new levels added. There’s a lot of room for improvements, though. The game can be too simplistic and repetitive at times, and better level design and actual differences on gun performance might make this a better game. I’m surprised the lack of this kind of games nowadays. Games like Tom Clancy's Ghost Recon Wildlands are the closest thing to it now, but the linearity of some of the Delta Force 2’s levels can really add a lot to the experience.

Added. The more the merrier :)

This is a really cool initiative. By the way guys we'll definitely introduce some sort of 'recent user reviews' box for the front page at some point (as well as link to it from various parts of the site), to give all of your user reviews more visibility and make them easier to find.

Thanks! This will help to shine a light on this games! :)

Ah, Delta Force...so much good memories from LAN parties back in days...

i'll join. i play obscure titles more than anything