Forums - Nintendo Discussion - RUMOR: Looks like Pikmin 4 will be featured in the upcoming Direct (Probably Fake)

The upcoming Nintendo Force magazine features a look at Pikmin 4, confirming that the press will have or has already had hands-on time with it. This usually happens immediately before or on the day of a Nintendo Direct. Ohh, fun! Looks like they'll be showing at least something for Fire Emblem and Bayonetta 3 as well, then.

If that is true then the game is probably really close

I see Project Octopath Traveler on that list, something I'm much more excited for... although to be fair I've never played a Pikmin game, lol. 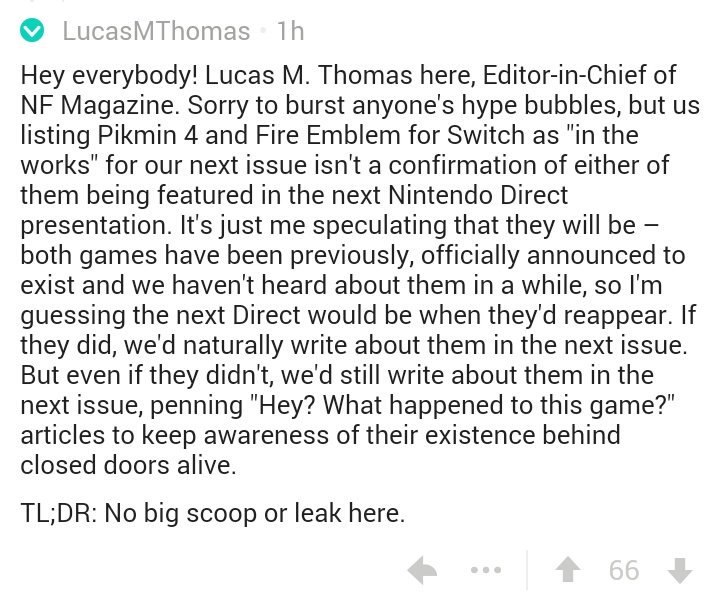 I don't think they know any more than we do. Nothing completely new in that list, some already old news like Doom n Zelda dlc. If, say, Animal Crossing, Metroid, Pokemon, etc. were to be covered, they'd be mentioned, especially before the likes of Style Savy (no offense if that series is actually good). Also still using "Fire Emblem for Nintendo Switch" when it would most certainly be given a name on it's reveal. Sounds like speculation/games they'll talk about regardless of new info, rather than already knowing what's in the direct.

Why would a small fan magazine know the content of a big Nintendo Direct. Use some common sense people.