it sounds legit.. or a pretty good fake :P

ps: i would love a crunchyroll app :) 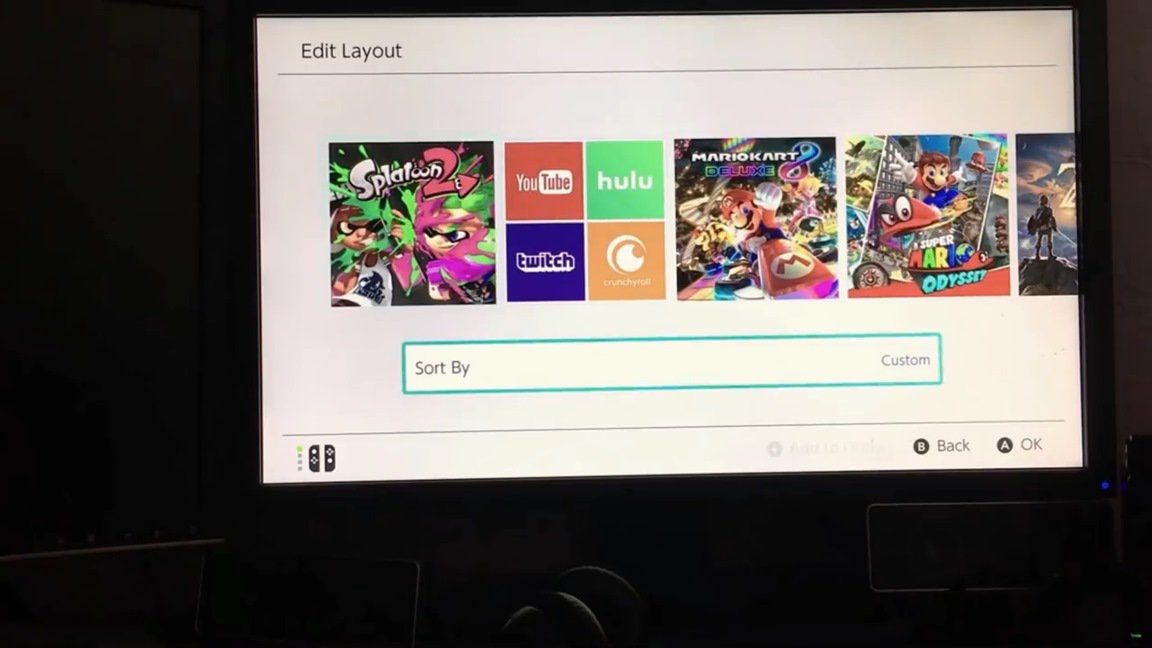 A new video has made its way online that claims to offer a look at Switch version 5.0.0. It offers a look at a few significant features, including folders, the ability to create an online lounge, cloud storage, themes, and more.

Here’s the video in question:

The video does an admirable job of coming off as legitimate, but in this day and age, you can never be too certain. We’ve definitely seen realistic “leaks” in the past that ultimately turned out to be fake. In any case, we should know if this is the real deal fairly soon, as the person who uploaded the video claims the firmware launches in early February.

A couple of red flags have been pointed out since the video first made the rounds. First, the YouTube icon pictured isn’t the latest logo. Secondly, while Mario Kart 8 Deluxe seems to be shown on the console as a digital download, that would take up 6.8GB of memory – yet it only shows that 2GB is used in the video. For now we unfortunately have to lean much closer to this being fake.

The system update leak is fake. The console has Mario Kart 8 DX downloaded digitally, which takes up 6.8 GB of space, but only 2GB of System Memory is taken up, less than 3.2 GB of the SD card storage is taken up, and only 0.9 GB of Cloud storage ist taken up.

Why it's not a dummy icon: makes no sense for an internal (!) testing team to fill their home menu with dummys and not test the features with actual software. I also think that if it were real, it's surely not intended for the public so why put them there for noone to see?

Will most likely shown on the Jan Direct.

pretty much everything the casual gamer person that purchased a Switch wanted aside from games. Although doesn’t show Netflix...

also watching the video...”ADD TO VIRTUAL CONSOLE FOLDER”(0:12) and Themes, and Cloud Storage(looks like 2GB as halfway used with 1.1GB unused)

Looks real but urgh...believing in those "leaks" had led to so much disapointment in the past...

If this is fake, is a really good one.
Props to whoever made it if it is indeed false.

That's a good fake but the fact he didn't go into Youtube and such makes me think BS. Seems like it's hacked and put an icon and other stuff.

Looks pretty convincing. Makes sense too, as the Switch really hasn't had exactly loads of new features recently from what I've seen, so Nintendo should have a big update like that.

I've seen too many realistic fakes to believe this without a doubt.

But I do believe this... with a little doubt.