why do u people act as if your opinion is objective....

Why don't you ask the guy who thinks it's shameful for people to prefer one console to another that? 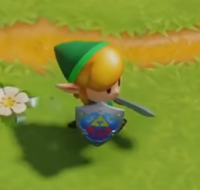 Xbox One selling more than Switch in Europe have an (easy) explanation. As an example here in Denmark the Xbox One console is insanely cheaper than the Nintendo Switch. Some retailers as Power and Elgiganten oftenly lower their Xbox One prices to less than 200 euro including a game. I personally bought a XOne S for the price of 160 euro, including Assassin's Creed Origins the day after Christmas. As a comparison, my Switch was bought for 300 euro, almost double of the price.

They did say when they hit the figure - december 10th.

Why are people on dedicated sports sites so obsessed with seeing how well certain teams are doing? You can just sense them salivating and getting so excited with each goal their team scores. Why? What does it matter to you??

Yeah, pretty much same thing in Sweden. You often see full page adds in Mediamarkt or Elgiganten's news pamphlets with deals cheaper than PS4.
As for if Xbox One is overestimated in Europe, that's possible. But who knows.

Nice PS4 numbers, again over 1M... and X1 wasn't able to outsell it even in USA for the week.

What a great deal on X1, makes Switch not that much desirable in comparison at the same time.

PS4 will always better Nintendo sales in Europe irrespective of price. Europeans love CoD and FIFA - a lot of people only own the console for those instalments - nintendo haven't had a good version of either game in forever.

Because success matters. Seeing Sales consoles hit 1 million in a week or 80-100 million in a generation almost guarantees you'll see the next gen console come out next. More sales on hardware brings more sales on software giving developers confidence that their title is going to get the widest dissemination. We watch sales because we are gamers and want to at least be knowledge of a games success.