Pokemon Switch is going to be Nintendo's most important title to come out on the Switch. It could make the console more important than the PS2. Pokemon is more accessible to people than Mario ever was. It's a market that Nintendo's other properties cannot break into (excluding maybe Nintendogs) and that is the female market. I'm telling you right now, Nintendo makes a Pokemon game that gets reviews like the originals it will sell 30+ million.

At this point that is the only Nintendo game I want to see.

^
Like Yuge! Seriously look at all the third party franchises that never came to a Nintendo console that could come to the Switch because of how 3rd parties now sell their games.

This and a bunch of other crap I don't want, but everyone else might!! Not a sarcastic topic, just thinking as a business man. Honestly, get those 3rd party games to come over, especially Square Enix and get a good Monster Hunter. That's the third party support needed. The biggest game in terms of how big the Switch will be is Pokemon.

What about Animal Crossing? 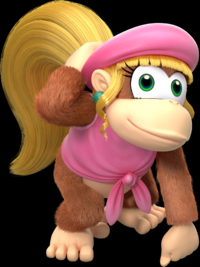 Your title makes no sense to your OP though....

Does the Wii U really count though? I think the portability adds a reason for people to purchase re-releases.

The correct formula is:

He means to say Nintendo will have huge success with pokemon like third parties do with multiplatform? Right?

I don't know what I mean. I don't really care, I just want to see what the new pokemon looks like and cheap blueberries.