Tatsumi Kimishima, president of Nintendo, said on Wednesday, "We would like to be over 20 million units" about the annual sales volume of the "Nintendo switch" of the new-type home game machine "Fiscal Year 2018" in response to the interview by the Kyoto Shimbun.

Aside from their forecast to sell 14 million units in the current fiscal year. They want to make Switch more popular by releasing software that enables new ways of playing.

We anticipate selling 14 million units in FY 2017 and are planning to accelerate the momentum of popularization by launching software that enables new ways of playing.

Kimishima clarified that their policy of DLC is used to allow software to be played for a long time. (Like GaaS)

President Kimishima stressed that "I want to ship more than that" for FY 2018. It also clarified the policy to enrich the download contents to allow the purchased software to be played for a long time.

Well they better have Smash Bros coming out in 2018

So the 25/30 million shipments rumor might be true after all. With Smash and animal crossing that's totally possible.

Right so new animal crossing and something like smash bros must be coming. Not sure about pokemon

Just release the biggest Animal Crossing yet coupled with lots of AA games like Pikmin and Fire Emblem and you’re done.

Switch’s biggest rival is its own supply. 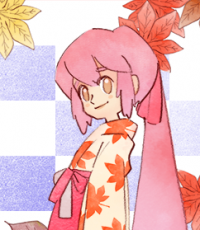 he better have the software.

Get Smash, Animal Crossing, and of course Pokemon out by this time of next year and those 20 million units are a given.

With Pokémon read for november or Animal Crossing