Good Numbers and i'll give a try for this Demo :) 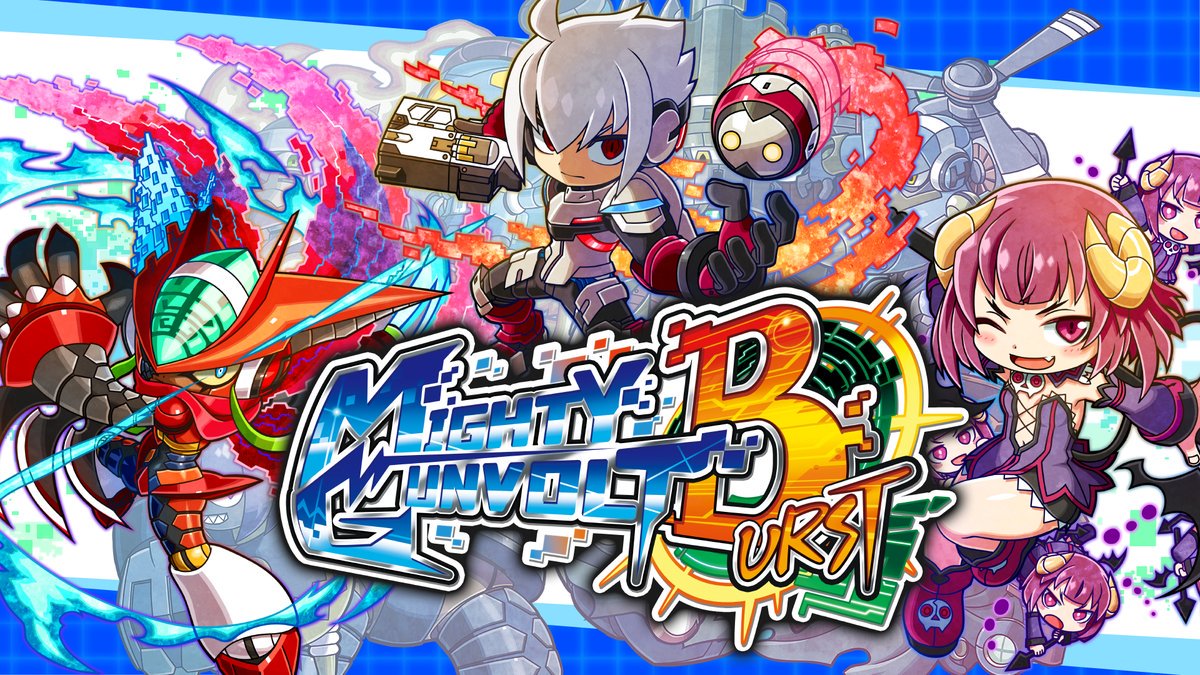 Inti Creates has shared a bunch of new information about Mighty Gunvolt Burst. We have news about the latest DLC characters, the new update, sales for the game, and a demo.

– When clearing the Gateway or Cyberspace Coliseum stage without taking damage, the additional bonus points (+3000) earned for a no damage clear are not awarded.

– On Joule’s customization screen, incorrect text in the Help Guide would occasionally display instead of the proper text.

– (3DS Only) When the thumbnail for “Pixel Sticker No. 176” appears, the wrong image will sometimes appear.

– Other minor bug fixes have also been implemented in order to improve game performance.

A demo for Mighty Gunvolt Burst also goes live on December 28. Finally, Inti Creates has announced that the game has surpassed 80,000 downloads.

More praise to the Switch

Thats pretty decent numbers. i keep thinking to purchase it myself, but I should really stop buying insane amount of games, until I beat at least half of them.