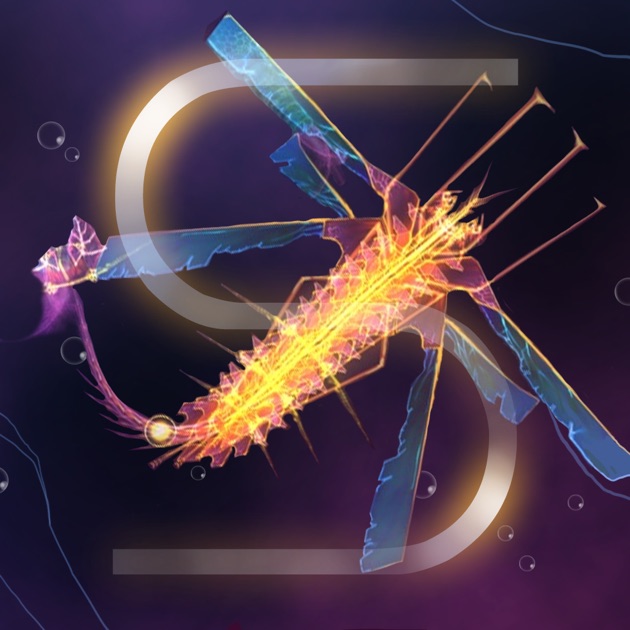 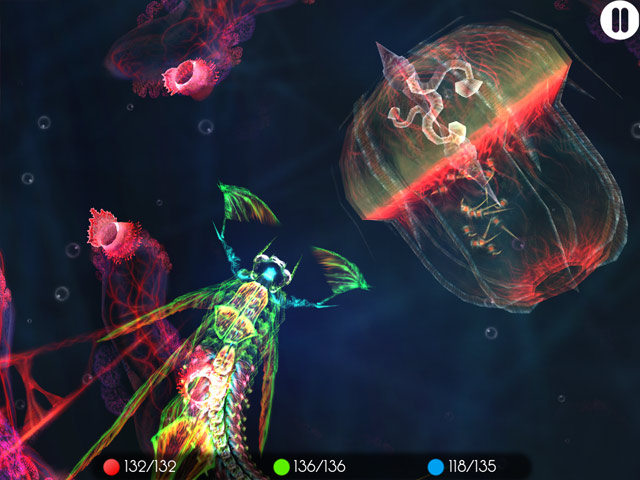 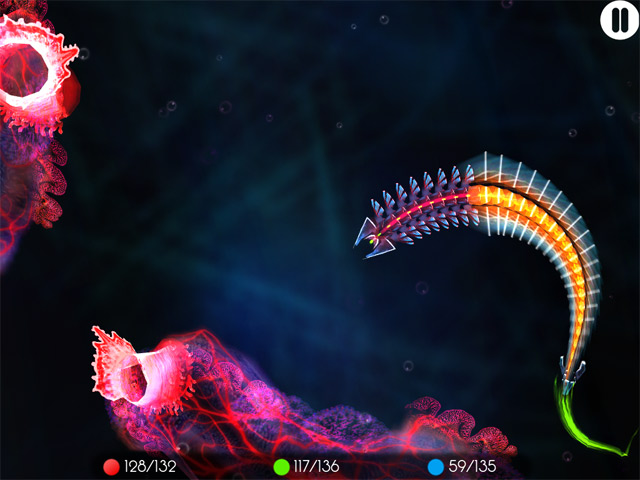 "We give you control over your Sparkle's development and wellbeing, and you have one goal - to evolve. Whilst exploring the Sparkle Void, you find various nutritious elements to eat. Sometimes you will even have to fight for food with other species. You become what you eat - you get to choose whether your sparkle becomes a fast and aggressive carnivore, a sluggish but fast-eating herbivore, or an omnivore, whose features lie somewhere in between. Insight to your Sparkle's DNA strand will give you information about the progress and will help you plan which microelements you want to focus on eating next. You will also get to fight giant bosses from time to time."

- You start off as a little spec of an organism and depending on what you eat will effect how  it evolves. There are 3 different classes: Carnivores (red), Herbivore (green), and Omnivore (blue). Each class has 3 stats associated with it and of course eating more of one color will boost those stats more on next level up (which there are a finite amount). It allows for mixing and matching of class traits so by the final level everybody should have something unique.

- Very eye grabbing presentation. In keeping with the theme of being a micro-organism the game employs a visual style that mimic's looking through a microscope with added neon glow for extra flaire. As your organism eats, it will evolve gaining extra appendages and segments and stuff. Seeing all that stuff growing in is awesome. As you progress stages start to include other organisms that will share space with you and your A.I. rival adding to the visual spectacle of the game.

- Its a chill game, but it ultimately feels kind of ... pointless? An extra layer is missing. There are 15 levels with a finite amount of food and the only "enemy" is an A.I. controlled organism that also wants to eat colored coded food. Whoever eats enough food to the point that it would be impossible for the other to take the lead is the winner. Problem is this A.I. sucks and is never ever a threat so why bother? You cant attack each other either. We are raising this bad ass organism .. for what? No enemies to test you organism,There are no multiplayer modes, no shares modes, no leader boards... Nothing.

- Ignore the line about bosses. They're stretching it. There are 2 stages where you are task with consuming huge organisms. They don't fight back and there is no health/life soooo its ends up just finding the right pattern to eat them. Making these a time attack ( You have 3 minutes to find proper order to eat organism) would have made them more interesting. Put some stacks out there.

They have a cool concept. Making a better game out of it is the next step. What is here is lacking. Just one type of competition mode would have put this in the 3 range.