All this publication's reviewsRead ful

Crisis on the planet of the Apes livestream footage from Serphim190 on youtube.

Wipeout VR update reworks the whole game fully into VR. Graphics as impressive as on the TV if not better with the 360 degree space and popping steryoscopy. Truly a must have title and PSVRs new killer app.

GT sport also gets Time trials this week with the new update.

30 confirmed, New games coming this spring. There will be some that weave in an out but Sony seem pretty confident compiling this list which is narrated by PolishPaulVr on Youtube.

This week among some other releases we'll see ARK park. Here is some footage. 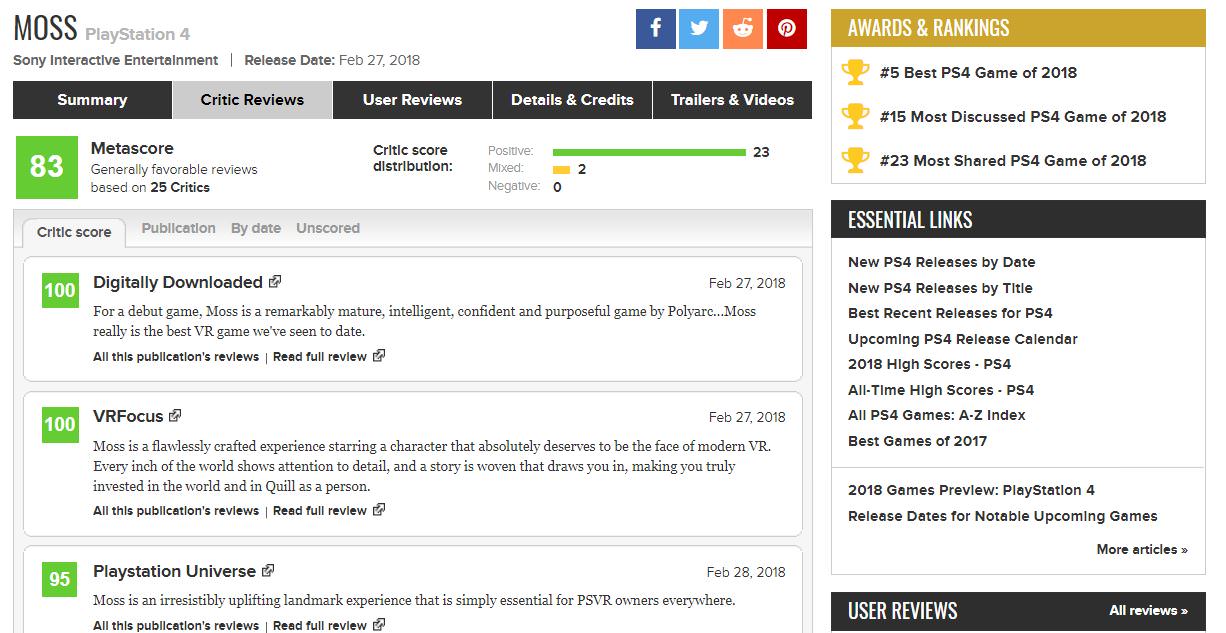 And if you are currently just getting in on PSVR, here is a decent run down of the best games so far this past year I think most will find agreeable, just ignore the obnoxious host.

What is your favourite so far and most anticipated going forward? Wallets ready people!

I think you might be approaching vr overload man...

Moss was the best I've played so far. Really fun. I didn't think I would like it. It's worth the money.

The demo was pretty cool alright but the angles they chose were a bit off, an option to rotate the camera or at least angle it would be great. Is it out for PSN full release yet?

It's worth the overloading on, might aswel be digital crack.

My favorite is still RE7. That game was a goddam experience in VR and it gave me feelings that I don't think any other game/format had ever given me. It could be my goty thanks to VR.

I can't say, I have yet to experience VR :P

VR is the future. Sony is the only company with multiple development studios putting serious effort into it.

RE7, even as somebody who doesn't get easily spooked, was so damn good in VR that I had to put it down. (It also was the only VR game that may have caused me some slight motion sickness, due to the right stick camera controls - gotta go back and tweak my settings though to be sure).

Thumper and Rez Infinite are practically must-haves too imo. I haven't had the chance to get really into anything else besides Farpoint since black friday, but I have a whole backlog of VR games that I'm preparing to dive into!

Mario Kart VR is the best VR game ever made.