I really like this game, I bought it first for ps vita and then for ps4 (for my little sister) 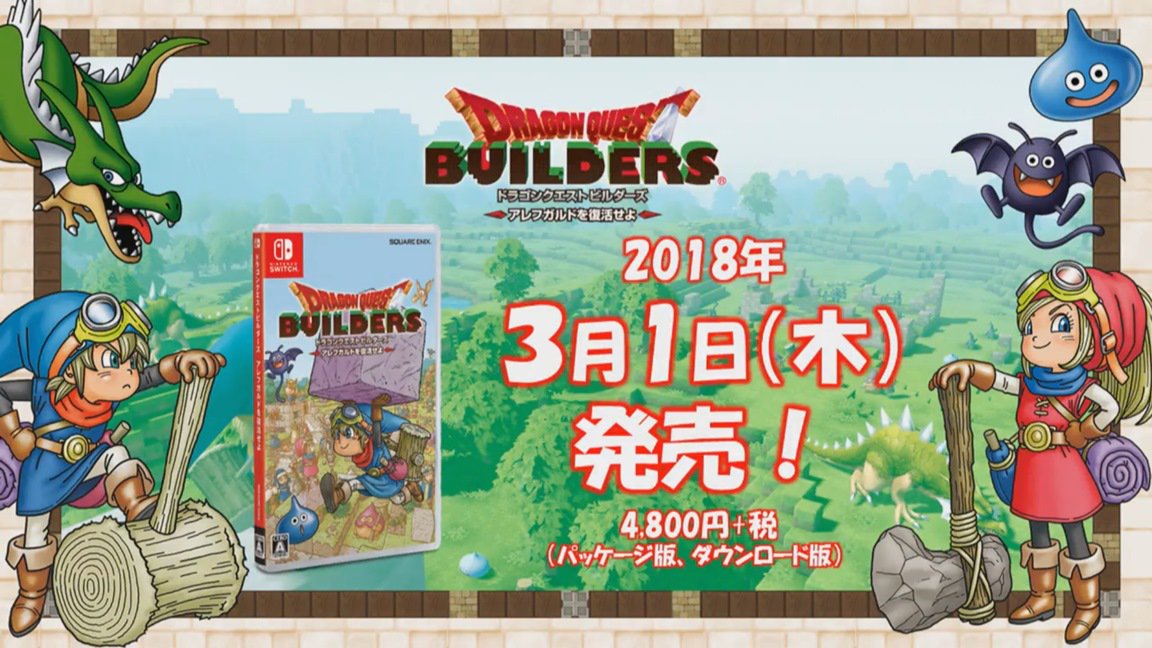 Dragon Quest Builders launches on Nintendo Switch in Japan March 1st, 2018. Currently set for Spring in the West (no date revealed yet).

A demo will be released via the Nintendo eShop on February 1.

Early purchases will include early access to “Slime Eye” and “Slime Mouth” recipes.

Oh it is coming to the west, that is awesome. Guess I will pick this up.

It seems like its been a while since they first announced this on the Switch.

Fantastic game, really enjoyed it on the vita.
Replaying is a little iffy.

Some things are better to know before playing it, so you don't have to re-do them.

Is this just the first game?

Are there two Dragon Quest Builders?

That's exciting. Gives me time to decide if I want ps4, or Switch.

Trophies vs portable.   Probably portable, but I did that last time.

I'm debating on that too.

I'd prefer playing games on my TV and getting trophies/achievements.

But portability is nice though I mainly play a portable game while I'm at lunch at work, dont travel that much.

That makes me want to get the trophies of the next one to make up for that.

That assumes they both play equal. It doesn't seem like a kind of game that would give the switch any problems though.

I do portability while watching TV, or waiting on people. Guess I have plenty of time to decide lol.