I already played on psv and it's a ok jrpg to pass the time. 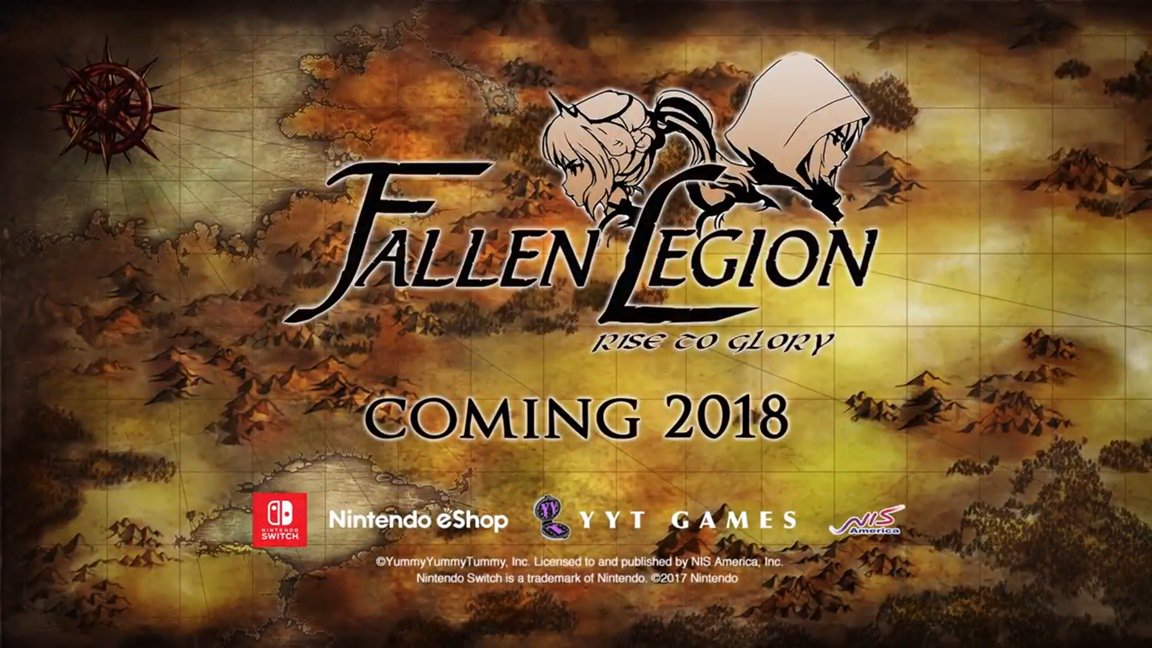 NIS America is bringing the action role playing game Fallen Legion: Rise to Glory to Switch, the company has announced.

Fallen Legion previously released on the PlayStation 4 and PS Vita as their own individual games, Sins of an Empire and Flames of Rebellion respectively. On Switch, both stories will be combined into one package.

Fallen Legion: Rise to Glory launches on Switch in 2018

I got the PS4 version for free recently from the developer.

I've been playing it recently and enjoying it - its like Valkyrie profile but with active time battle elements where you can choose to defend in between attacks and enemies attacking you freely too.

I'm planning to get the full collection on Steam which was announced few weeks ago.

Strange that they decided to name it different on each platform.

this is a game I've been meaning to buy, but never have. I can see myself waiting for the switch version ^_^.

Combining the two seems like a great deal for the Switch. Very nice!

Not my kind of game. Any word on price though?

Its being combined in two on all platforms.

Well for Playstation, you get the PS4 version of the 2nd game if you already own the Vita version.

Steam/PC gets both versions under one package called Fallen Legion +

Oh I see, well I am happy for all involved. Mostly for Switch because I am just happy third parties have come back.