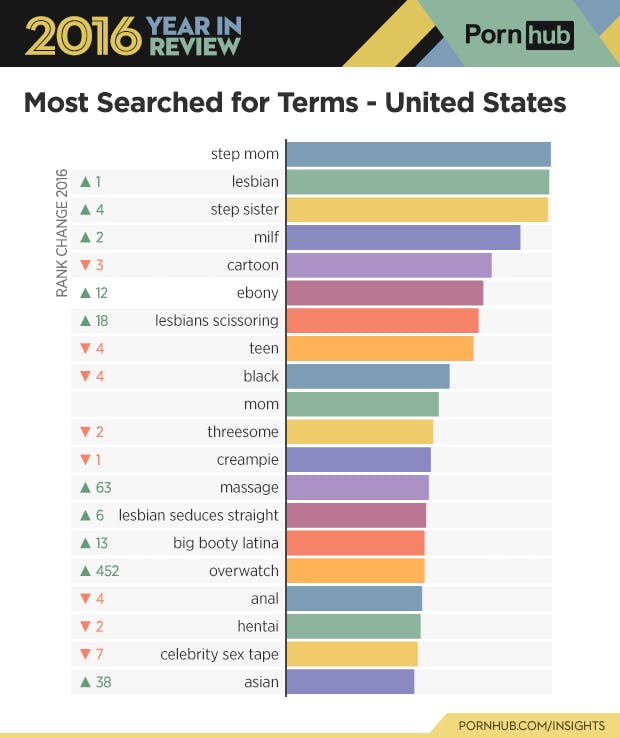 The UK, similar to the US, but much more on lesbianism, and much less on incest. WHAT'S WITH YOU NATIVE ENGLISH SPEAKERS?

France doesn't care what category they watch, just as long as it's in French.

North Korea... Kim Jong Un in other words. Has an obsession with other East Asian nations... watch out Sweden!

Switzerland likes massages. Aside from the incest stuff a little way down, nowhere near as weird as I hoped.

I REEEALLY wanted to find Japan stats, but couldn't find any. It's weird how the only East Asian country that seems to have published stats is North Korea.

Canada sure is kinky.

Is "step" really incest though? I think it is about taboo without being too disturbing the way incest is viewed.

Errr, Overwatch was on quite a dramatic rise in the US. So much for Blizzard putting that cat back in the bag.

Who is lisa ann? Has to be popular to be in the top 3 with kim and milia.

I don't get why half of the videos now are stepbrother, stepmom, sister, ... What happened to the nurses and babysitters?