WWE 2K18 is just a couple of days away from hitting Switch. 2K has announced that the game is slated for December 6.

By pre-ordering the physical version of WWE 2K18, fans can receive two playable versions of WWE Hall of Famer Kurt Angle: his WWE “American Hero” persona (2001) and his ECW “Wrestling Machine” persona (2006). Digital copies will come with the Kurt Angle pack at no extra cost through December 13.

2K says that WWE 2K18 on Switch “is a robust offering featuring the new grapple carry system, new weight detection, thousands of new animations, a massive backstage area, and up to six characters onscreen at once.” Up to four people are supported in online and local multiplayer.

Continue on below for a breakdown of modes, physical options, and DLC.

The MyCAREER experience puts you on the path to greatness as you journey along on the road to WrestleMania. Explore WWE like never before through a free-roaming backstage, conversing with WWE Superstars, forming alliances, making enemies, seeking out quests, and strategizing for upcoming matches.

Introducing the all-new Road to Glory! Compete with opponents online to improve your MyPLAYER by earning unlockables, boosts, and upgrades, all while securing your entry into special events that are held alongside real-life WWE special events, such as pay-per-views.

Customize WWE like never before with an even deeper set of customization tools and the new Custom Match option! The robust Creation Suite also offers even more detailed features for Create-a-Superstar, Create-a-Video, and Create-an-Arena.

The Biggest Roster Ever

Dominate the ring with TONS of your favorite WWE, NXT and legendary Superstars! We’re not kidding. WWE 2K18 offers the most complete roster of the biggest and brightest WWE and NXT Superstars and Legends to ever grace a WWE ring! 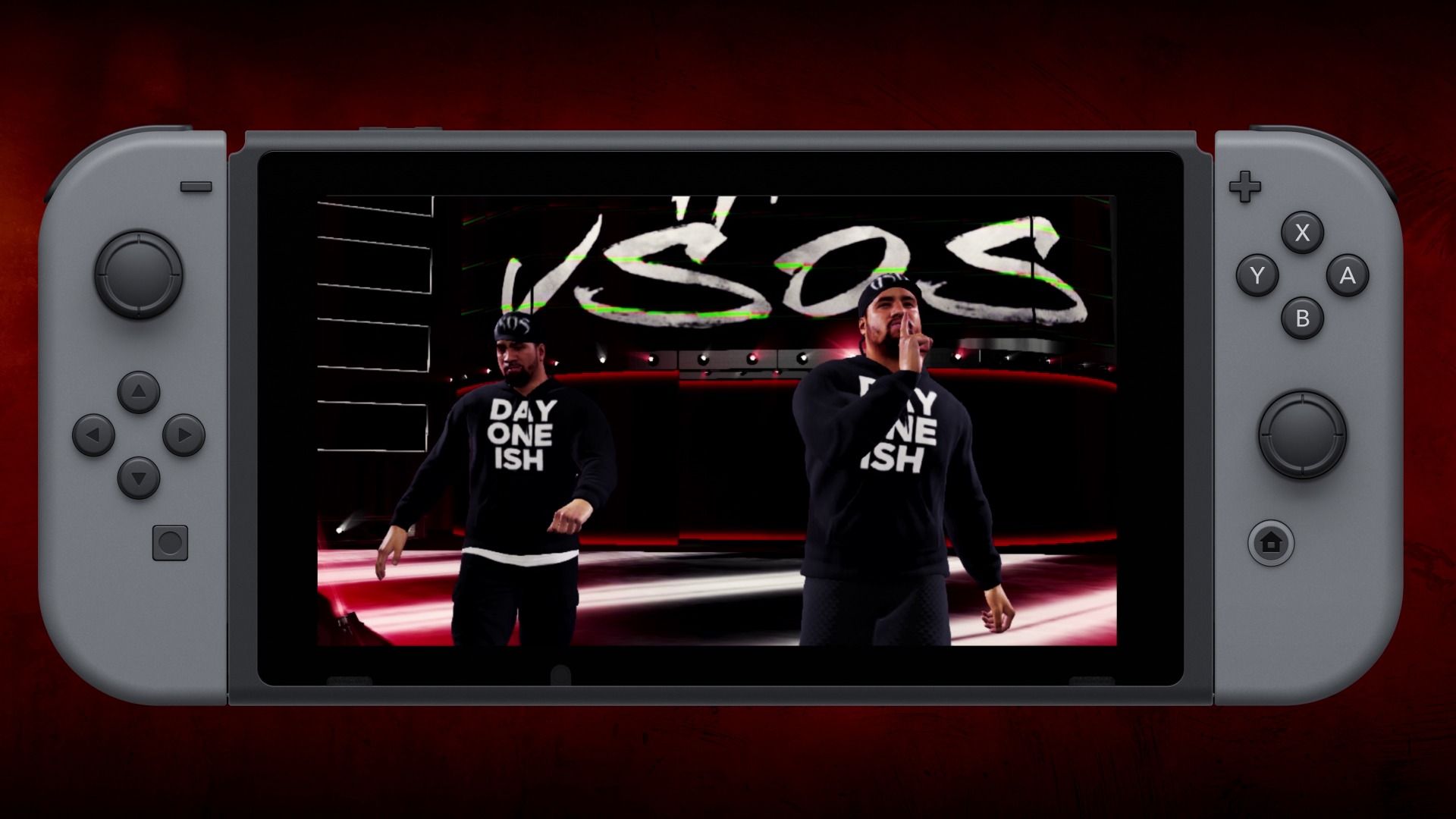 We have a variety of exciting options for Nintendo Switch players at launch. Physical pre-orders are available now from several retailers, while the digital version will be available this week.

Pre-order the physical version and get access to the Kurt Angle pack‡.

Purchase the digital version and download the Kurt Angle pack from the Nintendo eShop at no additional cost through December 13, 2017.

Available for purchase on launch day for $29.99, a savings of over 23% percent versus individual content purchases.

Players will receive the items as they become available on the Nintendo eShop.

Available for purchase on launch day for $7.99.

Players can also decide the overall rankings and attribute levels for all playable characters throughout the life of the product;

Available for purchase on launch day for $4.99.

Players will be able to unlock and boost MyPlayer ratings and attributes via a 50,000 VC starting bonus;

Players will begin with 10 additional Attribute Points for MyPlayer and can boost any Attribute tower by 10 levels or spread the upgrades throughout multiple Attribute towers;

Available for purchase on launch day for $9.99.

We couldn't even see it coming! I guess the time to buy is now!

You can see the switch stock gone now ♪♪

Cool its coming back to Nintendo systems - sucks that 2k now kills off servers after a year.

Actually really excited for this. I think it will be the switches biggest selling sports title of the year.