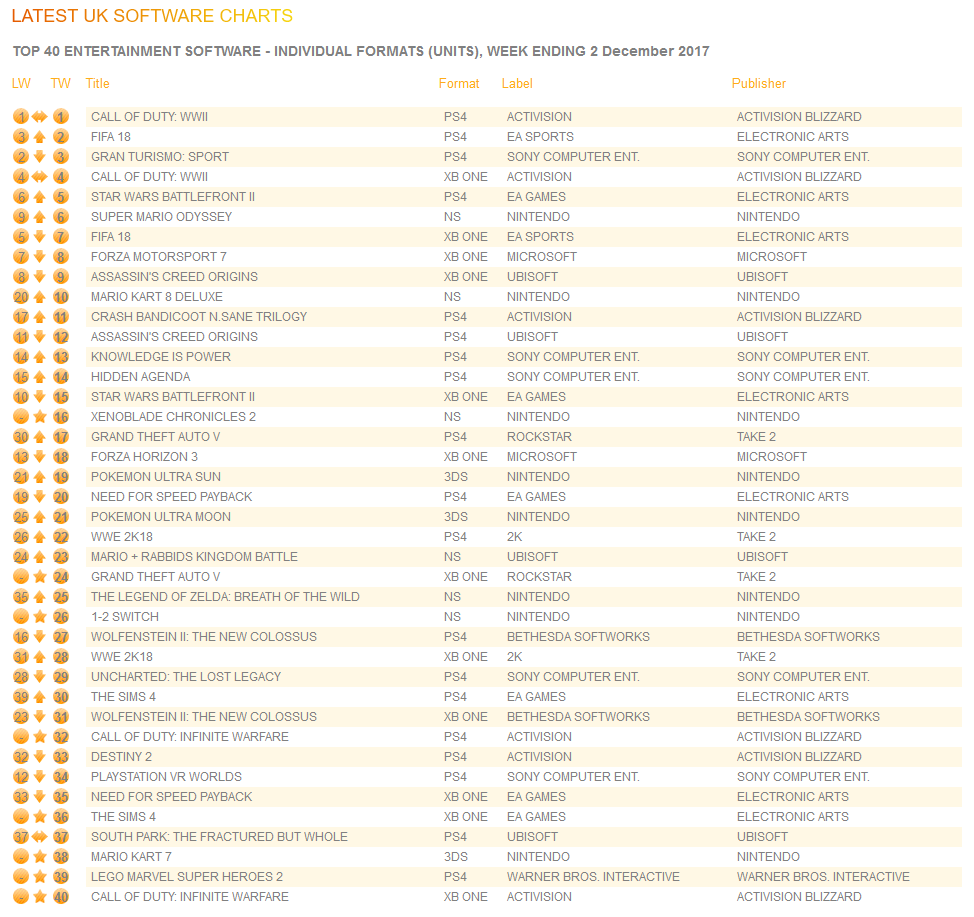 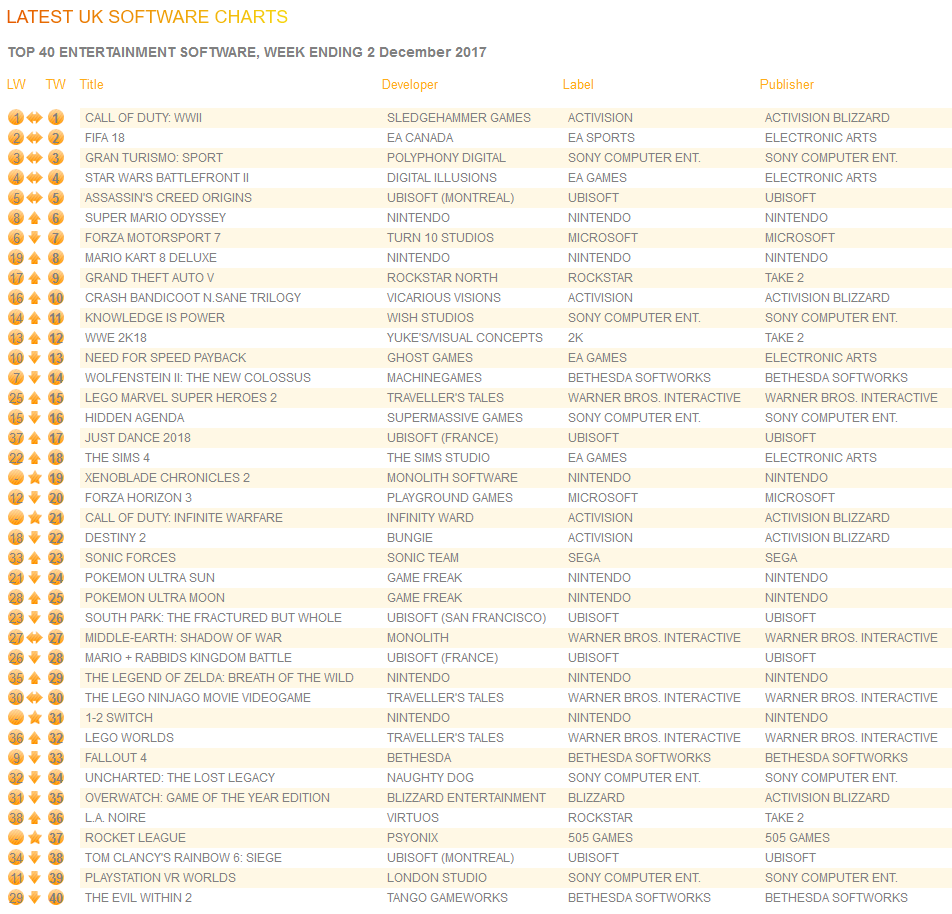 Somethings about Nintendo this Week:

Super Mario Odyssey continues to dominate. It has been the best-selling Switch game each week since its debut in late October, and it has now overtaken The Legend of Zelda: Breath of the Wild as the second best-selling Switch game this year. It remains to be seen if it can take the #1 spot from Mario Kart 8 Deluxe, though at its current pace, it’s certainly possible.

Great start for Xenoblade then, and Mario impressive but well deserved. Battlefront 2 still lingering too high up for my taste, this must fail and EA learn a lesson and Disney drop the Stsr Wars license. I'm

Top 3 are all ps4 games. Ps4 continues to dominate uk

19 games in the top 40 are PS4 games, almost more then every other system combined.

It's very different to the 360 dominated market it was just over 5 years ago.

Switch starting to make a presence.

And it's less than a month. I original said let's wait for 3 months to see how the dust settles and I also added that if it's only a month before it returns to normal, MS are in big trouble. They're in big trouble.

Xbox One X is a premium console targeted at people mainly already in the xbox ecosystem. It was never going to coincide with a big software boost