Here is an interesting topic, I'm not asking which game series you want to die out because of whatever reason.

But instead, which games do you not want to see sequels for, because a sequel will most likely ruin the original game in some form or another? 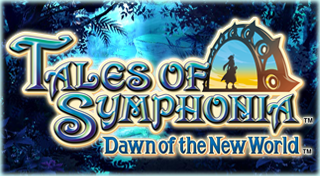 So for my pick, I would go with The World Ends With You. There was a mobile spinoff or something, but don't really know anything aside from that so it doesn't count. The original game had a great atmosphere, story, and unique gameplay and I feel that a sequel won't be able to match up to that standard and would just be inferior to the original.

"I'm not asking which game series you want to die out because of whatever reason."

Dammit! That takes away so many franchises from my list...

Let me think about it

Hmm... dawn of the new world wasn't that bad story wise. It's just that it felt more like a side story than a sequal. It focused mostly only on the 2 new characters and it lost the pacing of symphonia in both traversing the world, the story and most importantly the combat.

It is beyond me why they didn't use the exact same engine as the first game to do the second. Made no sense.

But the whole Tales series is a train wreck. It started strong, but after countless titles, besides the classic ones, only symphonia, abyss and vesperia are worth playing.

Anyways, i guess Shadow of the collosus doesn't need a direct sequal.

I have the first two chapters of the prequel (finished the first) but I don't think they were necessary at all.

Also, Metal Gear should have ended with 4.

Cuz you won't feel any impact on the grand scheme of thing, you know already how the adventure will finish.

GT Sport. They should keep adding content to it now and not release a GT Sport 2 or GT7 until next gen. Don't split the userbase again like last gen.

Pfft, I actually prefer Dawn over ToS. Replaying ToS before, it didn't feel as well as the 1st time I played it. I could replayed Dawn over and over though. And I welcome a sequel to TWEWY whole heartedly. Bring on the sequel!