Forums - Nintendo Discussion - It's comming! What do you expect from Zelda: BotW 2nd DLC...?

Honestly, I'm having a pretty hard time waiting for The Ballad of the Champions. After more than 250 hours into BotW (all Shrines, Divine Beasts and Armors completed, still 600+ Korok Seeds to get), I still find joy in jumping into the game from time to time and running, climbing and paragliding through Hyrule. It's such an accesible, enjoyable and fun way to spend my time! The Hero's Path give me clues about where to explore (places where I haven't been, mostly) and it's nice to find new Petraroks or Hinoxs in order to get the Monster Badges from the Monster Shop. But, even if jumping into BotW is easier and more appealing than playing any other game in my PS4, Wii U, PS3 or 360, I'm starting to need MORE than what I've done up to now, and since there are so many possibilities in the game (and since the wait is killing me), I find myself thinking from time to time what the new DLC will feature and what I'd love to see in it. So, if you're as "desperate" for it as I am, join me on this "elucubration" thread and lets make the wait easier! These are my expectations for The Ballad of the Champions... What are yours...?  =)

2. 12 new Shrines (or something similar): After completing the 120 Shrines, you're still 12 Spirit Orbs away from having both Health and Stamina at its maximun level. So I'm pretty sure the DLC will include either 12 new shrines or 12 new missions/methods to get these last Orbs in order to let us totally upgrade Link.

3. A new dungeon!: Well... this was confirmed by Aounuma itself when the Expansion Pass was announced, so we can count with, at least, one new "proper" dungeon in the DLC.

4. New Bosses and Enemies: The new dungeon must come with it's own new boss, and of course we will get a "proper" final boss afthr that one... Or a second form, at least. I think (or, more precisely, "hope") that we will also get new overworld and dungeon enemies. It would be pretty dissapointing if we don't get anything new after the considerabily low number of enemies and enemy variations in the original game  =P

5. DLC2 goes Full Yiga: I think the Yiga will play a bigger, prominent role in the DLC. As in Zelda: II, where Ganon's followers were trying to revive him and you were given the mission to stop them, in BotW the Yiga are still out there after killing his "leader" and, in fact, they become more present and agressive. I think the main plot will give them something similar to that role (reviving Ganon), and I also think that we will see new Yiga characters too. We may even have to face them in several ways in the new main and side missions.

1. Make Link Dive Again!: Zelda:BotW 7/10 too much water BUT YOU CANT ACTUALLY DIVE OR GET SOME NICE IRON BOOTS TO EXPLORE THE DEEPS OF THE BIG WATER BODIES OF HYRULE! I'd love if DLC2 features something like MM's Zora Mask in order to navigate more fluently through rivers, lakes and seas, or at least Iron Boots to reach the bottom of these places, but I think it is unlikely that the developers would add that since many of these bottoms are probably "underdeveloped" (they might not even exist, for the deeper ones) and reshaping/creating them would imply a lot of work for them. Still, having that much new "terrain" to explore (water boddies are almost 40% of Hyrule in BotW!) would be an awesome addition that could expand the Zora's role in the game with new missions, minigames and possibilities everywhere. Althoug a "wish" more than a "safe bet", something inside me tells me that this might be included in DLC2

2. Make Link Fly Again!: Since the 2nd DLC content will only be accesible post-game, when most of us will have already explored almost everything in the map, it would be great to allow us to "get back our Loftwings", or something similar (like a new ability from the Rito that lets us fly) in order to traverse Hyrule through the sky... with all the new possibilities this implies; new minigames, new "air races", new role for the Rito... It's even more unlikely to happen than the diving thing, but I'd truly love it.

3. Let us REALLY rebuild Hyrule: My safe bet is that Hyrule Castle and Hyrule Castle Town will be rebuilt, one way or another, in the 2nd DLC. But what I'd really love (and I think it's unlikely to happen) is to have the chance to rebuild every single ruin (or, at least, every single "ruinned village") in Hyrule. I've found ruined settlements even in Death Mountain's hillsides, so it would be great to have NPC's tasking you with different kinds of missions in order to rebuild their old villages, towns, settlements, posts, etc.

4. Bring back classic enemies!: I really missed, Darknuts, Iron Knucles, Tektites, Armored Stalfos and many other enemies in BotW. Even if BotW Lynels have become my favourite Zelda Enemy ever, having Darknut with such well crafted behaviors would be awesome. I really hope they make a comeback in the 2nd DLC, but I find it unlikely since I don't see how could they fit in this new lore of BotW Hyrule (if they were to appear in the game we should have seen them, or got somee clues about them, in the main game memories, quests, etc.).

5. Hookshot?: The developers already said in an interview that they didn't saw how to include the hookshoot without "breaking the basics" of BotW Gameplay. Well... like what I said with the "flying" thing, since the 2nd DLC is post-game content we will have already climb as many walls and hillsides as possible, so getting a hookshot will make things easier and less repetitive after beating the initial "campaign".

I want to hear/read what you're expecting (and wishing) from BotW DLC2. Leave it down here and let's make the wait easier!  =D

I just want their full backstory on characters I'm suppose to care about. Frankly I'd like to be able to team up with them. Not just use their powers.

Rebuilding Hyrule seems like a massive update that would take tons of time, art and engineering resources, so I think this is unlikely. It hasn't been close to enough time to develop something that huge unless they began dedicating resources to it three years ago. In addition, it would be a far more expensive expansion than what we paid for since they'd be effectively making a new game.

A new storyline seems like something that is a safe bet. That's really all I am expecting.

We do have to keep in mind that it will have to be on the WiiU too, so they cannot go crazy.
BotW already pushed the WiiU to its limits, imagine what kind of framerate the game would drop to if we were walking around a populated town.
Kakariko is already a bit too intense, I don't think we could get a proper Castle Town.

Maybe they could add a sky city, a minish-esc town or an underworld.
Something they can segment from the rest of the open world in an organic manor.

But, as I said, Hyrule Castle and Hyrule Castle Town pre-calamity 3D models are already there, we've seen them in the in-game memories (which are made with the game engine). So having these two wouldn't take as much time and effort as, for example, having a rebuilt version of Mabe Village, Adenya Lake Village, etc. Also, most of the ruins share the same basic models and structures, so they wouldn't have to create every single building and every single infraestructure for every village; they can use the same building models for wood based villages, stone based ones, etc.

Only a new story with no new gameplay mechanics or enemies, just exactly the same world with new "go there, make that" missions, would be very disappointing to me  =(

I just want the new dungeon to be great and huge. BotW was my biggest letdown ever because of the dungeons, so if the new one is good it'll at least "redeem" the game a bit to me.

Edit: A recipe book wouldn't hurt either. It would make cooking easier and be another thing to complete in the game, since I assume you would have to discover the recipes first in order for them to appear in the book.

Didn't think about this! This would be great!  =D

I want Zelda to be playable. 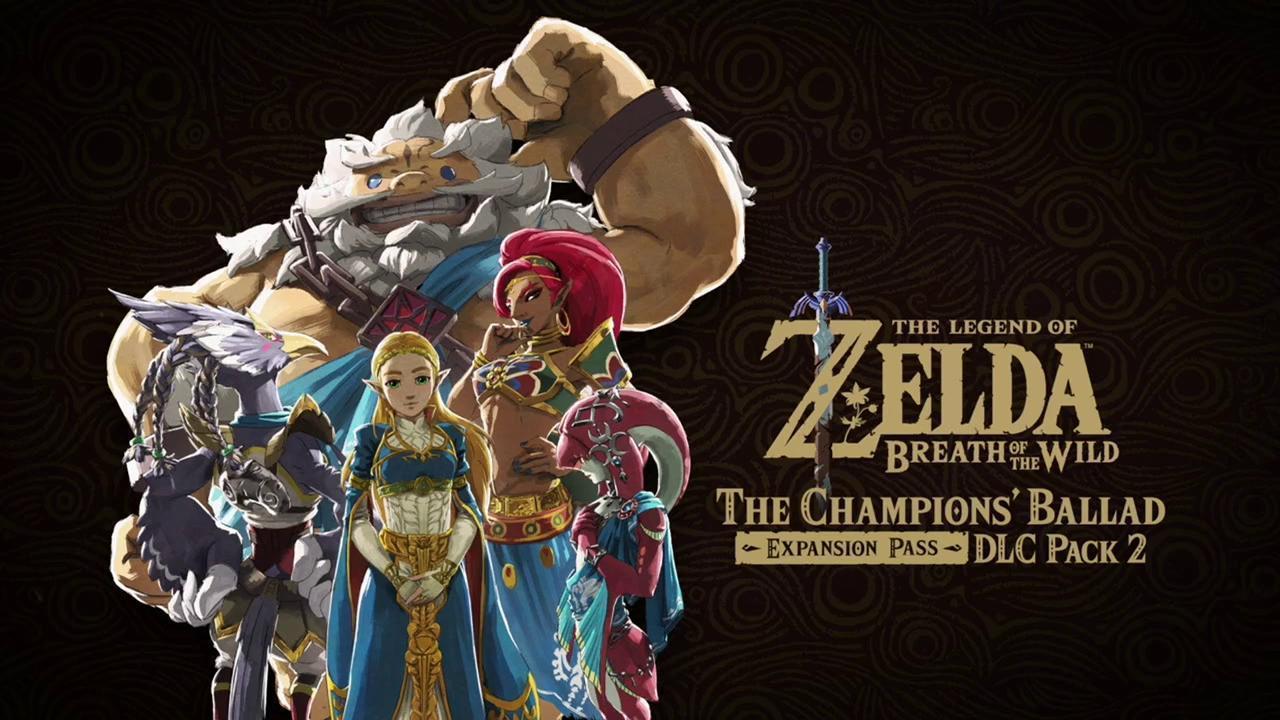 She's at the center of this image, so they better do it.