Square Enix has released the outline of its results briefing held on November 8, 2017, in which Square Enix president and representative director Yosuke Matsuda shares choice words for Nintendo Switch.

Here are the key questions and answers, which expand upon our initial report from earlier this month:

Q: Where do you intend to prioritize allocation of your development resources going forward?

A: We base our development resource allocations on the unique attributes of each platform. In particular, Nintendo Switch makes it easier for us to leverage our back catalog of assets and expertise, so we want to be proactive in creating new IP and rebooting past titles for that platform.

Q: What do you think of Nintendo Switch, and how are you approaching development efforts for it?

A: Nintendo Switch is seeing rapid uptake, and we welcome the arrival of such a platform. We intend to be proactive in our development efforts given that it’s a platform that is well suited to the mid-sized titles at which we excel.

Here are a few other interesting comments from the Q&A:

Q: Why is the balance of your content production account larger now than it was at the end of FY2017/3 even though Dragon Quest XI has already been released?

A: Development efforts for major titles are underway at both our overseas and domestic studios. We will be making announcements about the release dates of those titles between the end of FY2018/3 and E3.

Q: What do you think of the platform Steam for downloading PC games?

A: Steam has many users, but our games tend to get lost amongst the many titles it offers. As such, we think it’s important to guide users from our sales website to Steam.

Q: Left Alive was introduced in September. What will it cost to develop, and what is the positioning of the title?

A: We want to make it into a AAA brand, but that does not mean that we intend to devote massive development costs to it. Content-wise, the game will be satisfying in a hardcore way, and that’s how we want to market it to players.

"In particular, Nintendo Switch makes it easier for us to leverage our back catalog of assets and expertise, so we want to be proactive in creating new IP and rebooting past titles for that platform."

Translation: You'll get none of the goods that sell

Hopefully Nintendo will be more selective in what games make it to the Switch eshop. Those horribly rushed shovelware games can really hurt the sales of great games.

cause thats been in development for some time and runs on an existing PS4/ vita engine.

besides, the 2D collection is on Switch. so they already got that covered.

I don't understand your point. It should not be hard to port it over to Switch and, they should have announced if it were coming at a later date when they announced the game.

And that collection is only in Japan. 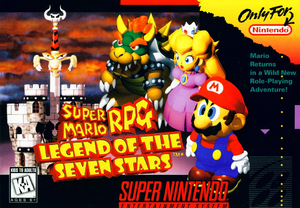 Its an engine that isn't currently designed for Switch. They didn't announce it for switch because the current resources are on making the game rather than porting the engine and game. When that is done they will start porting work rather than announcing something that isn't even in development. That is just stupid, and unprofessional.

So? They still released it and the games are on Switch. There is nothing ironic about not putting the remake on Switch right now. the collection already backs up what they said. Whether you like it or not is another issue I suppose.

Well, Actraiser was published by Enix so that really kinda rules it out even further as Quintet is dead the last I heard (developer of Actraiser). I don't even know if they'd have the rights to it anymore if ever.

I want to see a Final Fantasy V or VI remake that is more traditional. The World Ends With You 2, a new Mana game, or of course a new Chrono game but I don't know if they'd want to revisit that series or not. If they do, they'd most likely do a remake of Trigger. Which I would not oppose if it looks even remotely close to Dragon Quest XI.

Hm, I thought about it a little more and I realized my premise is wrong because in order for their to be "irony"  the game would have to never come to Switch, which is something I've never believed for a second. Just to be clear, I don't have a problem with SE(in fact i've never played their games), I think their support is pretty good so far. It just sounded ironic when I read it out loud.